10 cult films of the 80s to see absolutely 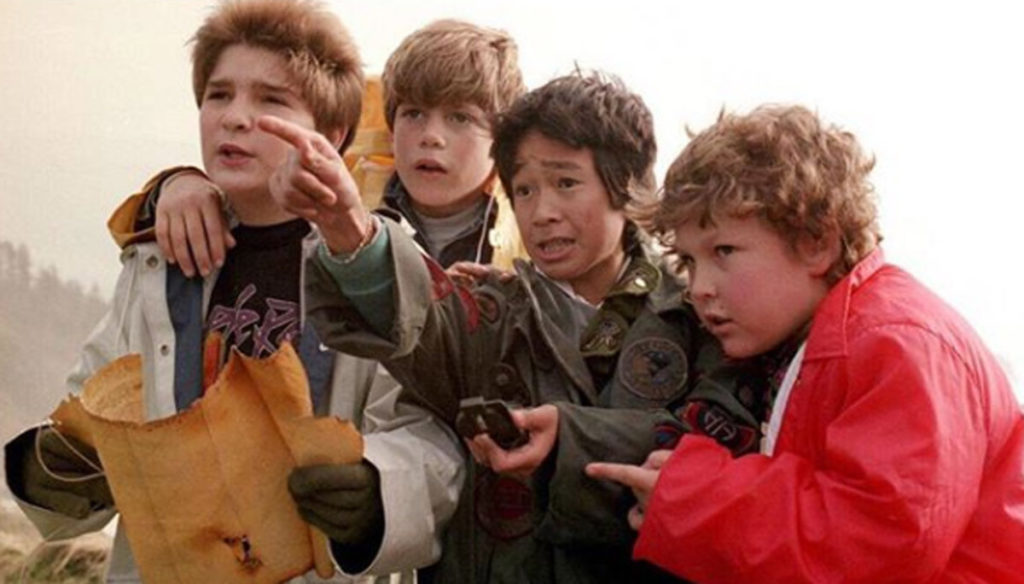 10 cult films from the 80s, which talk about adolescence, friendship and love that we and our children must see at least once in a lifetime 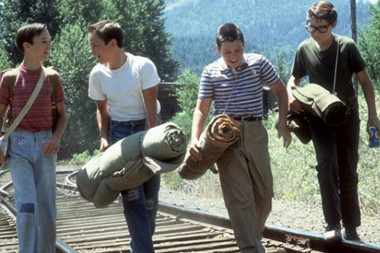 10 unforgettable films of the 80s to show your children

There are cult films from the 1980s, which talk about children and adolescents, friendship and love as you can live in those years, which not only us but also our children and grandchildren cannot fail to know. Jewelery that we all must have seen at least once in our life. Here are the 10 unforgettable titles:

1. "Stand by me – Memory of a summer", based on the story "The Body" by Stephen King. Directed by Rob Reiner in 1986 and played by a handful of actors who will become very famous in the following years: from Corey Feldman to Kiefer Sutherland, from Jerry O’Connell to the unforgettable River Phoenix. In the summer of the early 1960s, a group of four 12-year-olds ventured in search of the body of a missing kid found dead by the elder brother of one of them. A journey studded with a thousand obstacles and adventures that will mark the transition from childhood to adulthood for them. The friendship between the protagonist, the sensitive and shy "Gordie" Lachance (Will Wheaton), who tells the story in the first person as an adult, and Chris Chambers (River Phoenix), leader of the group, who first realizes the talent of Gordie in telling stories (the friend will indeed become a writer), is among the most beautiful things in the film. Along with the 1950s soundtrack.

2. Another unforgettable cult: "The Goonies", perhaps the most watched movie by teenagers (and not only) around the world. Directed since 1985 by Richard Donner, on the subject of Steven Spielberg (producer of the film) it is an adventurous film that takes its name from the group of four protagonist boys who call themselves "goonies", or "losers". The film is indeed a kind of revenge of the nerds, with the boys looking for a hidden treasure that will serve them to redeem their home (and neighborhood) from the project of some unscrupulous entrepreneurs. In the cast we find Corey Feldman, actor symbol of those years, Sean Astin, Jeff Cohen, Josh Brolin and Martha Plimpton.

3. The science fiction film "E.T.- The Extra-terrestrial" is the most successful of the 1980s. Directed in 1982 by Steven Spielberg, included in the list of the best US films of all time, is the beautiful story of the friendship between a little alien abandoned by mistake on the earth by his fellows and a 9 year old boy Elliot. After various vicissitudes, E.T. will return to space but will remain forever in the heart of the protagonist and his family. Among the actors in the film: Henry Thomas as little Elliot, Dee Wallace as his mother Mary, Robert MacNaughton is his brother Michael and a very small Drew Barrymore the little sister Gertie. The voice of E.T belongs to Pat Welsh, an elderly Californian lady who smoked two packs of cigarettes a day, which gave her a hoarse voice suited to the character. For the creation of the protagonist alien, Spielberg gave different instructions to the conceptual artists: E.T. it should have been only a meter high, with a telescopic neck and small plump feet. For the practical construction of the creature, he turned to the Italian Carlo Rambaldi. Which became forever "The father of E.T."

4. "The Gremlins", directed in 1984 by Joe Dante on a subject by Chris Columbus and also produced by Spielberg, is a film that was very successful for its ability to balance teenage and horror comedy. The invasion of vandalism and ravenous shrews that reproduce with water and fear the light of the sun is countered by the protagonist Billy (Zach Galligan) and his girlfriend, the beautiful Kate (Phoebe Cates).

5. In our ranking could not miss an unforgettable fantasy: "The Infinite History". Directed in 1984 by Wolfgang Petersen and based on the novel of the same name by Michael Ende, it tells the story of Bastian, a boy who loves adventure stories, shy and dreamer, harassed by bullies, who begins to read a fantastic book about a brave boy Atreyu and his journey to save the kingdom of Fantàsia and its empress dying from the invasion of "Nothing". In the end, Bastian will understand that it must be him, summoned by the protagonists of the book, to save Fantàsia. An experience that will make him stronger and help him overcome the difficulties of his life, including bullies. A beautiful film about the power of fantasy, imagination and our dreams.

6. Another cult film of those years was undoubtedly "Back to the Future" (with its various sequences). Film directed since 1985 by Robert Zemeckis who achieved an incredible international success, considered an icon of the eighties cinema and interpreted by Michael J. Fox, actor symbol of those years and Christopher Lloyd. Set in California, in 1985, where seventeen-year-old Marty McFly, an unruly but courageous high school student who tries to break through with his band and struggles with a problematic family, is catapulted back in time by the machine built by his friend a scientist ("Doc") and he will then have the opportunity to change the course of history, so as to guarantee his family a better future.

7. Raise your hand if you don't remember the mantra "Put the wax, remove the wax" from "The Karate Kid", a 1984 film directed by John G. Avildsen. First chapter of the tetralogy of Karate Kid who gave international fame to the actor Ralph Macchio (in the title role) and to Noryuki “Pat” Morita who was even nominated for the 1985 Oscars. The film tells the story of the sixteen year old of Italian origins Daniel Larusso, moved with his mother to California, where he befriended immigrant Kesuke Miyagi (Morita). Daniel, initially excluded and harassed by local bullies, will find his rescue weapon in the discipline of karate.

8. "Footloose", a commercially successful musical directed by Herbert Ross in 1984, which dedicated a very young Kevin Bacon to success. The film is inspired by real events and tells the story of Ren, who moves from Chicago to Beaumont, a small provincial town that has banned rock music, dancing and everything that could corrupt the morality of boys, after years before two young men had died returning from a concert outside the city. Obviously in the end the music and the dance will win over everything.

9. "Labyrinth", a fantastic 1986 film directed by Jim Henson (the creator of the Muppets). Starring Jareth, the Goblin king, played by David Bowie, and Sarah, a very young Jennifer Connelly. Sarah is a fifteen-year-old daughter of separated parents, who often takes refuge in a world of fairy tales, and who, reluctantly forced to babysit her little brother Toby, invokes the gnomes to take him away with them. Realizing that his wish came true, Sarah will have 13 hours to find the child locked up in a maze, before he too turns into a gnome.

10. "The time of the apples" ("La Boum") is a 1980 film directed by Claude Pinoteau, which had an incredible international success and represented the film debut of Sophie Marceau, who in the film is the thirteen-year-old protagonist Victoire called "Vic". The film tells the emotions of the first loves, lived in high school, of the first jealousies, betrayals and generational conflicts between children and parents. All accompanied by a soundtrack that has become cult.