56 pairs of shoes "take to the streets". The protest of mothers in Treviglio 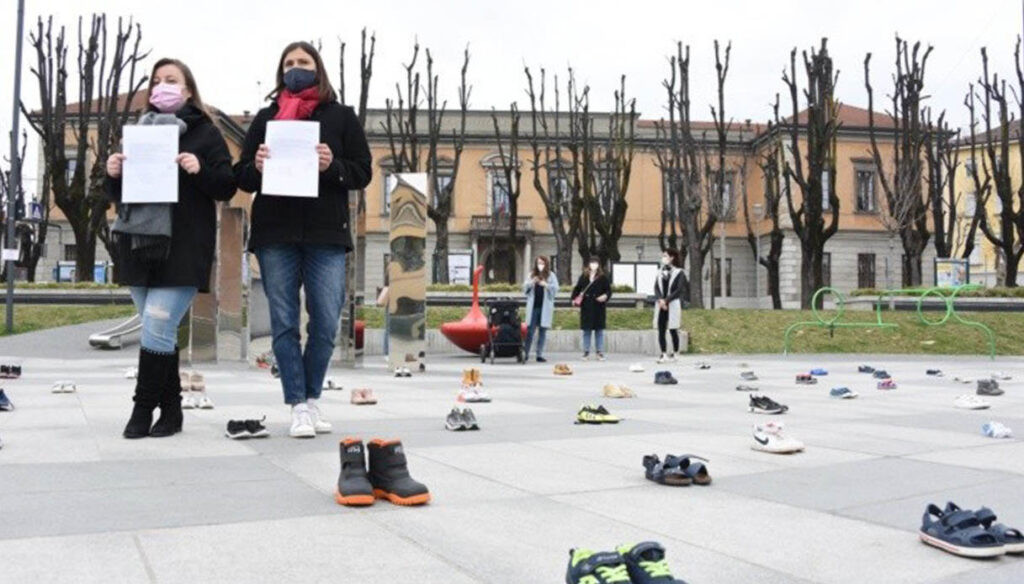 The mothers of Treviglio take to the streets: "A country that has no heart for the future of children is a dead country"

56 children's shoes appeared on Thursday 11 March in Piazza Setti in Treviglio. But it is not a work of art, nor an installation, but the protest of the mothers of the area against the closure of schools. Mothers, professionals and women have chosen to get together and organize a flash mob, in compliance with the anti-contagion safety rules, with a single goal, that of asking for the restoration of face-to-face teaching.

The mothers of the nursery and elementary schools of Treviglio have chosen to protest in this way, placing 56 shoes of their children in the town square, sending a strong and clear message to the Lombardy region. The women of Piazza Setti became spokespersons for other mothers, about 500, all united in opposing the decision of the region which provided for the suspension of face-to-face lessons as part of the anti-contagion regulations.

"A year ago we explained to our children what was happening – the mothers wrote – Now reopening schools must be the top priority of this policy, in the interest of this country: we do not make the same mistake as last year. A country that has no heart for the future of children is a dead country ».

Because it is true, the Coronavirus has taken away a lot from us and has inevitably changed most of our habits, but how can we explain this failure to return to normal to children? We invited them to put hope in circulation, to resist and to follow the rules, but after a year the situation does not seem to normalize.

And it is from this assumption that the request of mothers arrives: to give back to the children the teaching in the presence and to give and to the families, reduced to the limit, adequate tools to continue to face the pandemic.

Between dpcm, decrees and ordinances, between openings and closures, the only thing that seems to have never returned to the way it used to is the school itself. And to the fact that you have children, normality has been stripped away, there is also the burdensome work situation of the parents. In fact, there are many people who have had to leave their jobs to follow their children, put in DAD, in fact, and most of them are women. "This is why reopening schools must be a priority," said the mothers during the demonstration.

Also present at the flash mob of 11 March was the mayor Juri Imeri together with the chairman of the Equal Opportunities Commission of the City Council Valentina Tugnoli and the councilor for social policies Pinuccia Prandina. Imeri assured that it will officially present the message of the organizers to the Lombardy region: "The closure of schools – said the mayor Imeri, as reported by local newspapers – is a choice that certainly goes in the direction of protecting public health, but that has created inconvenience for the timing and the method adopted. We thus give voice to a problem that we all perceive, which has given rise to many initiatives, allowing this group of mothers, educators and managers to tell what their discomfort is, knowing that it will probably change little in the immediate future ". 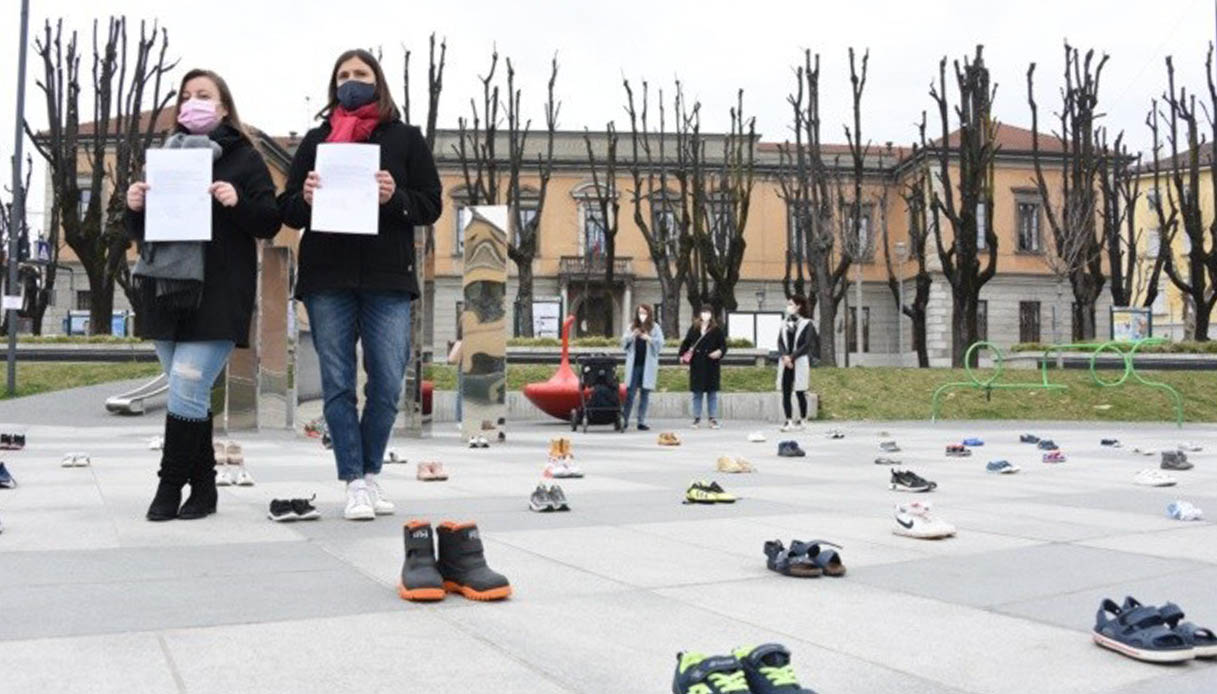 Lorenzo Gavazzi
2368 posts
Previous Post
Emily Ratajkowski has become a mother: the first photo of her son Sylvester Apollo Bear
Next Post
Meeting new people on Badoo: how it works