Sara Ricci unleashes on Instagram, recounting the pain of her father's death. The actress of Un Posto al Sole revealed that she had lost her father, also confessing some regrets for not being able to say goodbye "as I should and as you deserved".

A great suffering, that of Sara, which transpires from her words. A long post appeared on his profile: words and a photo in which he smiles together with the 92-year-old. "Last night you left us – the Roman actress wrote – and with death in my heart I find myself having to deal with my conscience and the awareness of doing a job of … … m … … that tears you apart, takes you away from the people you love, that makes you selfish and self-referenced ".

The star of A Place in the Sun said she suffered a lot because of a job, that of an actress, who often kept her away from her loved ones, especially in difficult times. "20 years ago it happened with mamma – he recalled -, there I was in another city and I was working on the set of" Living ". Today I am here in Rome in the same city, but involved in a stupid audition in English for a Russian fiction ".

"I did not greet you as I should and as you deserved – added Sara Ricci, addressing her father – but I know you were proud of me, of the woman I became who always tried to maintain the principles you taught me: love, freedom, seriousness, honesty, respect and understanding of the other, the different, the less fortunate ".

The actress then told her father's merits, calling him an "example of strength, energy, passion, curiosity and common sense". "You are immense Podus (as I loved to call you) – he concluded – and with your unchanged irony you will always be on our smiles".

Fifty years and a lifetime for cinema and TV, Sara Ricci made her debut in 1990 and has not stopped since. She acted in the theater, while at the cinema she was in the cast of Fratelli coltelli, Cosa c'incra per le amore e gli Beyond the clouds. From 1999 until 2007 he achieved success thanks to the soap opera Vivere, later he acted in Don Matteo and Il Maresciallo Rocca, to arrive in 2018 at Un Posto al Sole and Il Paradiso delle Signore. 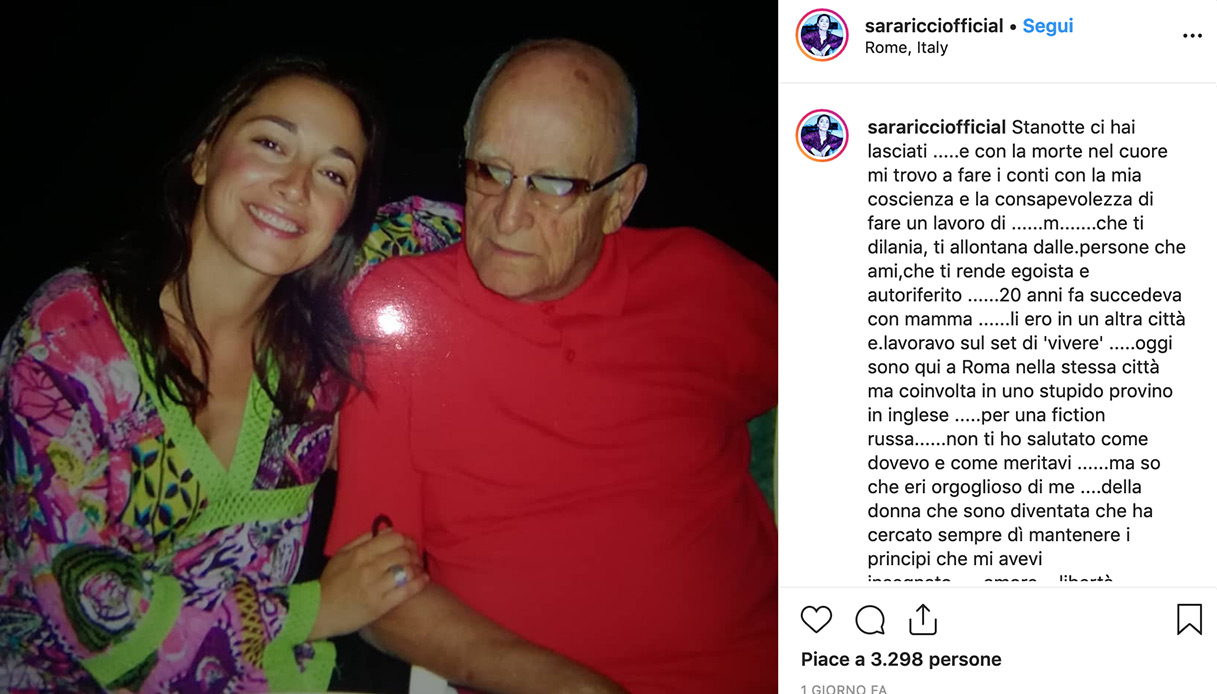