A tribute to Greece, that of Dior 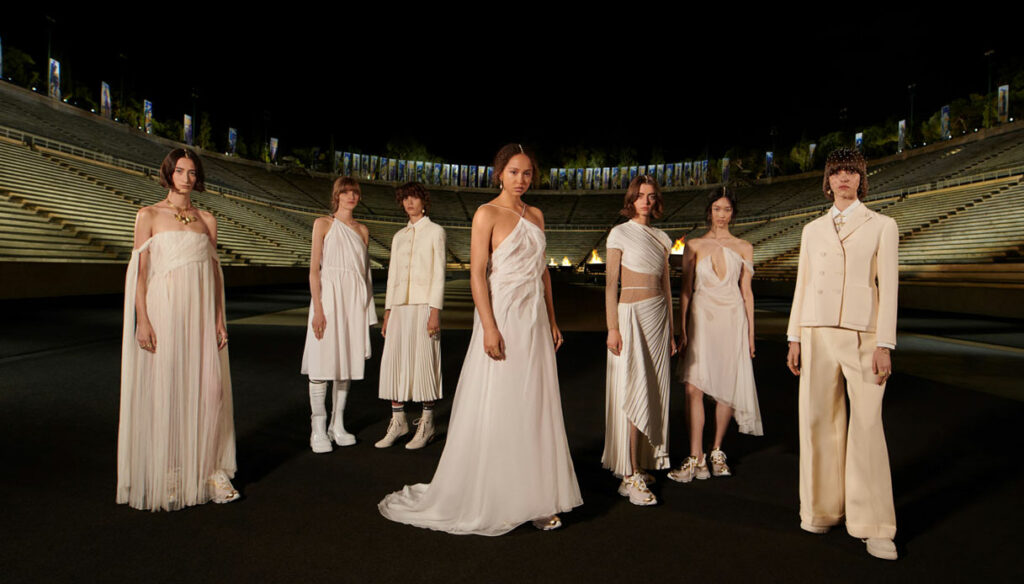 A tribute to Greece, that of Dior

June 28, 2021 The divine dimension of Maria Grazia Chiuri's women for Dior's Cruise 2022. A journey through Greek archeology through Delphi, Crete, Santorini, up to Athens. An extraordinary and exciting research for Maria Grazie Chiuri, who interprets the cult of Venus, or Mother Earth, with a new awareness. Fascinated by Joseph Campbell's book on goddesses, Maria Grazia Chiuri studied and worked to stage the extraordinary Dior show, Cruise 2022, at the Panathenaic Stadium in Athens. A creative work in the atelier and a show in which several artists involved, including an orchestra of 55 elements. In front of a 500-meter-long walkway, as much as the track of the stadium, a highly select audience who witnessed a fireworks display of 2,500 fireworks. A collection with a vision of a contemporary woman that brings together the divine dimension and the more human and realistic dimension, linked to sport. A long research on the peplos, the historical Greek costume, reinterpreted in a modern key. A range of proposals that are a triumph of the grace of the past but also the exaltation of contemporaneity: the classic palette of colors ranging from diaphanous white to ivory, passing through saffron, borders on silver and timeless black and white. A work in homage to contemporary goddesses. Share on Facebook +