A twenty-year-long mystery: Francesca Vacca Agusta and her disappearance 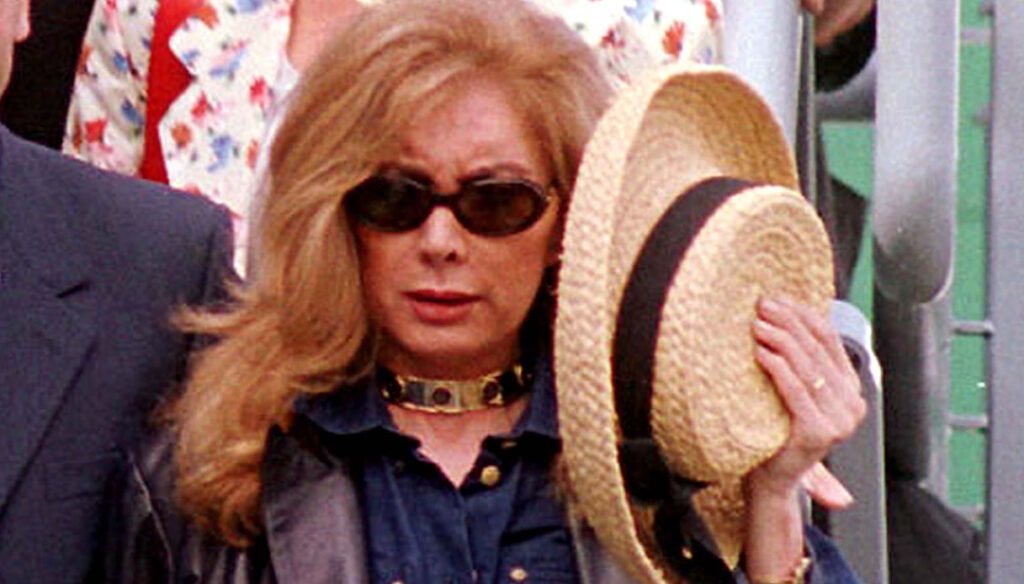 On January 8, 2001, his body was found lifeless on the coast of Cap Benat, near Portofino. Since then, his death has become a reality show

There are stories that, due to tragic circumstances that intersect with each other, are not destined for a happy ending. Some of these are forgotten and left to "rest in peace", as it should be, while others, on the other hand, never find that serenity, not even at the end. Troubled events such as that of the death of Countess Francesca Vacca Agusta will remain forever in the collective memory, between enigmas to be solved at all costs and great question marks.

And how could it be otherwise? The death of the countess twenty years ago inaugurated, in our country, the era of crime reported as a reality show. From interviews, to tears on television to the revelations surrounded by a fictionalized pathos aimed only at making audience records. Accomplices those protagonists of the story too eager to appear at any cost at the expense of pain.

When Francesca Vacca Augusta disappeared twenty years ago in Portofino, the first accredited hypothesis was that the woman slipped into the sea from the cliff. Others hypothesized instead that it had been pushed from Villa Altachiara, where she lived, still others have attributed the tragic end to the curse of Tutankhamun. Between theories and suppositions, one certainty, the countess was a brunette. His body, carried by the currents, was found after 12 days of research on the coast of Cap Benat, near Portofino

His was archived as an accidental death, but the whole story that for so long has kept the interest of the national and international news alive, has been dealt with several times between the hypothesis of murder and suicide

Who was Francesca Vacca Agusta

His death was talked about a lot, too long. The countess was, in fact, a character known to many and not for her noble title or for her splendid and enviable life in Portofino, or more for some legal events that saw her personally involved.

Born in Genoa in 1942 as Francesca Vacca Graffagni, the countess assumed the noble title only in 1974, following her marriage to Count Corrado Agusta, an entrepreneur and owner of the family aeronautical company of the same name. Their love was talked about in the newspapers and magazines of the time, it was said that Francesca's beauty had kidnapped Corrado's eyes and heart to the point of pushing the man to leave his wife and son Rocky.

Intense and crazy years around the world among super luxurious yachts, encounters with illustrious personalities and owned homes, until 1984, the year in which the two separated. The death of Count Agusta, a few years after the separation, gave rise to a series of complicated legal events and battles for the inheritance between the Countess and Rocky Agusta. Villa Altachiara, however, among other things, remained with the countess.

It is here that the woman, shortly after, went to live with Maurizio Raggio, her new partner. In that villa considered by many to be cursed, the same became famous for being the set of the successful TV series Downton Abbey. The dream mansion has been owned by the Carnarvon family for centuries, of which one member, George Edward Stanhope Molyneux, became particularly famous for funding the expedition that led to the discovery of Tutankhamen's tomb.

After the death of Lord Carnarvon from pneumonia and that of a young niece who fell from the external stairs that connected the villa, the legend of the curse spread, of which, for some, the countess was also a victim.

Let's go back to our countess who, in the nineties, gave a lot of material to the local newspapers because of her legal affairs. She was accused together with her partner of receiving stolen goods during the period of Tangentopoli, then she fled to Mexico to one of the mansions inherited from her ex-husband, but in 1997 she decided to return to Italy. After the sentence and a few months of house arrest, Francesca Vacca Agusta returned to live in Italy, in her villa in Portofino, and began a new relationship with the Mexican Tirso Chazaro.

On the evening of the countess's disappearance, on January 8, 2021, Raggio was in Florida and with her were Chazaro and Susanna Torretta, considered her lady-in-waiting. Francesca was last spotted around 7pm as she was walking away from the villa. Everything else has gone down in history.

The causes of death, between hypothesis and reality

Drugs, jewels, boyfriends and Tutankhamen's curse, these were some of the hypotheses made following the discovery of the body. There were conjectures and theories of all kinds, first the hypothesis of a lethal cocktail of drugs and alcohol which, however, was not reflected in the autopsy, then that of murder with wills and any motives.

Month after month the headlines were formulating new hypotheses while Chazaro, Torretta and Raggio were invited to the television lounges and radio broadcasts to talk, tell and hypothesize, without ever being really useful. On the contrary, however, their fame increased, to the point that the Torretta was also invited to participate in the first edition of the Island of the Famous.

Then the umpteenth formulation: the death of the countess was just a misfortune, without conjectures or plots of various kinds. A psychiatric report tried to shed light on the tragic end of the countess. It was said of her that she was suffering from a form of infantile regression and that the need for affection and attention at all costs became increasingly important and tiring to manage, bordering on obsession. This also explains the reason for the permanent presence of Chazaro and Susanna Torretta in the house.

According to the reconstructions, that night of January 8 Francesca again showed that desire to become a child by taking refuge in a game that was so dear to her, hide and seek. Tirso said he found it first in a closet with an empty whiskey bottle and then behind a low wall beyond the veranda. The psychiatric report found confirmation in the hypotheses of the Carabinieri of the Scientific Investigations Department of Parma, of forensic doctors and geologists. The story had indeed reached its final act.

The Portofino mystery had been closed and Villa Altachiara was sold to Putin's right arm. But the story of the countess, after twenty years of investigations and hypotheses, will forever remain the case that has broken all boundaries between privacy, truth and media attention.

Giovanna Pirri
4840 posts
Previous Post
Arisa, the importance of having someone close to you who says "you are beautiful"
Next Post
Who is Bianca, the beautiful daughter of Paul Gascoigne