Achille Lauro: the girlfriend, the father and the paintings of Sanremo 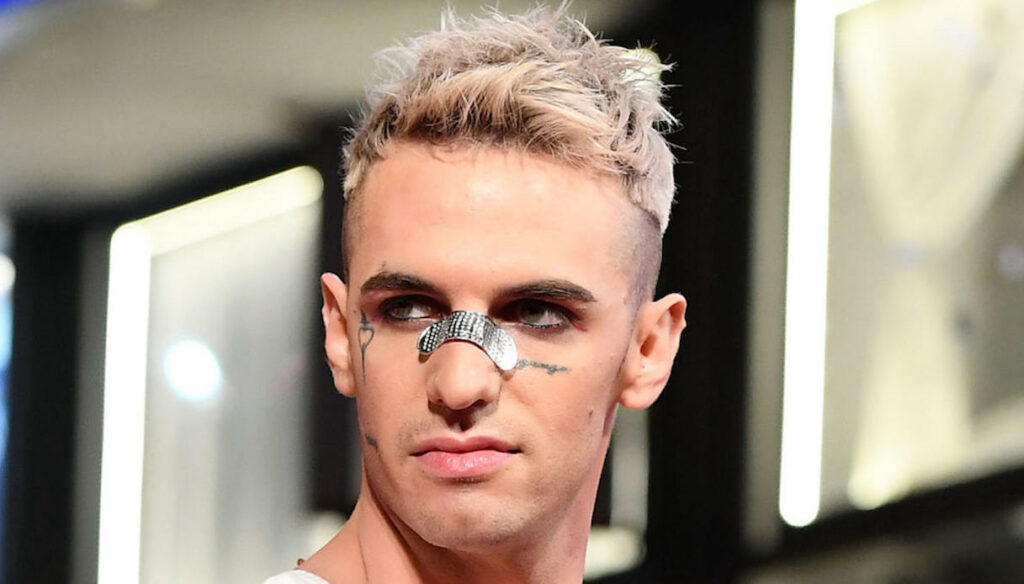 A highly talented artist, Achille Lauro returns to Sanremo 2021 with his "paintings" and involves many famous faces

He is a sensitive soul and a great provocateur, a multifaceted and transforming artist, a singer loved by the very young and idolized by the crowds: Achille Lauro reveals himself once again the real star of Sanremo, despite this year he decided not to participate in the competition .

As anticipated for some time by Amadeus, the young talent is one of the regular guests who accompany the conductor throughout the singing festival. His role? Achille Lauro revealed it on Instagram, throwing some clues that immediately drove his fans crazy. "5 letters, 5 paintings, 5 souls, 5 blessings" – these are the cryptic words of the artist, who leaves the solution of the riddle to the imagination and intuition of the public. A few more details, however, came from Amadeus, who announced at the press conference what would happen at the Ariston Theater.

Lauro brings 5 ​​“paintings” to Sanremo 2021, each for each evening in which he steps on the stage: real all-round artistic installations, which give Achille the opportunity to express himself without restraint. But the performer is not alone in these performances. Amadeus has in fact anticipated that great faces of the show follow one another with him: Giacomo Castellana (principal dancer of the Rome Opera), Emma Marrone, Monica Guerritore, Rosario Fiorello, Claudio Santamaria and Francesca Barra – the latter have already collaborated with the artist in the video clip of his hit Bam Bam Twist.

But who really is Achille Lauro, a genius of interpretation who has conquered everyone? Born in 1990, he was born in Verona but grew up in the suburbs of Rome, where he took his first steps in the world of music. The relationship with his parents was fundamental to his artistic career: in particular with his father, a famous magistrate of the Court of Cassation, from whom he left when he was still very young. He talked about it at length in his autobiography I'm Hamlet: “I knew what I didn't want to become. Who I didn't want to be ”.

However, in recent years Achille has gradually come closer to his father. In an interview with Domenica In, he revealed: "My father is an honest person, an intellectual. I think I have recovered my relationship with him ”. Much more mysterious is his love life, which Lauro has always wanted to keep well away from the spotlight. He has been engaged for a long time, as he himself had revealed in some interviews, his partner is called Francesca. And that's all we know about her, since they both care a lot about their privacy.

Barbara Catucci
7903 posts
Previous Post
Tatangelo, the shots that leave you breathless and the outburst: "Anna also exists"
Next Post
Commissioner Ricciardi closes with the final drama and triumphs over GF Vip