Adua del Vesco and Dayane Mello: the kiss on the lips arrives at GF Vip 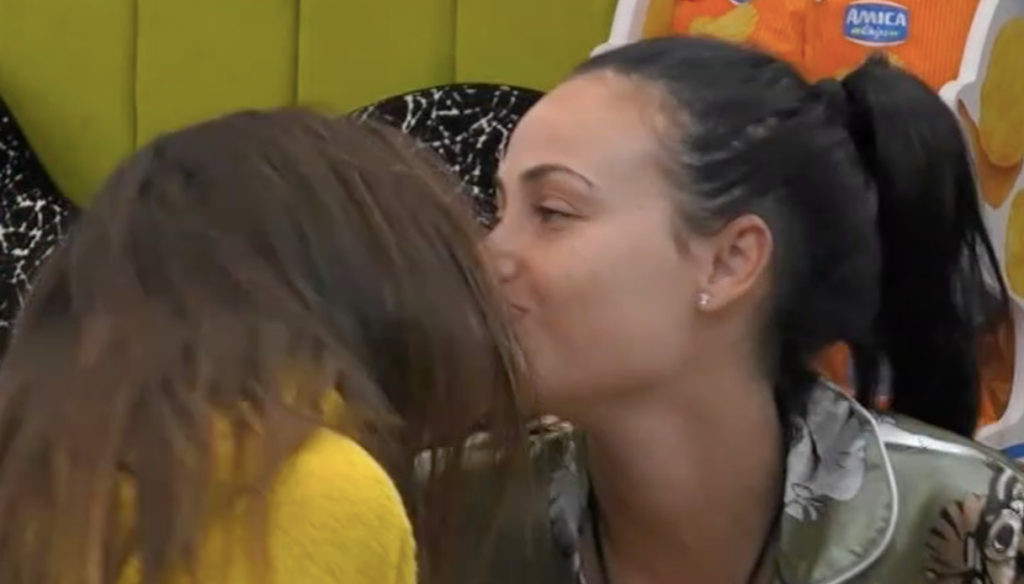 Between laughter and fun, the kiss on the lips of friends Dayane Mello and Adua Del Vesco arrives at the "GF Vip"

Adua Del Vesco and Dayane Mello are the protagonists of a kiss on the lips to GF Vip. After difficult weeks, marked by tensions and quarrels, the tenants decided to relax and joke a bit. In particular, the supermodel and the actress gave life to a funny curtain, exchanging a kiss on the lips and wondering between laughter if Giuliano, Adua's boyfriend, will be jealous.

Both Dayane and Adua have had a complicated week. In the last episode, in fact, they faced discussions and problems. For the first time, Del Vesco told the whole truth about her relationship with Massimiliano Morra, also a competitor of the GF Vip. "Massimiliano is the one who used me most of all – he said -. My story and Massimiliano's was all a fairy tale. I told a lie in saying that I had not said what was read and I take responsibility – he added referring to the declaration according to which the actor is gay -. I love Massimiliano and I'm sorry, but I can no longer carry the weight of these lies on my shoulders. I have the right to be free from all lies and from all masks, which I accepted and made a mistake ”.

“Adua knows very well that I am not homosexual – replied Morra -. He knows very well and I don't want to go into details. You said it in front of all of Italy knowing that it is not true. You know very well what the situation is like. I am not homosexual and it does not affect me. But you touch people who have a hard time talking about their sexuality. You didn't have a fairytale with me, it's not that kind of story and I make it clear for the people who love me ”. Tommaso Zorzi also intervened on the question, convinced that Adua is pretending and that she is a strategist.

Dayane Mello, on the other hand, had to deal with his statements regarding the link with Francesco Oppini. The model revealed in the Confessional that Alba Parietti's son would have given her a piece of paper with the words: "I love you", but he denied it. "The note ended with a 'tvb' and it said 'we'll talk about it outside' – he replied -. I didn't like the gesture he had with Franceska when he threw the tricks on her, so he goes from arrogant. I feel good with her, she makes herself loved, she is selfless, but I know where I can stop. I know how sensitive my girlfriend is to certain things, so I apologize if she felt hurt. For me my girlfriend is something different from what I see around, because I'm in love ".

Barbara Catucci
5356 posts
Previous Post
Who is Federica Sciarelli: Who has seen it ?, son, curiosity
Next Post
Who is Mauro Floriani, Alessandra Mussolini's husband