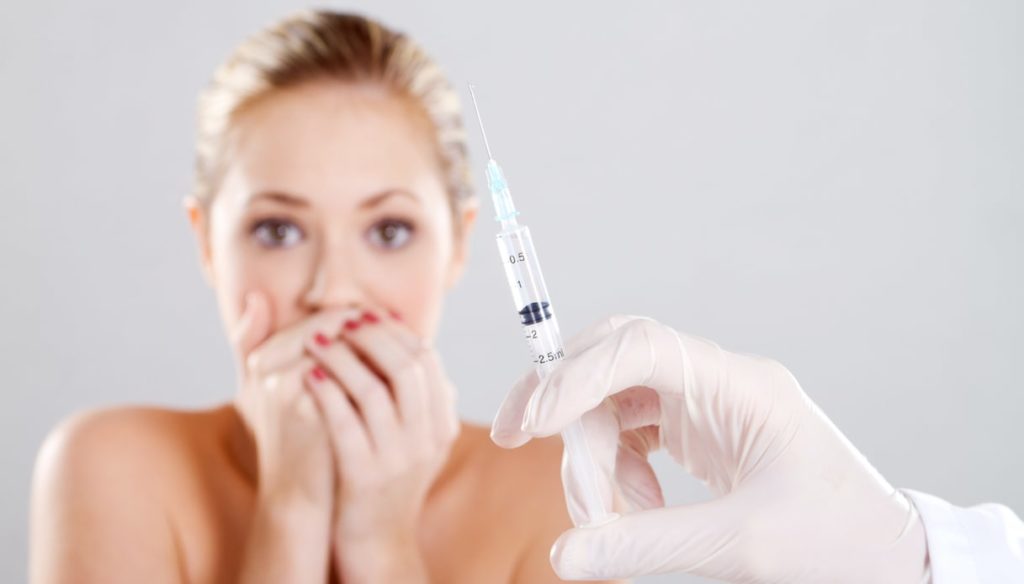 Virtual reality can be of help to all those who suffer from belenophobia, or the fear of needles

Fainting during an injection or at the mere thought of a blood sample for common tests? It happens to several people. And even if these “peaks” are not reached in the emotional reaction, there is no doubt that for many the mere sight of a needle that must enter the body induces an anomalous response. This fear is called aicmophobia or belenophobia, and it is very common. Getting distracted, thinking about something else, is one of the most effective techniques for avoiding excessive reactions. Help, in this sense, can also come from the use of virtual reality technologies.

The key is (also) in the amygdala

In our nervous system there is a small part that is able to "anticipate" possible dangers, well before they can arise. It is called the amygdala and works in practice like those cameras that operate in the control of theft in a store or, more simply, they help us to reverse. The purpose of the activity of the amygdala is to "protect us" but sometimes, in sensitive people, this anticipation turns out to be negative and even leads us to develop a sort of anxiety about what could happen, in terms of possible pain sensation .

If the amygdala is excessively "alert", and this may also depend on a sort of genetic "predisposition", the mere sight of a needle or the idea of ​​being subjected to a puncture may be the element that stimulates the abnormal reaction . The result is that, when one is particularly sensitive, a completely normal but at the same time not rational response starts. The mere sight of the needle first leads to an increase in the frequency of heartbeats and makes us feel our heart in our throat, as when we are about to experience a particularly stressful situation. Then the pressure rises.

Suddenly, however, this stress reaction subsides and it is at this point that, with the heart that slows down and the pressure goes down, you risk having a real "collapse" which ultimately leads to the feeling of discomfort, spinning head and, in more serious cases, even loss of consciousness. Let me be clear. Sometimes this type of reaction occurs even at the sight of the doctor's coat or when you enter the dentist's office, also due to the smell of disinfectant. These are particularly annoying ailments that need to be addressed.

Help from the virtual world

Some time ago, for those suffering from phobias, a research conducted in Canada by scholars of the University of Quebec on the role of a virtual environment capable of helping those who were afraid of spiders showed that thanks to specific video games it was possible to reduce the feeling of being in a hostile environment. In particular, by measuring the reactions of the subjects assessed with psychological scales, it was seen that this "playful" approach could be useful.

The "strength" of virtual reality tools is also confirmed by a research presented in recent days by scholars from the University Hospital of Brussels at the congress of the European Society of Anesthesiology and Intensive Care. The survey, which involved over 100 patients who had to undergo sutures to close a wound or the placement of a needle for infusion, showed that thanks to the use of hypnosis and special glasses able to introduce them into a virtual reality (approach administered both before and after surgery) had a lower need for the pain medications used on these occasions.

The virtual reality treatment was based on stories narrated by a soothing voice and on simple cartoons, particularly relaxing. These are initial observations, which could however pave the way for “technological” treatments capable, alongside psychological ones, of helping to overcome fears.

Gianluca Zompi
1546 posts
Previous Post
Annalisa Malara, who is the doctor who diagnosed the first case of Covid in Italy
Next Post
Domenica In, Vittoria Schisano talks about herself: the difficult past and her great loves