After a heart attack (and not only), the diet should be done in pairs 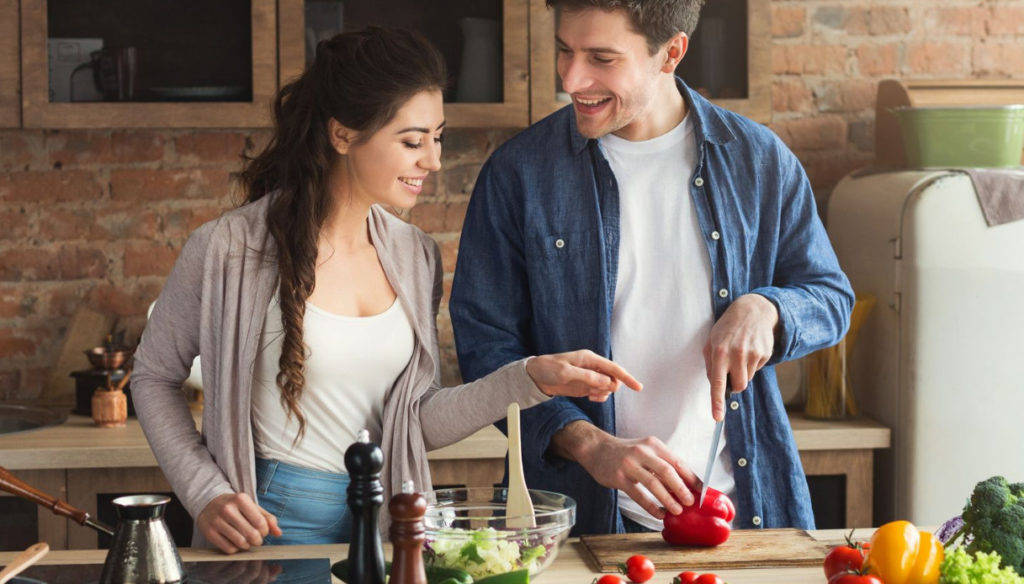 To share. This is the magic word that he and she must keep in mind, in "good and bad times". Even after a heart attack that somehow jeopardizes the well-being of one of the two, the other must remain by his side and perhaps make his own some rules of life that can help those whose heart is "bruised" by ischemia .

So, just as you quit smoking together and maybe start working out a bit, even at the table you have to follow a similar diet if you need to lose weight. In fact, in those who have overcome the heart attack, weight loss appears more valid if both spouses are on a diet (and related healthy habits).

A research from Holland

Good habits, you know, are a real cure that allows you to better prevent new heart attacks in those who have already had a heart attack. For this reason, in addition to recommending proper adherence to the therapies indicated by the doctor, cardiologists recommend real "deviations of direction" in those who do not have exactly healthy lifestyles.

From this observation the Dutch research was born, with the aim of understanding how important it was to deal with the change of habits as a couple to obtain the best results. The survey was coordinated by Lotte VerWeij of the University of Applied Sciences in Amsterdam, and presented at the ESC (European Society of Cardiology) Congress.

If previous studies had already seen that those who have overcome a heart attack need specific programs to get back into shape on the scale, quit smoking and move regularly, this research instead wanted to evaluate how much the partner's commitment is important for encourage positive and useful choices in a preventive key.

"If partners contribute to adopting healthy lifestyles, this could become an important recommendation to avoid recurrence of heart attacks – stressed the Dutch researcher". The study examined 824 patients after a heart attack, divided into two groups: in the first a program of healthy habits was added to the classic treatments, in the second one proceeded only with therapies.

Focusing on the subjects of the first group, therefore with healthy rules, it was seen that, when the partner participated in the indicated choices, there was more than double the chance that they would improve either the weight loss, or the physical exercise or the farewell to smoking or attention to physical activity. For nutrition in particular, it has been seen that facing the need to lose weight in two, perhaps following similar diets together with a positive impact on health, in those who had the support of a partner the possibility of improving the situation was almost three times higher than those who instead faced the challenge alone.

Verweij has no doubts: "Patients with partners who accompany them in their weight loss programs lose more kilos than those who are not supported by a close person."

This means that he and she must feel close, even after a heart attack, a condition that is increasingly faced successfully and leaves little meaningful results, allowing them to have a normal life.

But both before and after a heart attack, prevention – with particular regard to risk factors, which can also include hypertension, hypercholesterolemia and diabetes – is the most effective weapon for defending the heart and arteries.

According to Dutch scholars, it is important to share not only the time of lunch but also the previous choices, shopping together, dedicating themselves to long walks or other recommended physical activities, finding in two those reasons that maybe a person alone can have difficulty in identifying. Together, dieting and weight control becomes easier too.

Gianluca Zompi
2241 posts
Previous Post
Caterina Balivo, the dedication to her husband Guido Brera for the wedding anniversary is very tender
Next Post
Who are Anna and Maria, the daughters of Sergio Castellitto
You must be logged in to post a comment.
Menu