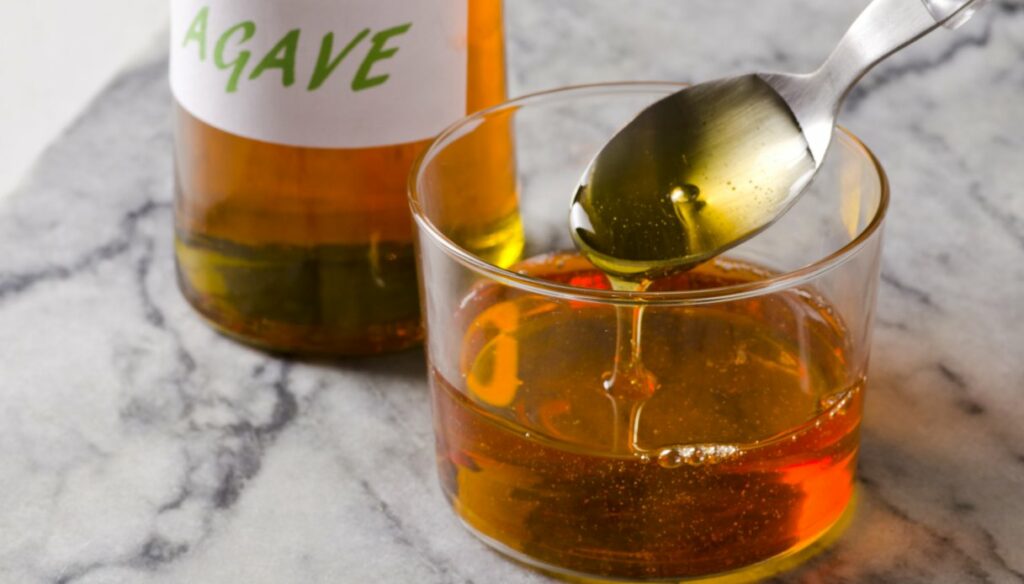 Agave syrup is a natural sweetener considered healthier than traditional sugar. Here because

Agave syrup is a natural sweetener obtained from the leaves of the agave plant, a species native to Central and South America and also widespread in Italy. To extract the agave syrup, the leaves are cut and pressed to release the sap contained in them, a sugary substance. Then the sap is filtered, heated to obtain fructose and concentrated to give agave syrup, a product with a honey-like appearance and a decidedly sweet taste. Agave syrup is easily found in organic or health food stores, herbalists and even in various supermarkets.

Agave syrup is used as an alternative to sucrose as a healthier substitute than traditional sugar. This is because compared to sugar, agave syrup is mainly made up of fructose rather than glucose and because, again compared to sucrose, it has a lower glycemic index, therefore it is preferred to sugar due to the lower impact on blood sugar.

Agave syrup is perceived as a healthier alternative to the classic sugar. Agave syrup is attributed remineralizing and immunostimulating properties, due to the content of mineral salts such as magnesium, potassium and calcium and vitamins including vitamin C and group B vitamins. In agave syrup, traces of fiber may be present. , which help keep the gut healthy. However, it should be emphasized that agave syrup is mainly made up of sugars, in particular fructose, and that any vitamins, minerals and fibers are present only in a small part. The guidelines recommend not consuming more than 20-25 grams of simple sugars per day, so the amount of agave syrup normally consumed can hardly provide significant percentages of micronutrients.

The main reason why agave syrup is considered as a better and healthier product than sucrose, more than by its content in vitamins, minerals and fiber, is mainly linked to the glycemic index of this natural sweetener, much lower than that of sucrose and other sweeteners. The glycemic index or GI is a useful parameter to measure the speed with which the carbohydrates present in food reach the blood flow in the form of glucose. This is an important index as foods with a high GI lead to higher blood sugar spikes, with negative health consequences. A prolonged high blood sugar level is in fact responsible for the phenomenon known as insulin resistance which can lead to the development of type two diabetes mellitus. Agave syrup has a glycemic index of 27, against 137 for glucose, 92 for sucrose and 83 for honey. For this reason, the consumption of agave syrup does not significantly increase blood sugar levels in the short term, which is why it is marketed as a healthier product than sucrose.

The lower glycemic index of agave syrup is given by the fact that this food consists mainly of fructose, which corresponds to 80-85% of its sugars. Fructose, unlike glucose, does not need the intervention of insulin in order to be used by the cells. On the other hand, the high amount of fructose is a problem. Consuming large amounts of fructose, although it does not increase blood sugar, can still increase the risk of developing insulin resistance, metabolic syndrome, cardiovascular disease and diabetes. This is because fructose is metabolized within the liver and, if in excess, is converted into fatty acids leading to an increase in blood triglycerides and the development of a condition known as fatty liver. Furthermore, the intake of fructose in high quantities can lead to an increase in LDL cholesterol, the bad cholesterol. Clearly these problems do not concern the consumption of fresh fruit – in which the fructose content is lower – but only that of pure fructose or products such as agave syrup, which are very rich in fructose.

Agave syrup is used as a sugar substitute in many dessert recipes, but also as an alternative to honey for those who have chosen a vegan lifestyle. In particular, agave syrup is used as a garnish on pancakes, ice cream, spoon desserts or as a sweetener in the preparation of cakes, biscuits, creams. When using agave syrup to replace sugar, it must be taken into account that agave syrup has a greater sweetening power than sucrose but has a smaller volume, therefore smaller quantities must be used – about 25% less. than sugar – and replace the volume of sugar with other ingredients (for example, with flour). Since agave syrup does not have a marked taste, and since it is easily soluble in even cold water, this ingredient is often used to sweeten coffee, herbal teas and tea, but also cold drinks and flavored waters.

Maria Teolis
3428 posts
Previous Post
Letizia of Spain uncovers her shoulders with the bamboo sheath dress: to be fulfilled
Next Post
Jean-Paul Belmondo, the condolences of Alain Delon and Claudia Cardinale