Al Bano, the confession on the tormented relationship with Romina Power 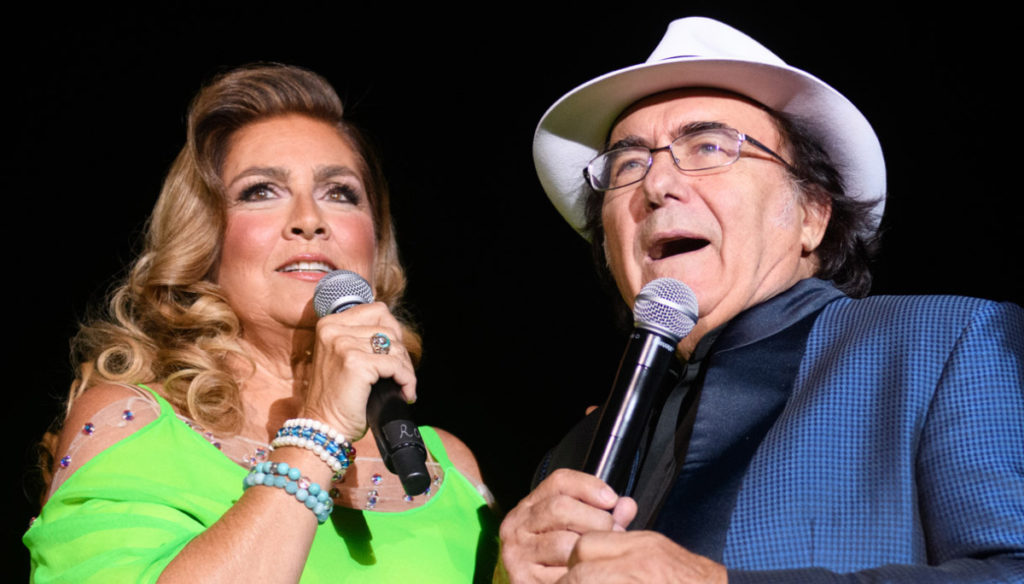 Al Bano tells the fabulous years with Romina and the darkness of divorce. There is now respect among them, but that love can return as it happened for Belen and De Martino

Al Bano returns to talk about his relationship with Romina Power at Un Giorno da Pecora.

With Romina I met the beauty of fabulous years and then the night came, so dark as to lead to divorce. Now the noun respect has won, we are in the phase of great respect: when a man and a woman become a father and a mother, they must never go away.

Al Bano thus answers the question of the conductors on the splendid and tormented relationship with Romina Power. This seems to be a moment of great returns: Stefano De Martino has also approached Belen Rodriguez. "Where there is love there is always a miracle". Is it possible that love returns? "In this case he is back."

So, does the singer leave a crack open? It does not exclude that there may be backfires. Maybe after respect, could sentiment return? He says nothing else.

Al Bano instead told of the only three times of his life in which he raised his elbow too much, getting drunk.

“It happened three times in all. The first at 15, it was Carnival and they put salt in my glass. Then it happened a second time in London, at the home of a record company, which made me try many types of wines and grappas ”. And how did he react to all those tastes? "As long as you walked outdoors it was fine. As soon as I arrived at the hotel the room started spinning … "

It's the last time? “He was on Easter Monday, in 1984, I was with a friend and my mother. I wanted to get this friend of mine drunk, whom I didn't think was a wine expert. But the result was that I got drunk and he didn't … "And hasn't it ever happened to raise your elbow too much? “No, honestly I'm not to drink lots of alcohol, I drink one every now and then. Maybe a glass of good wine, yes, but otherwise I don't like it very much ”, he concluded at Un Giorno da Pecora Al Bano.