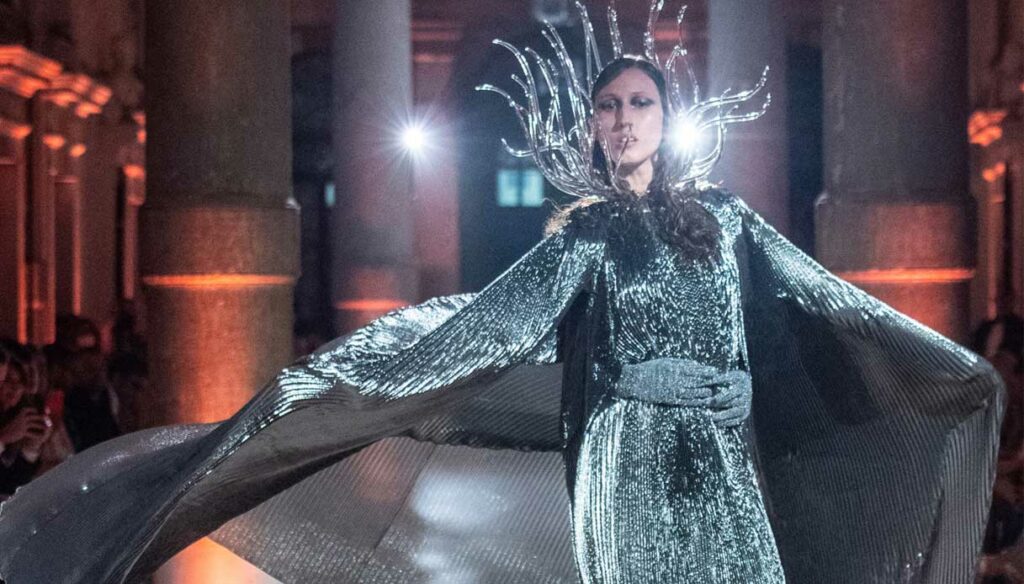 Long dresses, fluffy shirts and capes full of mystery. The Alberta Ferretti fashion show in Venice is a tribute to Venetian preciousness

Alberta Ferretti has Venice in her heart and is reciprocated by this unique city in the world. In 2017, the designer had dedicated an entire collection to the lagoon city and this year, with an exceptional event, Alberta Ferretti was called to celebrate the 1600th anniversary of the foundation of Venice.

In the prestigious setting of Ca ‘Rezzonico, the architectural jewel that overlooks the Grand Canal and which houses the Venetian eighteenth-century art collections, the designer paid tribute to the city with an extraordinary collection staged in the courtyard of the historic building. 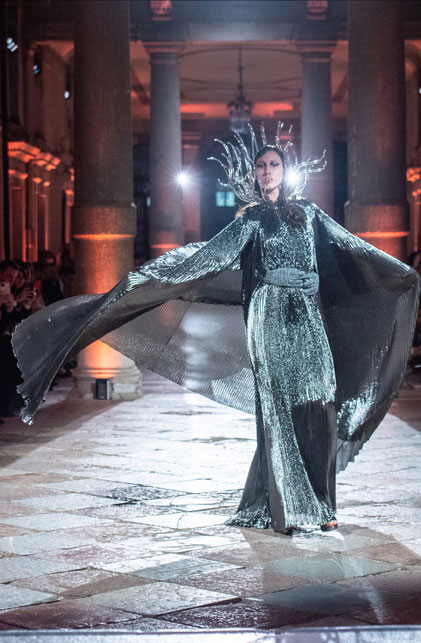 The magnificence of the city is expressed by Alberta Ferretti through dresses that leave amazement in the eyes and in the heart, almost like the daze that every time takes us through the Venetian streets.

An event that also saw local excellences as protagonists, such as Rubelli for fabrics and Massimiliano Schiavon for jewels, for a transversal project of craftsmanship and creativity. Lightweight silk damasks and blown glass jewels like sinuous tongues have been chosen by Alberta Ferretti for this collection of great emotional impact. 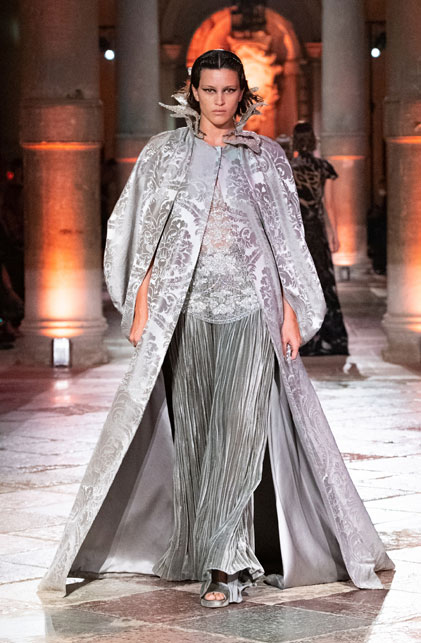 The graceful hoods full of mystery

As a background to the show, the scenes set up by the artist Matteo Paoletti Franzato in the courtyard of Ca ‘Rezzonico.

Fringes, velvet and lace inlays on tulle, soleil pleats and embroidery, create dresses for a mysterious and seductive woman.

The hoods, so dear to Venice, are sometimes short, others are enveloping up to the feet and unfold in many folds, or they are pleated. 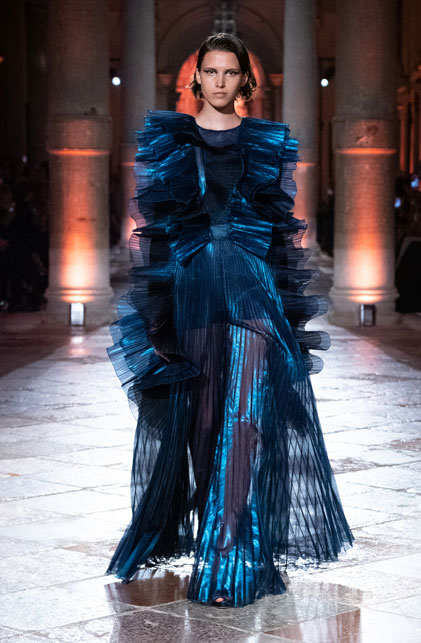 The palette, nocturnal and metallic, is pervaded by plays of light

The palette recreates the charm of mysterious and nocturnal Venice, with metallic accents and flashes of light, just like the reflections on the lagoon and the lanterns that cast our shadow in the languid and solitary walks that only Venice can offer.

A truly transversal event of fashion, art and culture sponsored by the Municipality of Venice and included in the celebrations for the 1600 / o anniversary of the City Foundation with the collaboration of Ava (Venetian Hoteliers Association) and which also aims to support the Museums Foundation Civics of Venice. 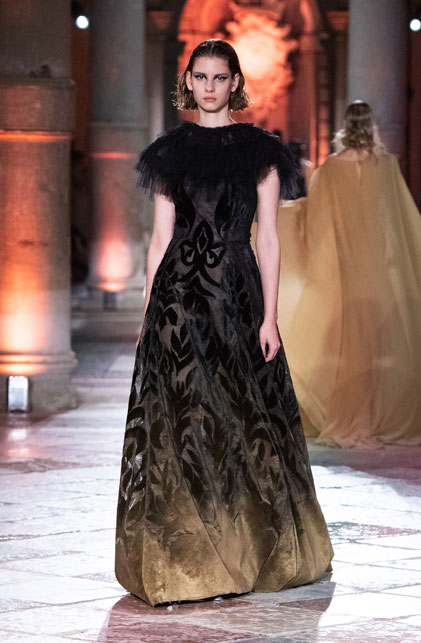 Romagnola, raised in her mother’s tailor shop, Alberta Ferretti has dressed celebrities from all over the world from Meryl Streep to Sandra Bullok, from Amal Clooney to Italian actresses such as Anna Foglietta and Carolina Crescentini. Last night she received the Women in cinema Award in Venice and is the first fashion designer to take home the award that combines cinema and fashion.

Federico Viri
978 posts
Previous Post
Nocturnal enuresis: what it is and why it occurs
Next Post
Gigi D’Alessio, the return to Naples that Tatangelo does not like: indiscretion