Alcohol and women, how to behave for the end of year toast 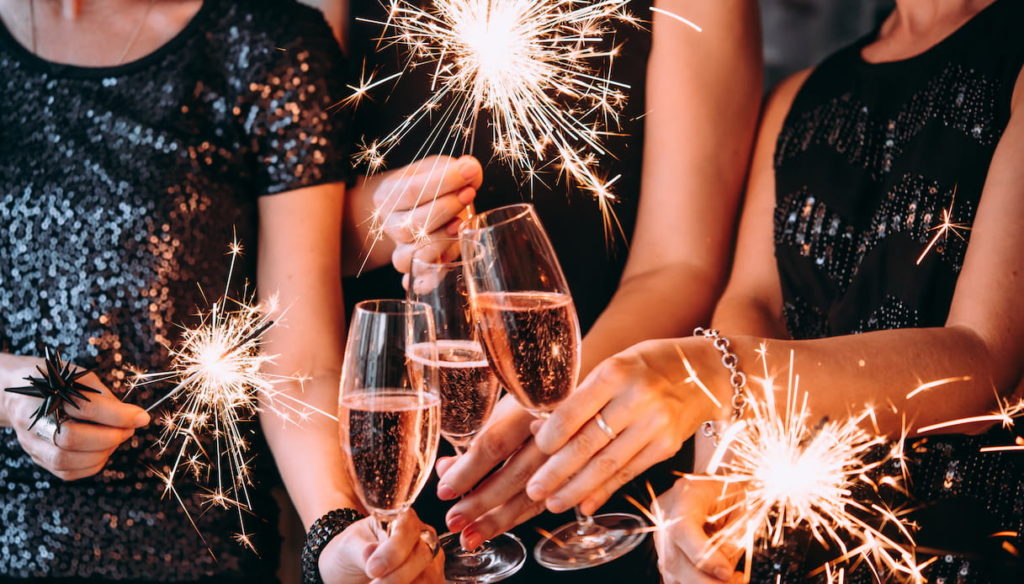 In women, alcohol is assimilated more slowly and its effects last longer

New Year's Eve this year will be different, due to Covid-19. But there will still be some dishes to eat with the family, even to leave 2020 behind, and consequently the wines prepared for the occasion and the toasts of good wishes. So, better remember that drinking alcohol has different effects in men and women. Although obviously the habit of drinking allows you to better tolerate wines, champagne and liqueurs (never forget to limit yourself to wetting your lips if you are not accustomed to drinking), here are some simple rules to better face the end of year toasts and more in general in order not to be uncomfortable about the "pitfalls" of alcohol.

The key enzyme for metabolizing alcohol

There are no doubts. Each person reacts to alcohol intake in their own way, unlike those around them. But if it is true that the reaction to alcohol is different among the various people, and is further modified by the environment and the conditions in which they drink, on the other hand it should not be forgotten that in any case women tend to assimilate alcohol more slowly and to keep it longer in the blood, prolonging its effects.

In fact, in women there is a relative deficiency of a particular enzyme called Alcohol-Dehydrogenase: on average this enzyme is available for 20-25 percent less in the fair sex than in males. This enzyme has the task of "breaking" the ethanol in water and carbon dioxide, its final products, through a biochemical reaction. For those who love alcohol, it would be a dream if the availability of this enzyme and the reactions it manages were infinite. But is not so.

For this reason, as soon as a certain dose of alcohol is exceeded, it cannot be metabolized and damages the body: in particular the liver and the nervous system. Thus we arrive at the classic consequences related to alcohol, which spares no one. Up to one milliliter of alcohol per liter of blood tends to be less rapid in reactions, but it is enough that the share is doubled to reach real intoxication and an unnatural euphoria. The danger becomes that of losing the inhibitory brakes, with a greater risk of falls and road accidents, even if you should never get behind the wheel after drinking.

In short: alcohol should be avoided, or in any case really consumed in moderate quantities. And you mustn't fall into the risk of a hangover: the consequences can be extremely serious. If the blood alcohol level rises, in fact, after the euphoria phase there is a risk of going into a state of profound drowsiness and above all, especially for those who are not used to drinking, there is the risk of so-called metabolic acidosis. In this situation, the acidity of the blood increases significantly and this leads to severe organ suffering.

And then, pay attention to the calories.

Empty calories, how to reduce the problems for the line

When counting the calories that are introduced with food, one must take into account that each gram of alcohol gives the body 7 calories. These are "empty" calories because they are practically devoid of most of the nutrients. This is why alcohol abusers can be more easily overweight. And there is no hope of substituting beer for wine. Even if there is less alcohol in beer than in wine, there is a tendency to drink more and therefore in the end the situation of the calories ingested changes little. For this reason, it is better to avoid alcohol and if you are used to drinking moderately it is better to remember some ways to limit the effects of alcohol on the body.

First of all, you should not drink too quickly and only after eating some food, so the absorbing capacity of the stomach wall is reduced (the stomach is the area where the greatest amount of alcohol is absorbed). Just think that if you drink a glass on an empty stomach, about 90 percent of the alcohol contained will enter your blood an hour after you have drunk. Eating alcohol slows down the absorption of alcohol, which barely reaches 50 percent after one hour and reaches about 80 percent of the total 120 minutes after a meal.

Another simple rule: for many people it is advisable to create a sort of alcohol absorption shield. As? Half a tablespoon of olive oil can help before starting to drink: it could form a greasy film on the stomach wall that can limit the absorption of alcohol. Finally, it is better to avoid continually bringing the glass to your mouth: letting at least half an hour pass between one glass and the next gives the body more time to dispose of the ethanol.

Last recommendation: do not mix drugs and alcohol. For example, those who are following a cure for allergy, depression or to be able to rest better, the effects of medicines can change greatly in conjunction with alcoholic beverages, with heavy repercussions on the ability to react.