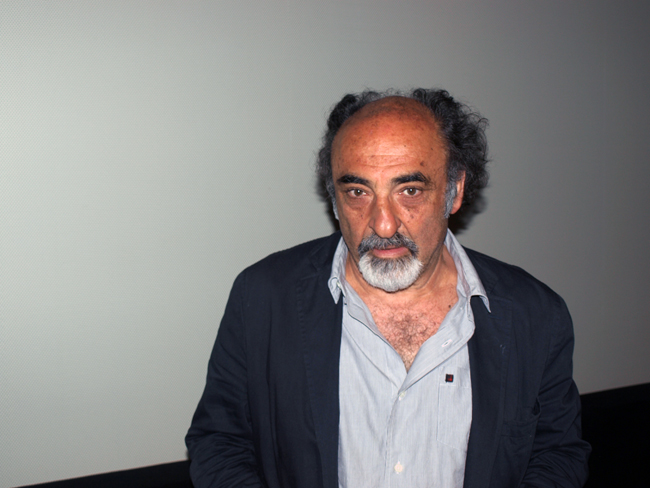 Alessandro Haber is a great artist of Italian cinema. Known for his role as director and actor, this character is also a great music lover

Alessandro Haber was born on January 19, 1947 in Bologna. He is an important actor on the Italian film scene. Not only that, during the course of his career, Haber has also played the role of director, while also dedicating himself to the world of music with the creation of various noteworthy songs. His father was Jewish while his mother was of Italian origin belonging to the Catholic religion. However, the woman was not a practitioner. Alessandro Haber spent the first years of his life in Israel, after which he returned to live in Italy with his parents. His career began in the late sixties when he was chosen for the interpretation of "Toad" within the film "China is near". Thanks to this important milestone, Haber thus began to become part of Italian cinema. The real turning point came shortly after, when the well-known director "Pupi Avati" proposed to the actor to act as the protagonist for the part of "Lele" in the film "Christmas gift". In a short time, Haber becomes a real symbol of the big screen as his career has seen him engaged in roles of various kinds. What really stands out is its versatility with which the artist manages to interpret both comic and dramatic roles.

In particular, as regards comic films, his part in "Fantozzi still suffers" has not gone unnoticed, where he plays the role of a somewhat special surgeon, out of the ordinary. Again with regard to comic films, Alessandro Haber has received numerous praise from the general public also for his performance in the film "My friends – Act II °", where he plays the part of a widower who pretends to have been for a long time lover of his missing companion named "Adelina". Even in the theater, Haber played a fundamental role: he participated in the opera "Orgia" by "Pier Paolo Pasolini" and many other important shows. In particular, inspired by "Mad Chess", the actor made the homonymous film with which he made his debut in the role of director. Alessandro Haber has always dedicated himself with great commitment and interest both to the world of the big screen and to that of the theater, so much so that in the latter he was the winner of the "Gassman Award" as "best actor" for the success achieved with the part of "Uncle Vanja". The nineties saw him busy with the film entitled "Parenti serpenti" and numerous films by "Leonardo Pieraccioni".

During the same period, in addition to dedicating himself to the world of cinema, Haber performed as a chorister in "Finalmente Ciao Ciao", also obtaining great fame in this area thanks to this special participation. This experience led him to undertake a new path within the music scene: Alessandro Haber began to devote himself to writing and creating various songs with which he produced his first album, entitled "Haberrante". After this new turn, the actor therefore made his debut as a singer and dedicated himself to the creation of two new albums, entitled "Something to declare" and "The dream of a man". Haber was a great success and received numerous appreciations and positive feedback, so much so that "Francesco De Gregori" made the song "The actor's suitcase" inspired by him. However, Haber does not give up and continues to deal with film projects constantly. He collaborates again with Pupi Avati for the production of the documentary based precisely on the life of the director. The film obtained significant feedback and was exclusively offered at the "Bellaria Festival". Alessandro Haber has a younger sister named "Elizabeth". The actor became the father of little Celeste at the age of 57.

Haber himself has often stated in some interviews that he has dedicated himself constantly to his work and career so much that he has always continued his path, putting aside love relationships. However, her life changed after meeting Antonella at the theater, later becoming her new partner. At that time the actor participated in various theatrical performances when one day Antonella knocked on her dressing room to congratulate him on the performances. Haber, impressed and fascinated by this beautiful woman, therefore decided to invite her to dinner with the other theatrical actors. His partner immediately accepted and from this meeting a long chat was born between the two. Antonella also wishes to pursue an acting career and from that moment on she never separated from Alessandro Haber. Thus their important love story was born. The same actor also highlighted the strong joy of having become a father and having formed such a splendid family despite the age difference. Antonella is 27 years old, while Haber is 30 years older than her. Apparently the close-knit couple easily passed the first year of coexistence thanks to which the actor was able to get to know the wonderful character qualities of his beloved partner. The same couple said that the age difference was never a problem.