On Instagram, Alessia Marcuzzi makes irony on her legs and reveals a very nice detail

There is nothing to say, Alessia Marcuzzi is truly splendid. But perfection does not exist, you know: and so the presenter publishes a photo in which she shows her "defect", laughing at us. Indeed, apparently her husband Paolo Marconi Calabresi is also ironic about the issue.

The small outburst of Alessia Marcuzzi on Instagram surprised everyone. Recently she has been engaged in a long photo shoot that took her first to Monte Terminillo and then to the shores of the delightful Lake Albano, in the Castelli Romani area. The presenter has decided to preview some splendid shots of her new service via social media, one of which is very particular.

The photo itself doesn't seem to have anything strange: it portrays Alessia standing with her back to the lens, a stone's throw from the turquoise waters of the lake. He wears a blue dress that leaves his kilometer legs uncovered, and it is precisely here that his attention is concentrated: “I anticipate you: they are very crooked, I know. My husband says that my legs are like those of the puppets we used to play with as children, those who made themselves up with magnets … you know? Except that they attached them to me in reverse, exchanging the right tibia with the left "- explains Marcuzzi ironically.

She and her husband, Paolo Marconi Calabresi, laugh at us about how only in a close-knit couple can happen – another detail that blows away any doubt about the alleged crisis that would have affected them recently. “But I discover them anyway” – continues the presenter – “and I walk proudly. A defect can become your particularity and make you unique, remember it. " An important lesson, which winks at the current current of the positive body that many stars have joined in recent months – one above all Aurora Ramazzotti, who has published a photo in which she shows herself without makeup, with some small imperfections.

On the other hand, Alessia Marcuzzi is a beautiful woman, but also gifted with great irony, as shown by this photo. And that's why she is one of the most loved conductors on the Italian scene: soon we will see her again on TV, since she has been confirmed at the helm of a new edition of Temptation Island. Fans quiver in anticipation, as the broadcast will air only in September. In the meantime, Marcuzzi enjoys the holidays together with her wonderful family. 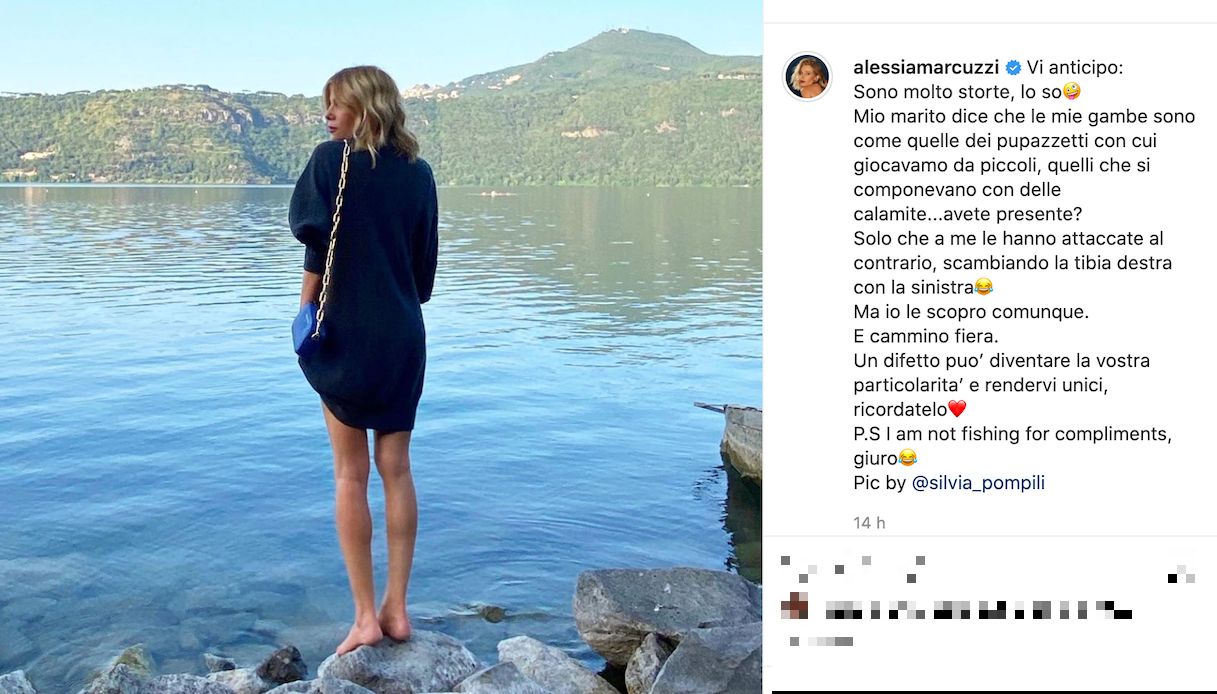