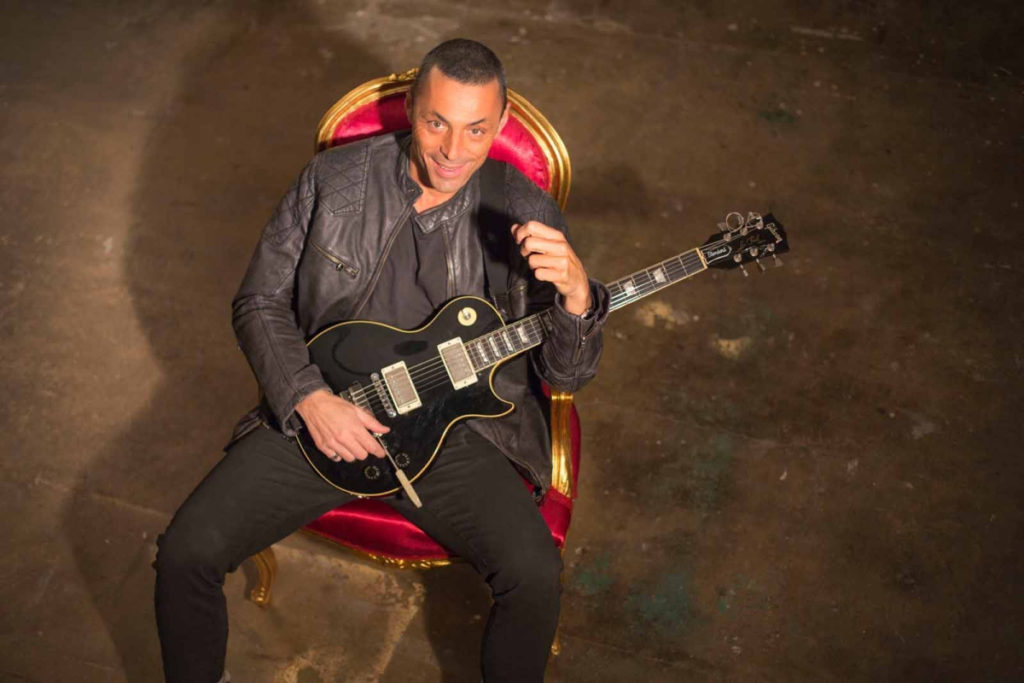 Alex Britti, brilliant Italian singer-songwriter and guitarist. Let's retrace his career together from his first success, Only once or a lifetime, until today

Alex Britti, born Alessandro Britti, is an Italian singer-songwriter born in Rome on August 23, 1968. Since he was very young he has a passion for guitar, so much so that he was able to convince his parents to give him one for his birthday, just 7 years old . From that day on, Alex began collecting guitars, reaching more than 50. He is so attached to his guitar that he even gave him a name, Martina. In an interview he said that during military service he could not play his guitar inside the barracks; as he could, Alex went to the stores of musical instruments and, pretending to be interested in buying a guitar, played it for a few minutes.

We retrace the career of Alex Britti. The Italian guitarist founded his first musical group when he was 17 years old. Together with his band he performs in Roman clubs and thanks to his talent in a short time he manages to establish himself in the blues and rock environment, performing in various festivals and working with internationally renowned artists. His first album was released in 1992 and was produced by Fonit Cetra. Despite his undisputed talent, his album is not very successful, but Britti does not give up and continues in his career as a guitarist and songwriter.

In the following years he participated in the concert on May 1 in Rome, in a broadcast broadcast on Italia 1 and in some theater performances. He also composed the soundtracks of two films released in 1995 and 1996, entitled Men without women and Stressed. Success for Alex Britti came in 1998, thanks to the single Solo once or all his life, which in a few days finished first in the Italian ranking. From then on, the singer collects a numerous series of hits. In 1999 he won the new proposals category of the Sanremo Festival, thanks to the song Oggi sono io, which a few years later was also played by Mina.

Among his singles that have become catchphrases we mention La Vasca, I like it, One in a million, I with my girl you with your girl, I'm happy, 7000 coffees and Lo zingaro felice. In 2011, after a pause from the recording studios, he recorded the song Immaturi, which became the soundtrack of the film by Paolo Genovese. As for his private life, the singer tries to stay as far away as possible from the news. We know he is having an affair with a girl named Letizia who is 20 years younger than him.

Giovanna Pirri
5757 posts
Previous Post
Pre enrollments at school, some tips to do them without anxiety
Next Post
Cesare Ragazzi, TV personality: biography and curiosities