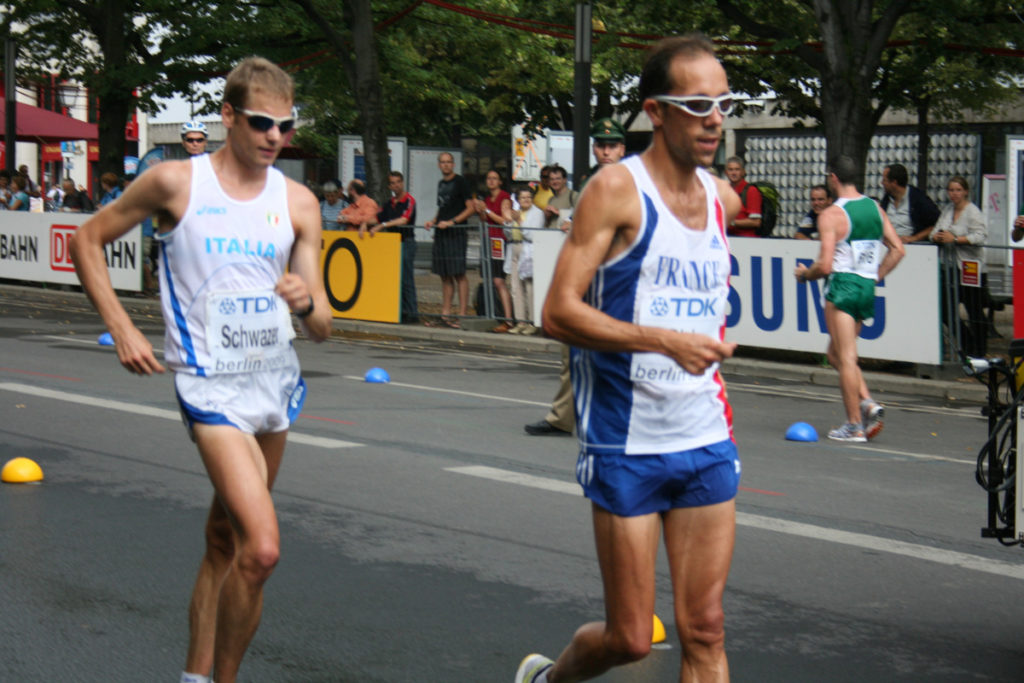 Who is Alex Schwazer? Let's find out everything about the life and curiosities of this Italian athlete known for his successes and for having been found positive for doping substances

Alex Schwazer is an Italian sportsman famous nationally and internationally for his physical performance in the discipline of walking, becoming Olympic champion during the Olympics held in Pecchino during 2008 in the same discipline. Unfortunately, it is also known for the events related to doping that concern the athlete; positive result to two tests to verify if he had taken doping substances, Alex Schwazer will be disqualified twice from the London Olympic competitions in 2012 and for the Olympics held in Rio in 2016. In both cases the tests gave positive results, revealing that in two On occasions the athlete was able to take illegal substances. This fact led to an almost total arrest of his career for 4 years (first disqualification) and for another 8 years, given the sentence of the International Federation of Athletics, pronounced in August 2016. After this sentence, all his achievements and more generally the sporting results achieved during 2016 were totally eliminated precisely because of the doping substances taken.

Alex Schwazer was born in the municipality of Vipieno, located within the territory of the province of Bolzano, in the region of Trentino Alto Adige. His sporting career began at the age of 15, when he was given the opportunity to compete in some competitions in the middle distance discipline, only after some time was he given the opportunity to use his sporting skills in the march, entering the pupils category. His sporting activity is not limited only to the disciplines just mentioned, but also extends to cycling, practiced on different roads, but despite this parenthesis he will return to practice walking. As for the athlete's physique, it can be said that he is about one meter and eighty-five centimeters tall and weighs about 73 kilograms. To participate in national and international competitions he carried out his training at the Carabinieri Sports Center in Bologna, under the guidance of Michele Didoni, that is, a well-known champion of the same discipline of the year 1995. The successes will come from 2005 onwards as, after considerable fatigue, wins the Italian walking championship, covering 50 kilometers. However, his successes are not limited only to the national sphere, but also to the international one.

The Italian sportsman was allowed to participate in his first Olympics, those held in Helsinki in the year 2005, and in this competition he was able to win the bronze medal in the discipline, also managing to establish a new Italian record as regards the march . Even at the World Championships he will only be able to earn a bronze medal, giving him a desire to improve further to get bigger trophies. And this desire will only come true during the Beijing Olympics, held during the year 2008; on this occasion he has the opportunity to participate in the 50 km long march, managing to beat all his opponents and even setting a new record regarding the journey time of the 50 kilometers themselves. During this competition, however, he also becomes the protagonist of a manifestation of decidedly exuberant enthusiasm, which will make him criticize by his opponents. Aside from a few accidents along the way, such as stomach pains that forced him to leave the World Championships in Berlin during the 50km test, his career is studded with remarkable successes.

As previously said, however, Alex Schwazer is sadly known also for the fact that he was found positive for doping on two occasions; The first time occurred in August 2012, on that occasion anti-doping controls were held for the London 2012 Olympics and as already mentioned, it was found positive with regard to the intake of a substance called erythropoietin. This caused CONI to immediately exclude himself from the Olympic competition and cut off his career within the Carabinieri weapon. In fact, after this incident he is forced to resign and leave the state body. In addition, its sponsors decided not to renew the contracts they had signed with the athlete. After a series of judgments by various courts that condemn him and increase the extent of the disqualification, he returns to the race, only to be found positive for doping substances again on June 21, 2016. Also on this occasion he obtains an immediate suspension from the competition and subsequently , on 8 August he was disqualified for another 8 years, seeing that every sporting result achieved in 2016 was canceled. The canceled results mainly concerned the team world championships held in Rome, where the victorious video in the 50 km test, and also the test of the 20 kilometers carried out in the brand of La Coruna. After this setback to his sports and military career Alex Schwazer has the desire to want to become a coach, making himself subject to strong criticism from the sports world; These criticisms were made due to the international regulation concerning anti-doping, where it is stated that no athlete of any federation can be trained by subjects who, during their career, have been disqualified for taking illegal substances.

Giovanna Pirri
4621 posts
Previous Post
DSA and superpowers: the importance of music
Next Post
Alessia Marcuzzi overcomes the controversy: she will return to the Island of the Famous