Alice of Battenberg, the extraordinary story of Prince Philip's mother 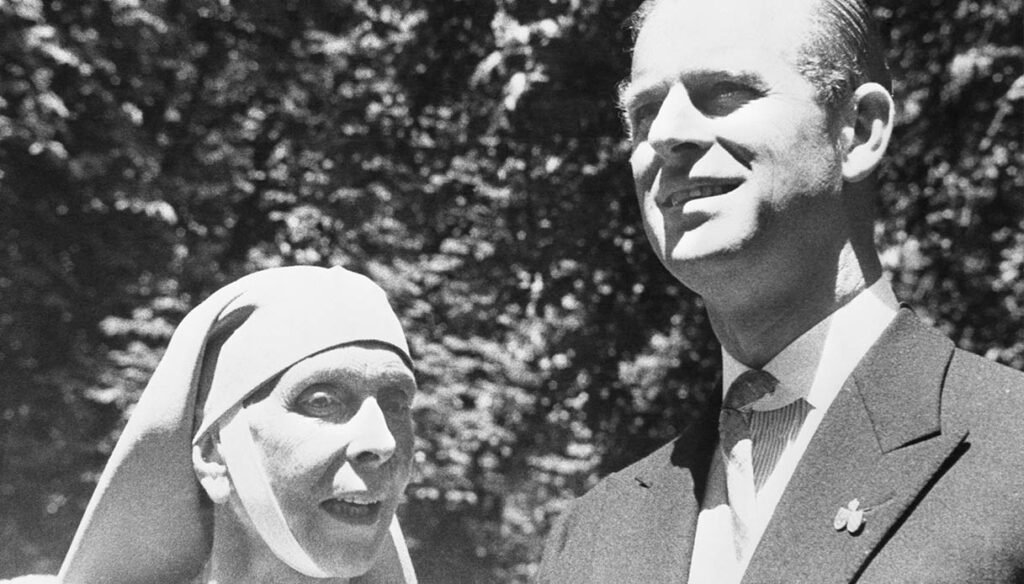 The story of Alice of Battenberg, mother of Prince Philip, is incredible and deserves a story in itself

An exceptional woman who did not have the knowledge of being one. This is how Alice of Battenberg is described by Prince Philip himself, her son: “I suspect it never occurred to her that her actions were somehow special,” he said of her a few years ago at a commemoration. And indeed judging from her story, it really seems incredible that everything that happened to her could somehow be true.

A woman with a thousand lives, Alice, of those enigmatic and impenetrable figures to the point that Peter Morgan himself, creator of The Crown series wanted to tell a part of it and spoke of her as a fascinating character "more than any screenwriter could invent ".

It was possible to relive a taste of his charisma through the telefilm on the story of Elizabeth II (which is ready to return with a fifth season which should start shooting in July, here all the new protagonists of the cast).

But behind the story of Princess Alice of Battenberg there is much more than what is seen on the small screen. Born in Windsor Castle in 1885 as Vittoria Alice Elisabetta Giulia Maria, Prince Philip's mother grew up with her family in Darmstadt, London, Jugenheim and Malta (where her father was a naval officer). It is her mother who realizes that even as a child she had hearing problems that slow down her learning and therefore teaches her to lip-read and to speak English and German.

Daughter of Prince Louis of Battenberg and Princess Victoria of Hesse, granddaughter of Queen Victoria's mother, on the occasion of the coronation of Edward VII she met Prince Andrew of Greece and fell madly in love with him. The two got married the following year, in 1903, and from their union no less than 5 children were born, four girls and a boy, Philip.

So far, her life flows in a rather linear way, but during the Balkan wars her husband is called back into the army and Alice, always attentive to the most needy, decides to work as a nurse. This is followed by an exile in Switzerland during the First World War and a coup in Greece (where in the meantime they had returned) which forced the family to flee to France.

"In the course of her life, all her fixed points were reversed," writes historian Hugo Vickers of her. In Paris, the Princess begins to dedicate herself to charity, taking care of Greek refugees, and discovers the faith: she converts to the Greek Orthodox Church and begins to claim to be in direct contact with Jesus Christ to the point of being able to receive divine messages. These are the first signs of a psychological imbalance, which according to recent reconstructions, is likely to have been due to a strong nervous breakdown caused by the dramatic events experienced up to that moment.

At the time, however, she was diagnosed with paranoid schizophrenia and Alice was removed from her family and locked up in two asylums, first in Berlin, then in Switzerland, where she was followed by students of Sigmund Freud. His case is considered so difficult, due to his rebellion against treatment and his constant attempts to escape, that Freud himself is asked for an opinion. The father of psychoanalysis establishes that his malaise derives from a sexual imbalance.

The mother of Prince Philip is then subjected against her will to forced sterilization, which however does not help her and, on the contrary, only brings her premature menopause and further ailments.

This would be enough to annihilate anyone and reduce even the most resistant spirit to pieces. And yet this is where Alice from Battenberg once again brings out all her strength and courage. She decides to do her own way: to get away from the family, which has given her only suffering up to that moment (her husband in the meantime consoles himself with other lovers and the daughters marry officers of the Nazi army, causing many problems even to Philip himself. ) and to dedicate oneself to others, to those who really need her, the last ones, the invisible ones.

Only after several years does he resume contact with the Royal Family, thanks to his beloved Philip, whom he finds again on the occasion of the funeral of one of his daughters, and to the then Princess Elizabeth. The couple married in 1947 and Alice participated in the sumptuous ceremony despite having in the meantime settled in Athens (after a nomadic period around Europe in disguise) and having saved numerous Jews from the horrors of war.

Back in Greece, her home, she founded her religious order, the Christian Sisterhood of Martha and Mary, to which she dedicated herself with total devotion and self-denial, so much so that she presented herself at the coronation of Elizabeth II, in 1952, dressed as a nun, with a simple tunic, that of his order.

In 1967, following the umpteenth unrest in Greece due to a new coup d'état, Prince Philip begs her to flee for safety. Faced with her refusal, it is said that the Duke of Edinburgh had her picked up and loaded onto a plane by force (probably with the help of the British Secret Service). Here the story intersects with that told in The Crown, which shows how Queen Elizabeth decides to entrust her with a wing of Buckingham Palace in which to welcome her and that was worthy of her rank. The Princess, however, remains what she is: court sources say that she wandered around the Royal Palace dressed as a nun, with a curious and amazed look, smoking her inevitable cigarettes.

According to the account of Lady Pamela Hicks, Prince Philip's cousin, Alice of Battenberg could sometimes show a “temper. He could have been a very difficult person ”. Despite this, the relationship with Queen Elizabeth has always been serene, until her death, precisely in Buckingham Palace, in 1969. And even on that occasion Alice demonstrates her extraordinary nature: she gives all her possessions to the poor and entrusts her farewell to his son with a note: “Dear Filippo, be brave. Remember that I will never abandon you. I will always be with you, when you need it. With all my love, your old mother ”. 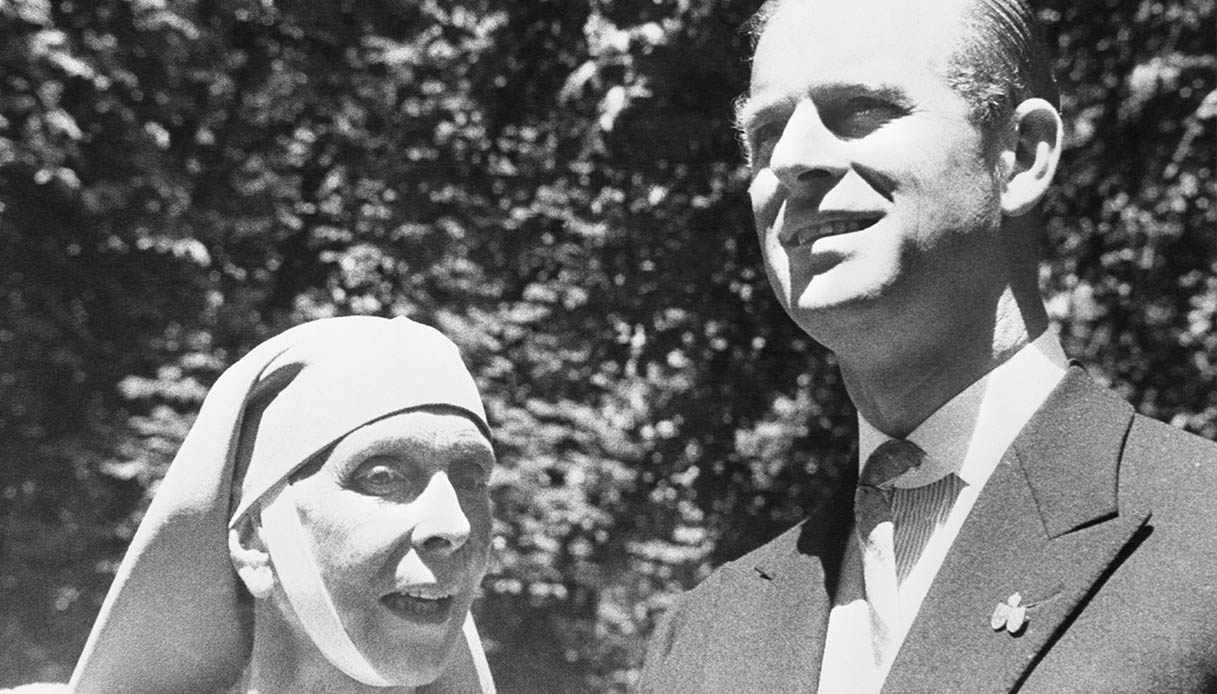 Prince Philip with his mother Alice of Battenberg (GettyImages)

Giovanna Pirri
4960 posts
Previous Post
Friends, Carolyn Smith sides with Celentano: criticism of Martina
Next Post
U&D: "Tina Cipollari what happened to you", the appeal of the fans on Instagram