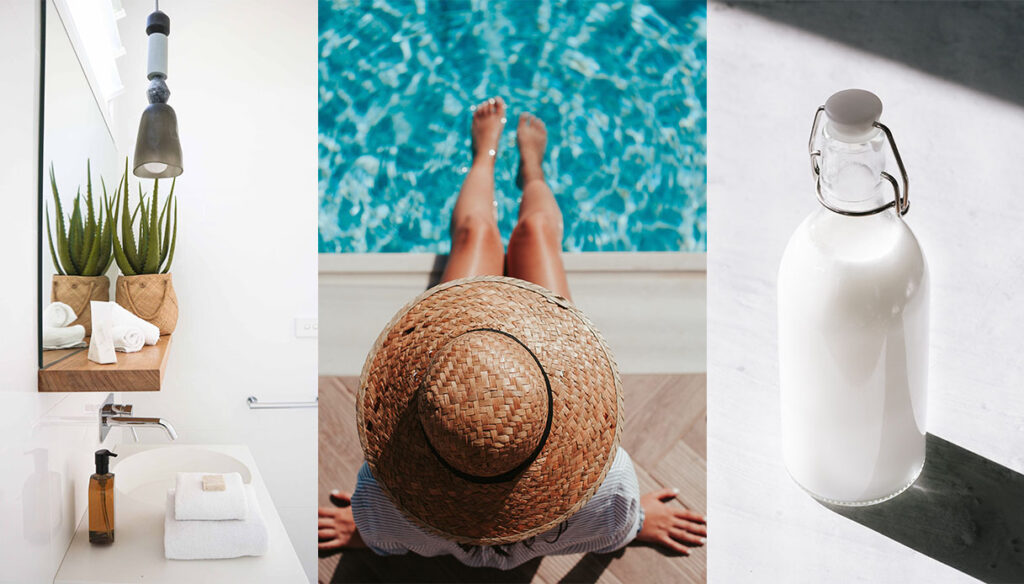 How to soothe and heal sunburned skin? Natural remedies are an excellent after-sun solution to use in an emergency.

Dehydrated skin, widespread redness and tight skin: after a long exposure to sunlight, despite sun protection, it is normal and necessary to add a good after-sun to give the skin the right relief. In addition to those available on the market, of course, it is possible to resort to natural remedies.

Read also: 5 after-sun treatments for less than 15 euros to try, for a long-lasting tan 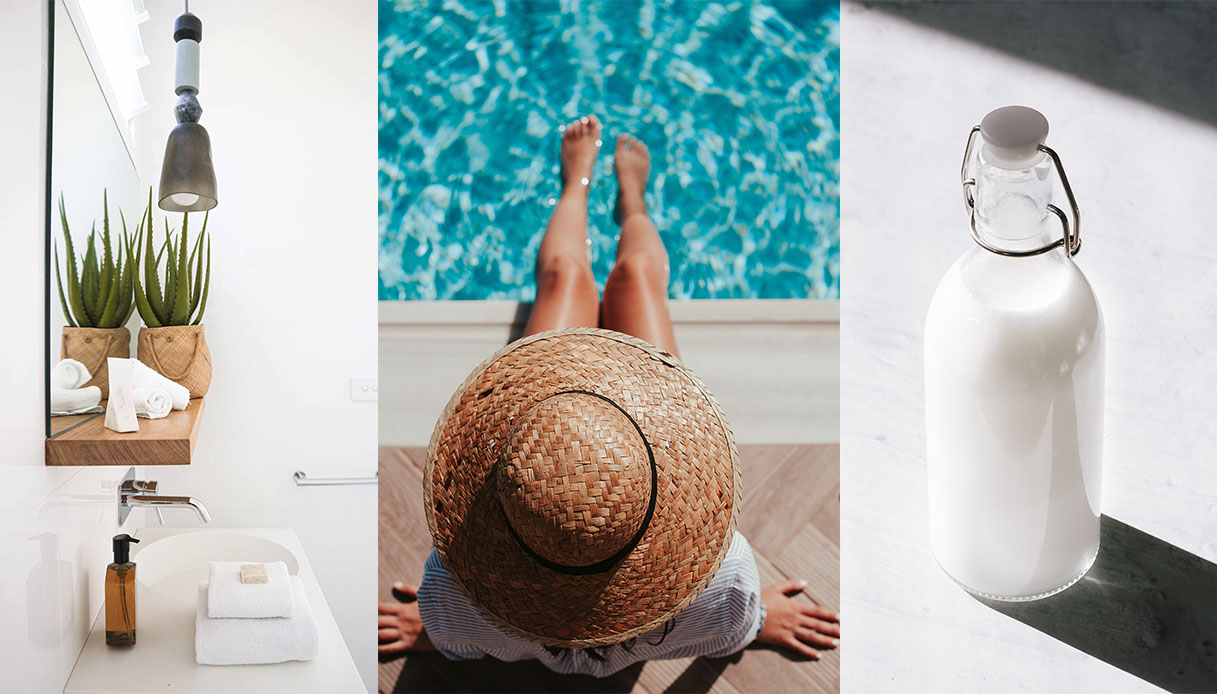 Aloe vera, cucumbers, potatoes and more: anything that can relieve UVA and UVB stress can be easily found at home and we are here to tell you how.

Read also: Under the sun with a healthy and beautiful hair, thanks to sun protection for hair

Good to eat in salads during hot summer days, but also as a natural after-sun remedy. Its antioxidant and analgesic properties are ideal for relieving the pain that sunburned skin can cause.

Blend fresh cucumbers and apply them directly to red and burnt areas. Leave it on for a few minutes and eliminate any excess. You can also, optionally, add plain yogurt until you get a creamy and body cream-like mixture.

Irritated and sunburned skin immediately benefits from a cool shower, but the use of water alone cannot relieve itching and burning. Precisely this is possible to add a glass of apple cider vinegar to a warm bath: this mixture will disinfect the skin, relieving discomfort and stimulating the production of melanin for a prolonged and lasting tan.

In the common imagination, potatoes are a valuable aid for dark circles, thanks to their decongestant power. Precisely for this reason they are useful as a natural after-sun remedy to relieve the discomfort after prolonged exposure.

Apply boiled and mashed potatoes as a soothing compress to red and hot areas. Its anti-inflammatory, anti-itch and decongestant properties, given by the starch, will allow you to find some relief after taking too much sun.

Read also: Wraps and food remedies to protect the skin from the sun

Impossible not to mention aloe vera among the natural after-sun remedies. This large-leaved succulent plant is contained in many after-sun preparations but they soon know that it is possible to use the pulp of the leaf directly on red skin and follow some easy and DIY recipes to replicate at home.

The first thing to do is to peel the leaf in order to obtain the gelatinous pulp that can be used in different ways:

Did you know that baking soda is a great ally for sunburn? All you need to do is make a cold pack based on water and bicarbonate and leave everything on for 15 minutes. In this way you will be able to rebalance the pH of the skin but, the most important thing, is to dissolve the bicarbonate with extreme care, thus avoiding the scrub effect that could irritate the skin even more.

Who doesn't have fresh milk in the fridge? All and for this reason it can be a valid natural after-sun remedy. Cow's milk, in fact, is the fastest and cheapest way to relieve the discomfort and pain caused by sunburn: just wet a cotton cloth or gauze and apply it to the skin.

The milk proteins, in fact, will create a light layer on the skin and, in addition to speeding up healing, soothes the area thanks to the action of the cold.

Obtained from the fresh flowers of Hypericum perforatum (St. John's wort) or St. John's wort, St. John's Wort oil has always been used in phytotherapy and is an excellent ally for damaged or irritated skin and is one of the best green after sun oils. In addition to soothing aches and pains, it allows to hydrate the skin also allowing to speed up its regrowth and regeneration.

Apply it several times a day on sunburned areas but, to avoid worsening the situation, avoid exposure to the sun after use.

The soothing and calming properties of chamomile are well known, but perhaps not everyone knows that it is an excellent natural after-sun remedy. Just make a decoction by mixing calendula oil and chamomile where you will dip a gauze, preferably in the lukewarm liquid, and which you will then pass on the burned skin several times until absorbed.