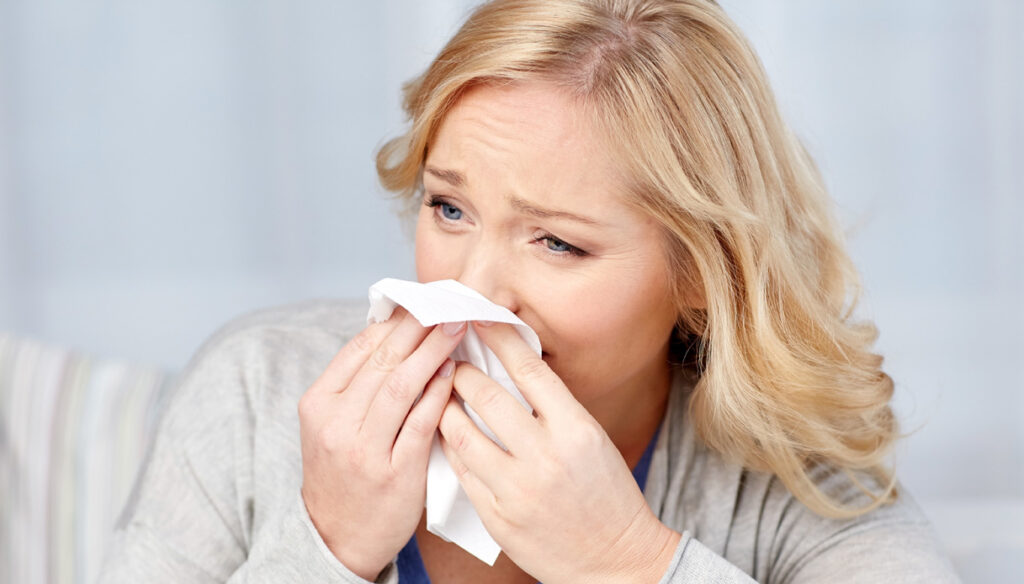 The manifestations of allergic rhinitis are diverse. Sometimes the nose runs madly, in other cases nasal congestion, with the nostrils closing, is the master and breathing becomes difficult. These are two apparently conflicting conditions, but they represent the double face of rhinitis.

The rhinitis, according to the Anglo-Saxon terminology, can be divided into sneezer and blocker. In the first case there are the symptoms more easily correlated to allergic rhinitis, such as sneezing, runny nose, itching, a slight sensation of nasal obstruction and conjunctivitis.

The picture changes with the blockers which are characterized by ailments such as nasal obstruction, phlegm, a feeling of full nose and only occasionally some sneezing. There is also a further fact that characterizes this picture, periorbital edema, that is, swollen dark circles that are linked to venous congestion in the eye area. Finally, there may be the allergic greeting, hence the tendency to rub the nose with the back of the hand to facilitate breathing.

Inflammation is the key factor that characterizes these pictures. Often at first, one breathes badly through the nose because the air does not run freely in the nostrils and this is what the presence of inflammation is linked to. In practice, the picture leads to a swelling of the mucosa and an excessive production of mucus, obstructing the passage of air. Thus appears nasal congestion.

It is always important to talk to your doctor because if this inflammation is not treated properly, it tends to become chronic and can sometimes affect the trachea and bronchi and can facilitate the onset of otitis media. The medical examination allows to identify the characteristics of rhinitis, understand how it arises and receive the necessary therapeutic indications.

Gianluca Zompi
1634 posts
Previous Post
Ilary Blasi: here is the report card of her looks
Next Post
Amici 2021, Aka7even in crisis: "I am disappointed". And Pettinelli is beside herself