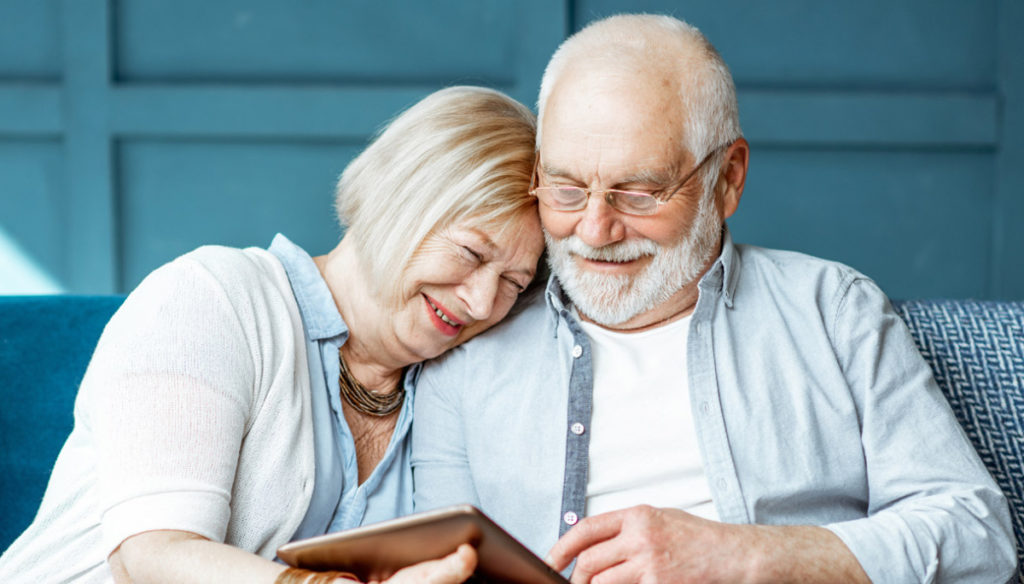 Loving yourself in a relationship with two is important. But, on the health front, it is even more significant to share hopes for tomorrow and always look to the future, without exaggerating with regrets. For him and her. Those who "think positive" by planning the days that will come, better if the vision is "two", could even more effectively counter the risk of developing the cognitive decline that accompanies the years that pass and even that of going Alzheimer.

Living well in two preserves the health of body and mind

An original study appeared in the Journal of Personality magazine to draw the beauty of life for two, when obviously the couple does not creak and always keep alive the desire and pleasure of being together with their own.

The survey was conducted by a team of psychologists from the State University of Michigan and involved just under 4500 couples monitoring general health conditions for up to eight years, as well as obviously assessing the psychological condition of the partners. Well, it has been seen that when you are lucky enough to marry a person who tends to see tomorrow always colored in pink, regardless of the inevitable misadventures of life, the well-being of the individual, as well as the partner, tends to increase.

Reflexes would be particularly important for the risk of developing cognitive degeneration and also Alzheimer's disease. Obviously, the key to this possible protection lies in the quality and quantity of time spent together, when the gloomy mood does not prevail over the positive vision.

According to what the American experts report, for example, if his or her own sent us to make healthy choices in anticipation of a peaceful future is of great help in terms of food choices and lifestyles.

If you are pushed, obviously with love, you tend to pay attention to the diet, better controlling the weight and above all choosing when possible healthy elements, such as fruit and vegetables.

And it is well known how this only factor is important in the prevention of Alzheimer's disease and more generally for cognitive difficulties in old age. just think in this sense of the results of the Mind-Diet, which re-proposes in general terms the classic Mediterranean diet, rich in vegetables. And then, if the partner pushes to healthy choices such as abstention from smoking and regular physical activity, it is easier to fight laziness and cigarettes, with a net gain in terms of future risks for the health of the nervous system and beyond .

For a good future, think of beautiful memories

So if the partner thinks positive and sees pink, it is easier to stay healthy. Let me be clear: it is not always easy to follow the warnings of those who live near us, and even a hint of resentment may appear for those who want to show us the right way.

But according to William Chopik, one of the coordinators of the research, if it is true that there are studies that demonstrate how reiterated advice can trigger a sense of rebellion, other investigations show that instead the warnings of the optimistic partner is a boost to positivity.

The secret to making the most of this assonance of intent and vision towards tomorrow, with one of the protagonists as a couple "pulling" the other, is however to share the best memories and refresh them frequently. It is not just an exercise to keep the memory, it would be too simplistic a key. Often rethinking your love story, reliving the first kiss, telling stories of past intimacy becomes a stimulus to re-evaluate the future in a positive way. And protect the brain.

Gianluca Zompi
1595 posts
Previous Post
Smartphone: you focus more if you have it close and you don't use it
Next Post
Coronavirus: the 10 scientific rules to protect yourself