Alzheimer's, how to behave in the summer 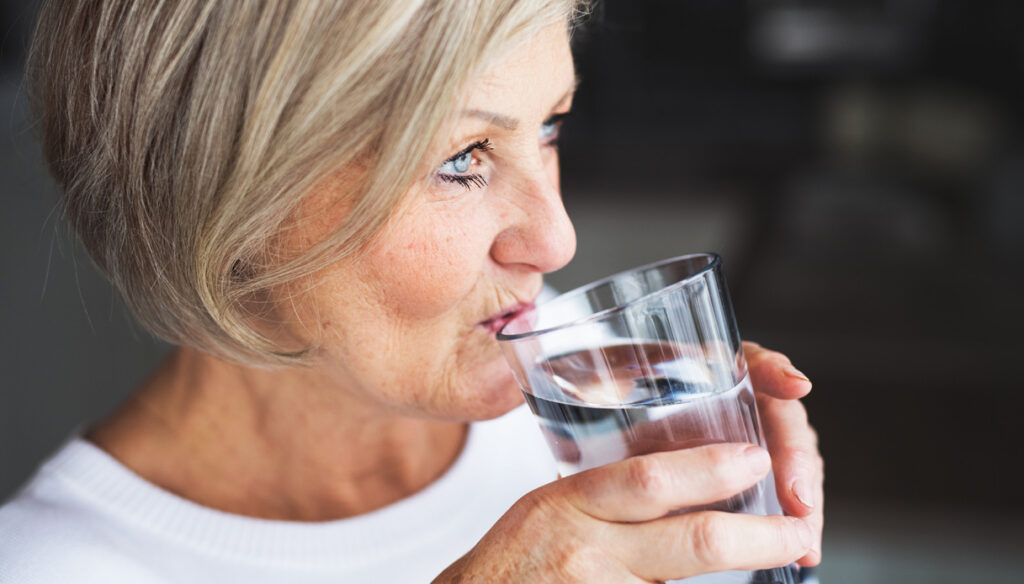 Hydration, small and frequent meals with fruits and vegetables: the useful rules to assist people with Alzhemer in the summer

Experts call them fragile people. They are the many subjects, elderly but not only, who suffer from diseases that can be tolerated with greater effort, both in medical terms and from a social point of view. The different forms of cognitive impairment, in some ways, represent a prototype of these conditions.

Alzheimer's disease, as we know, can be very difficult to deal with both for those who suffer from it and for those who care for them. For this reason, especially on very hot days, it is necessary to take some countermeasures. Here are the advice of the experts of the Italian Society of Neurology, expressly dedicated to assisting the elderly and frail people in the presence of very high temperatures.

"This season – explains Alessandro Padovani, Director of the Neurological Clinic of the University of Brescia – the most fragile patients, older in age, alone or partially alone, those with advanced loss of autonomy and with the need to hire drugs for multiple pathologies.

It should be borne in mind that even in healthy people, high temperatures cause stress to our body and cause sensations of easy fatigue, dizziness, difficulty concentrating, reduction in the amount of urine emitted, sleep disturbances, easy irritability and a state of agitation and of discomfort. All this has greater consequences in patients with dementia, who generally tend to hydrate little and concentrate their nutrition in main meals. On the other hand, it is very important to prefer small and frequent meals, as varied as possible, trying to accompany the meal with liquids ”.

It must be said that there is an enemy who often underestimates himself, also for lack of "request" for countermeasures. It is called dehydration, with repercussions on the body's fluid and mineral salts content. Dehydration is the major risk factor for worsening and in most cases it is not adequately prevented or countered. Older people often have a reduced perception of thirst and often do not feel the need for it. In people with dementia, there is also the difficulty of expressing their needs and often the opposition to solicitations.

The fact remains that hydration must be guaranteed and promoted in all possible ways, preferring unsweetened drinks and especially fruit and vegetable juices or extracts. Among these, juices of orange, pomegranate, blueberries, pineapple, and among the vegetables tomatoes, celery, carrots, cucumbers can be proposed. Watermelon, melon, and peaches also deserve to be included in this list.

Fruits and vegetables contain up to 80% liquids and are also rich in mineral salts, vitamins, antioxidants and fiber, which, together with water, allow the digestive system to function properly. Finally, given the potential slowing down of metabolism and drugs, many elderly people suffer from constipation so fruits and vegetables provide them with fiber to help them with this further problem of old age. It should be remembered that in people with dementia, it is essential to avoid giving alcoholic beverages which increase sweating, the sensation of heat and heart rate.

The other useful rules

Here are other recommendations from the experts: it is necessary to avoid letting elderly people go out during the hottest hours, prefer light clothes or clothing in linen and cotton, equip the home with an air conditioner or dehumidifier, while trying to ventilate in the early hours of the morning.

In this context, one last piece of advice concerns drugs: in the heat it could be indicated to control blood pressure and reduce or suspend, where possible, drugs such as neuroleptics, anticholinergics and antihypertensives in order to avoid excessive blood pressure lowering. as well as growing exhaustion.

Gianluca Zompi
1718 posts
Previous Post
Career or motherhood, no one should choose: the example of Ursula Von der Leyen
Next Post
From Palmas-Magnini to Ciardi-Bernardeschi: the most beautiful VIP weddings