Amanda Lear: "I'll never be old." And he makes a revelation about Fellini 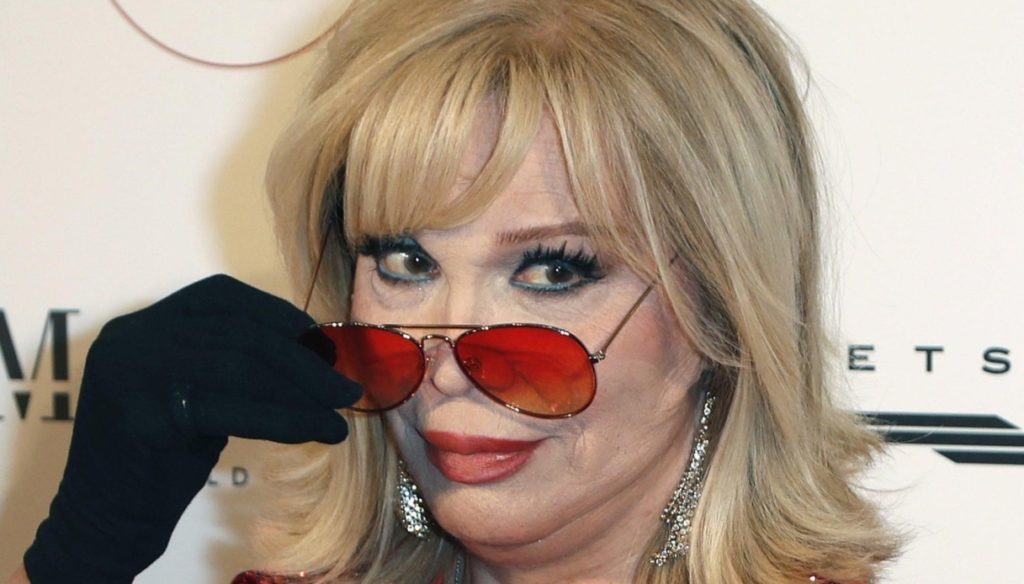 Amanda Lear will never cease to amaze: the multifaceted artist has released an interesting interview with Il Corriere della Sera on the occasion of a new cameo on the big screen and has let herself go to new confessions. In particular, Amanda focused on her relationship with Salvador Dalì, as she met Federico Fellini and much more.

Born in 39 and born in Hong Kong, Lear had an intense and at times mysterious life. The painter is considered an icon for the world of art and entertainment, so much so that Amanda is still very idolized as an inspiring muse for the greatest contemporary artists.
During her career, Amanda specialized as a model, painter and singer, always playing on the edge of provocation. Thanks to this verve, she was the lover (platonic) for 16 years of the Spanish painter Dalì and, subsequently, she established a confidential relationship with David Bowie, who introduced her to the world of music. It is impossible to forget the popular hit Tomorrow, which made the artist famous all over the world.

Currently, the pop icon has participated in the film Si muore solo da vivi, first feature by Alberto Rizzi, starring Alessandro Roia and Alessandra Mastronardi. Her character is that of Giusi Ganaglia, a musical impresario who, according to Amanda herself, "pulls it a little".
Amanda accepted this project because she feels very close to the protagonist's story:

I understand well the desire not to give up told in Alberto Rizzi's film. The protagonist lost everything in the earthquake in Emilia but does not give up on the idea that everything should end like this. I too have had a terrible tragedy in life. I lost everything in the fire of my house, my husband, the memories, the paintings, everything. But you have to force yourself and start again.

In fact, the painter's life was marked by the loss of her husband Alain-Philippe Malagnac, her greatest love for her. The manager died on 17 December 2000 together with a young man of twenty years in the fire of the large villa where the couple lived near Arles, in the Bouches-du-Rhône department.

Despite everything, Amanda has enjoyed the extraordinary experiences that life has been able to give her. For this reason, the artist is more than grateful for his success and the special encounters he has had. In this regard, he tells how it was to get to know Federico Fellini.

As soon as I met Dali, I was a little girl, she said to me: "If you want, I will send you to Fellini to make you work." I get on a plane towards Rome. He was in Cinecittà, perhaps Satyricon was traveling. He looks at me and says: “You are beautiful, I need a giant with three heads, a dwarf, not a tall, thin and blonde model. Come back to see me when you're ugly. " He took me to the restaurant with Giulietta Masina and they made me binge on pasta.

Amanda Lear then talked about her future projects, but the artist is one who loves to live in the present:

They tell me: "you have to think about putting money away for old age". I will never be old, why do I have to put money aside? I spend them and we'll see.

At 80, the artist is still irreverent, spontaneous, young and simply fantastic. We just have to wait for the release of the film Si die solo al vivi, a feature film soon available on the main digital platforms.

Barbara Catucci
3818 posts
Previous Post
Temptation, Pietro Delle Piane to Antonella Elia: "He must not be touched". The advances
Next Post
"Have a good trip in the sweet Luna light": Elisa's touching farewell