Ambra: "My daughter Jolanda, who cured me of bulimia" 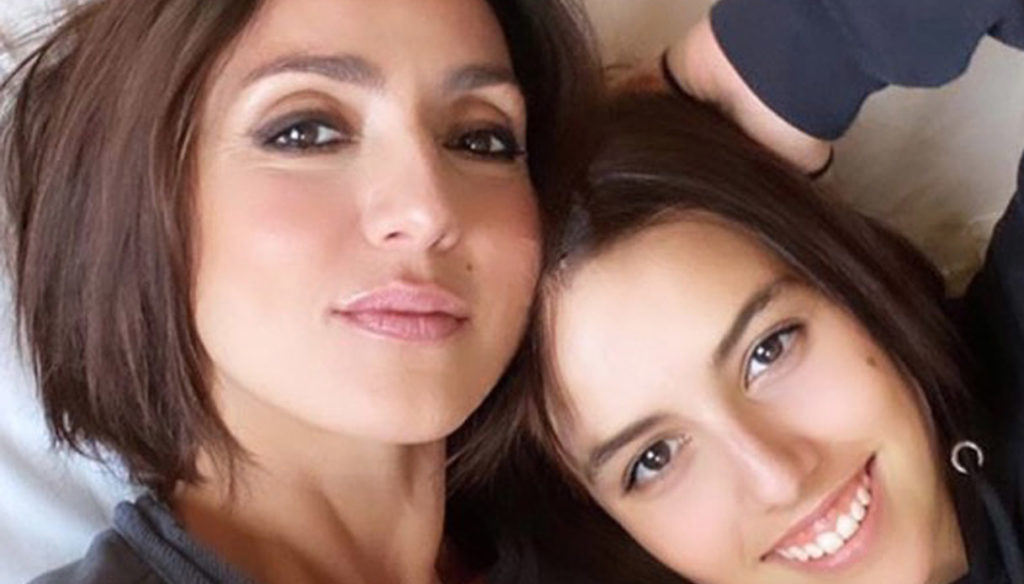 It is not easy to get naked, when you are famous and in the spotlight almost always. Ambra did it, in her autobiographical book "InFame", telling the darkest and most difficult parts of her life, those not illuminated by the cameras but which describe in a violent and crude way what she was and had to face in her teenage years . When his hunger for life and love turned into hunger for food, devouring everything around him. That bulimia that has tormented her for several years and that in the end she managed to defeat thanks to one person in particular.

Silvia Toffanin's guest at Verissimo, on Saturday 14 November 2020, the actress presented her book, calling it one of the things she is most proud of in her life. And he also revealed the wonderful creature who saved her, a sort of magical architect who managed to furnish her belly, transforming it from an earthquake-stricken and devastated place into the most welcoming that could be: her daughter Jolanda.

Ambra, with clarity and her voice sometimes broken by emotion, confessed to Silvia the happy ending of her story:

At a certain point, an "architect" arrived, who at first was just an egg inside me, and gave me a strange physical well-being. She, who today is a magical girl, has furnished everything, has made sure that this belly that I had so loved and scourged suddenly became the most welcoming and full place on earth. He plugged all the holes, he polished everything, he left everything shiny. Then Leonardo also arrived, who put your stamp on the furniture and this thing that had haunted me for years vanished into thin air. I remember that the last time I gave up my stomach it was because of the nausea. When my most beautiful miracle came out, it was all over. Thanks to Jolanda, who is an incredible woman. I learned a lot from her, this desire to go straight to things, not to be afraid of anything, to show myself beautiful or ugly, fragile or strong, pleasant or not, I learned it from her …

Barbara Catucci
5924 posts
Previous Post
Premature babies, a day for little ones who are "in a hurry"
Next Post
Friends 20, Andreas Muller explains on Instagram why he left the show