And then comes Jessica (nude look) and Rome is breathless 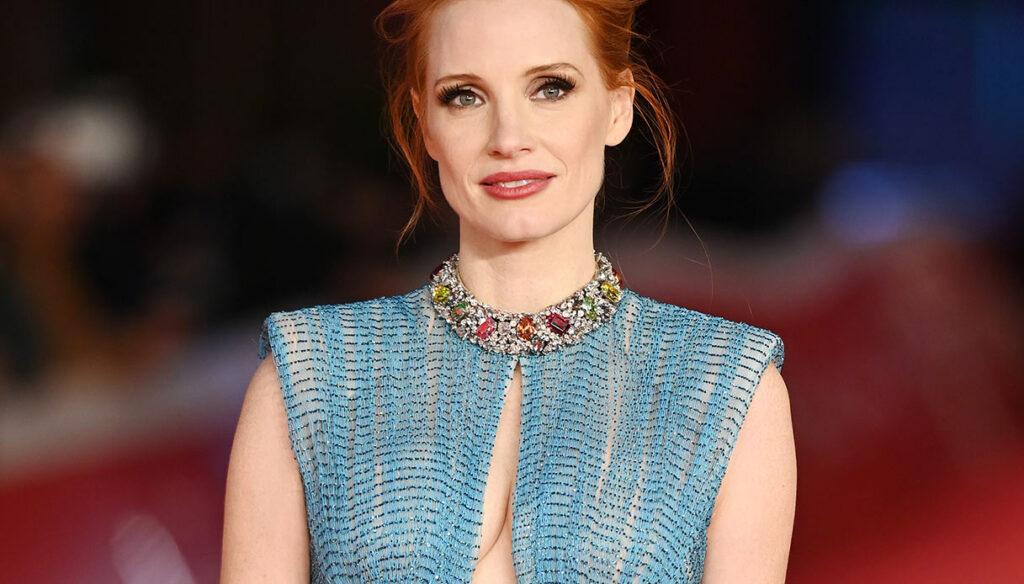 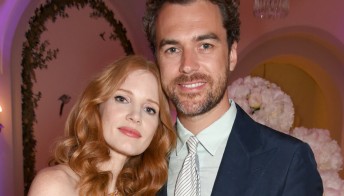 The fairytale wedding in Italy of the Hollywood princess

The Rome Film Fest (all the info here) opened its doors on Thursday 14 October 2021 and until Sunday 24, the day of awards and closing, on the red carpet there will be actors, directors and international guests. For 11 days Rome will be colored with cinema and glamor.

An amazing redhead inaugurated the red carpet: the American actress Jessica Chastain, who came to present her latest film as actress and producer, “The Eyes of Tammy Faye”, which narrates the extraordinary rise, fall and redemption of evangelical TV preacher Tammy Faye Bakker.

Jessica, in amazing shape, one of the most talented and requested actresses of the moment in Hollywood, has bewitched the public and industry insiders with two amazing outfits: one flaunted during the press conference with journalists, the other on the evening red carpet.

Jessica monopolized the attention during the meeting with photographers and journalists in the afternoon with an electric blue Gucci suit: long skirt with side slit that clearly highlighted her toned and muscular legs, oversized jacket and underneath, as the must-have of the moment it requires, only a top, to leave the belly and décolleté uncovered. 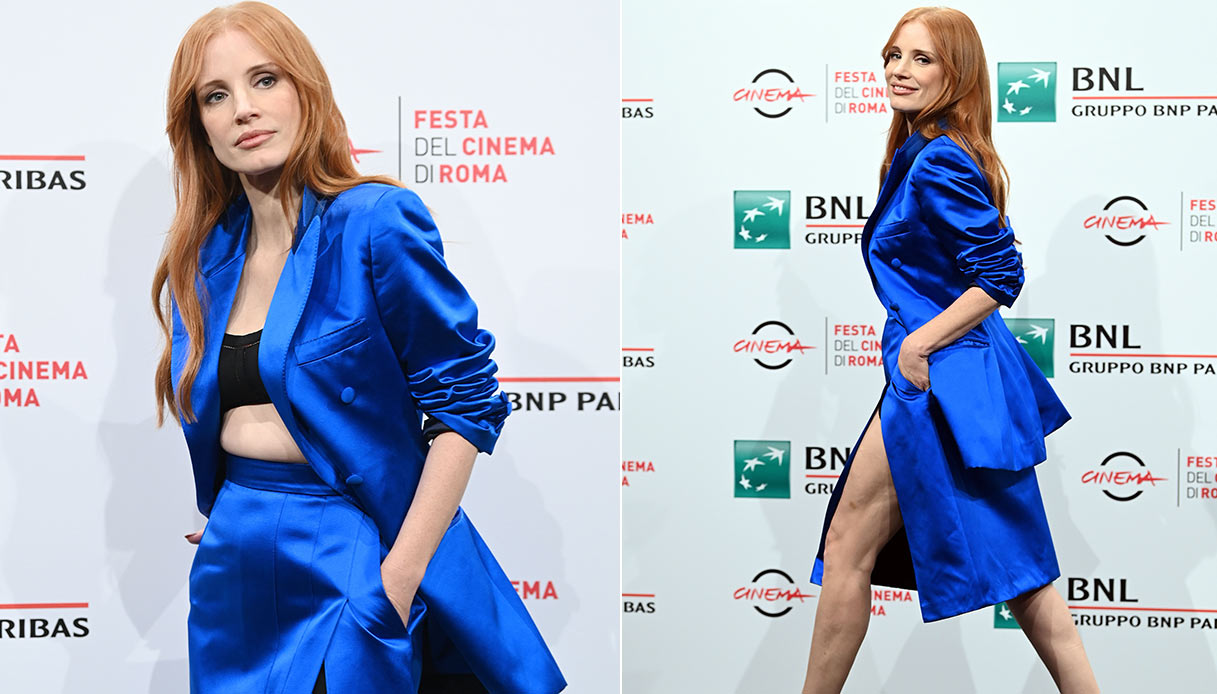 Jessica Chastain inaugurated the red carpet of the 16th Rome Film Fest with a Gucci suit that left you breathless: not so much, and not only, for the daring but divine color combination (long red skirt and blue top), or for the sparkling effect of the fabric, but also because, as the must have of the moment requires, Jessica wore it without a bra. Turning out beautiful, perfect and not vulgar at all. 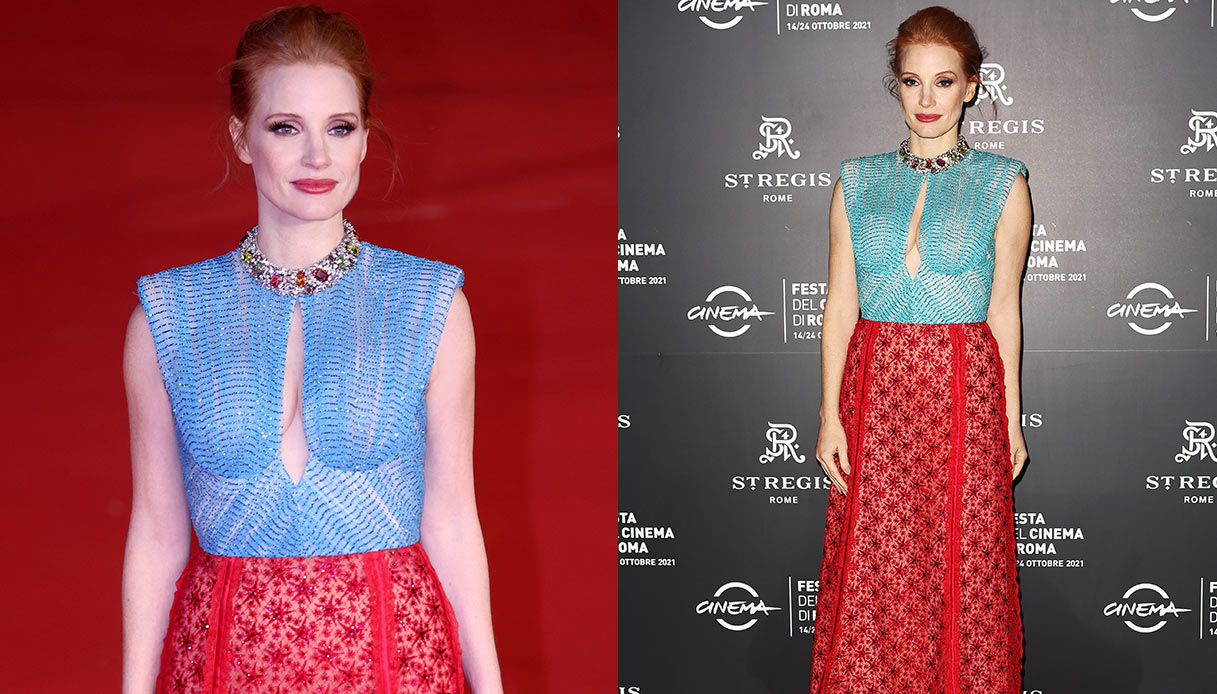 Rome Film Fest: Jessica Chastain and the other expected stars

Many stars expected on the red carpet. In addition to Jessica Chastain, protagonist of The Eyes of Tammy Faye, Johnny Depp, in Rome on October 17, Carlo Verdone and Gabriele Muccino. And finally, to close with a flourish, there will be Angelina Jolie. The actress, in fact, presents Eternals, the Marvel film directed by Oscar winner Chloé Zhao. 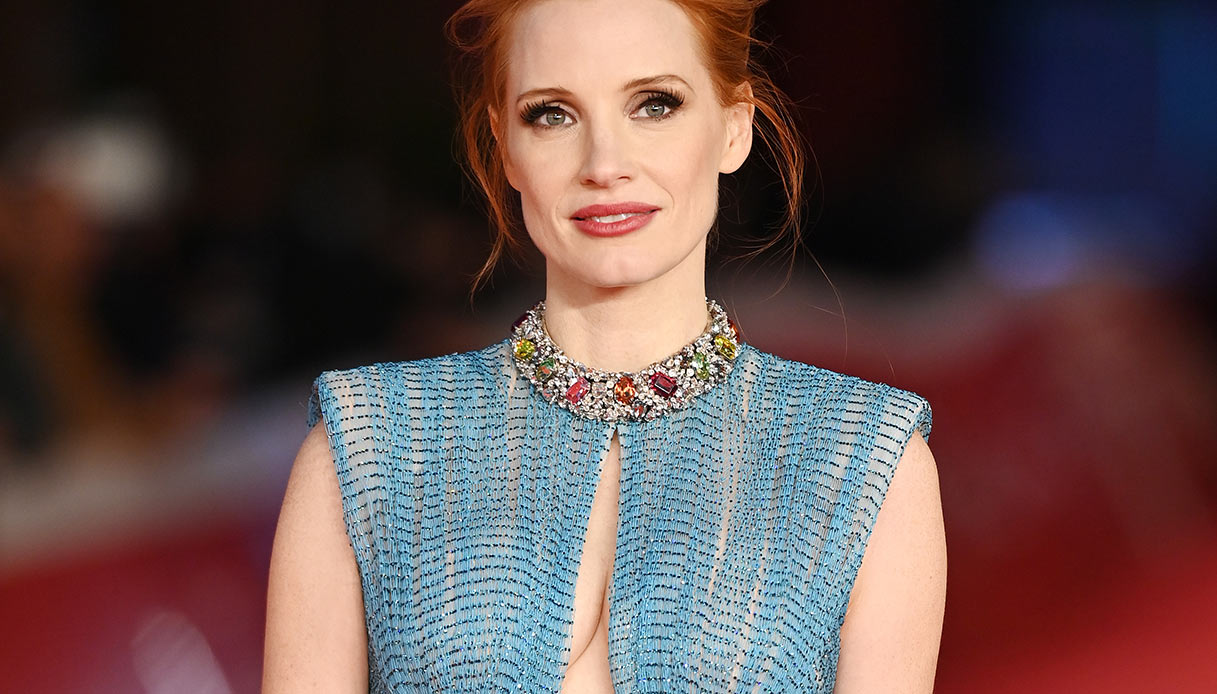