Andrea Iannone on Belen Rodriguez: "When one has a great cu * o" 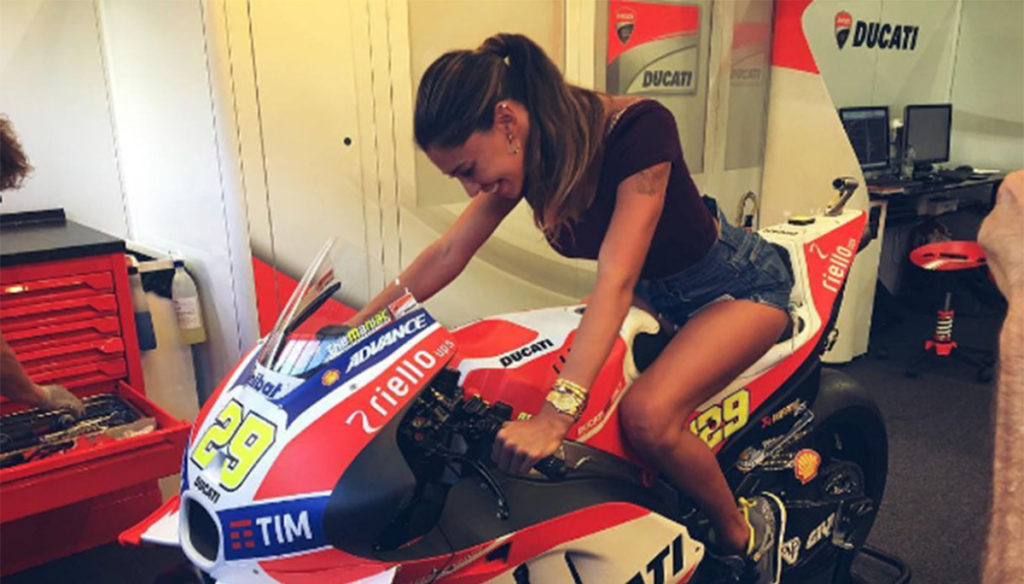 Belen Rodriguez brought luck to Andrea Iannone who triumphed at the Austrian Grand Prix. After the victory, the rider commented on the presence of Belen in the Ducati pits saying: "You know how to say it, when one has a great cu * o ..", referring to her friend who appeared in shorts on the track ready to cheer for him.

Argentina met Andrea Iannone through his brother Jeremiah, of whom he is a friend, and wanted to attend the Austrian Grand Prix to make the driver feel his affection. Apparently Belen Rodriguez brought luck to Iannone, who triumphed by climbing the top step of the podium and ironically on the B side of the showgirl.

Some time ago there was talk of an alleged flirtation between the pilot and Belen Rodriguez after the two had appeared on more than one occasion together showing a certain feeling. However, Iannone has always denied the existence of a love story by saying that with Belen Rodriguez there would be only a beautiful friendship.

In the meantime, Belen seems to have already returned to Ibiza where little Santiago was waiting for her, who remained with Stefano De Martino for the occasion. In fact, Amici's dancer and the Argentine showgirl met on the island and there are rumors that there is an intense flashback between them. He spent the holidays with Maria De Filippi and Maurizio Costanzo and is now planning to return with his ex-wife after a long separation.

And Marco Borriello? The footballer has made it clear that he is single, but the photos that portray him leaving for Cagliari from Ibiza in the company of Belen Rodriguez seem to deny his words. Many are ready to swear that Borriello, as soon as he can, will fly to the island to spend more time with Belen. Certainly Argentina remains one of the most disputed women of the moment, between Stefano De Martino, Marco Borriello and Andrea Iannone: who will win his heart?

Lorenzo Gavazzi
2480 posts
Previous Post
Everyone at the table! Tips for growing healthy
Next Post
Temptation Island, ended between Jessica and Andrea. And Massimo burst with jealousy