Anesthesia, because with music it is better to "fall asleep" 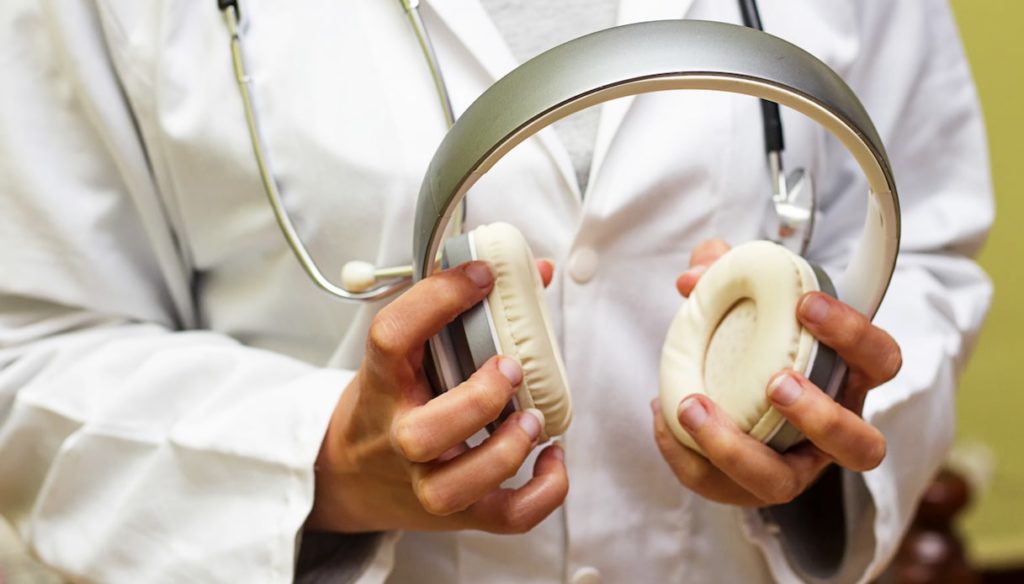 A study reveals that music can help combat postoperative pain

That the seven notes are a fundamental tool for influencing people's souls, perhaps making them calmer or helping to give them a boost of energy (obviously depends on the rhythms and musical styles) is now well known. And science has also shown that with the "meditation" induced by music you can modify autonomous physical reactions, therefore not controlled by the will, such as heart rhythm or breathing. now, however, music must be given an extra gift.

For those undergoing general anesthesia, listening to symphonies or songs could affect pain and the need to use pain medications after surgery. To say this is a research conducted in Germany, published in the British Medical Journal.

The intervention to the rhythm of music

First of all, during anesthesia obviously the state of consciousness is canceled and, thanks to specific drugs, when necessary the specialist also offers treatments that make the muscles "softer" and therefore allow for easier intervention. But although obviously the cocktail of drugs studied by the specialist "isolates" consciousness and takes away the awareness of what is happening, some studies show that there would be a sort of ability to understand the external environment that persists. And it was precisely on this totally imperceptible activity that we wanted to test the support of music in the operating room.

The research involved five different German hospitals in which nearly 400 patients were followed for surgery under general anesthesia for interventions lasting from one to three hours. In all patients similar treatments were used during the operation, but in half of them a musical "session" was proposed during the "administered" operation (just like a real therapy, therefore) with 20 minutes of background suitably chosen music alternating with 10 minutes of silence, in cycles. In the control population, on the other hand, there was limited exclusively to classical silence.

The results of the study are certainly interesting and help explain the role of notes in pain control. If the painful sensations were almost superimposable in the period preceding the operation, in the first 24 hours following the surgery an average reduction of 25 percent of postoperative pain was observed in those who had undergone the "musical" treatment., With slight limitation of the need for painkillers, always compared to those who had not "heard" the music. Moreover, even after hours the need to resort to strong painkilling drugs was reduced in the group that had listened to the music carefully chosen by the German teams, albeit under anesthesia. All this, it must be said, without side effects.

So the music fights the pain

Regardless of the experience in the operating room, which needs further evaluation, there are already several studies showing the potential effects of music on pain, so much so that today interventions of this type are also offered in palliative care. But how does the action of music occur? According to some researches, the musical signal is processed by certain areas of the nervous system and the pleasant and relaxing sounds activate the response of the parasympathetic system by attenuating the response of the sympathetic system.

Therefore it helps to reduce the levels of catecholamines and the concentration of different molecules that come into play in the stress process, with effects also on the perception of pain. Obviously from a medical point of view it is the expert who must guide the approach but for all of us, let us remember not to forget how much a good symphony or a beautiful song that awakens memories can do good for our body.

Gianluca Zompi
1496 posts
Previous Post
Ludovica Frasca, the former tissue made peace with her body: "I fought a lot"
Next Post
Kate Middleton, no garden party: the Queen cancels the events of 2021