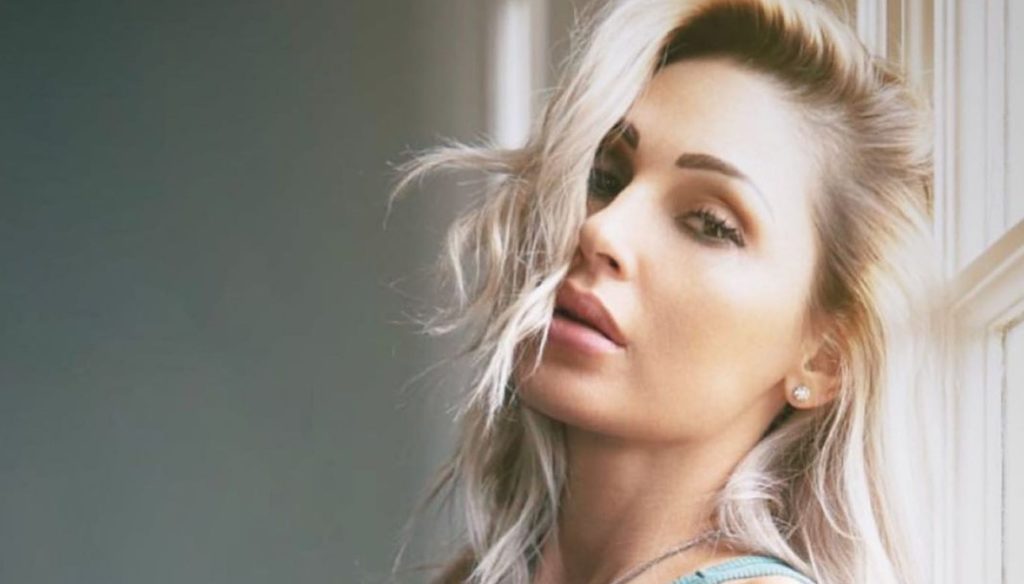 A few months after her farewell to Gigi D'Alessio, Anna Tatangelo tells her rebirth with an open heart

Anna Tatangelo seems to have definitively turned the page after her separation from Gigi D'Alessio. After numerous ups and downs their love story has finally come to an end and today the singer seems to be experiencing a real rebirth.

Anna and Gigi were together from 2005 to 2020 and, in 2010, from their union the little Andrea was born, who joined the large family of D'Alessio. The Neapolitan singer, in fact, with Carmela Barbato, his first wife, had already had three children: Claudio, Luca and Ilaria. In 2017 Tatangelo and Gigi had paused their relationship while trying, subsequently, to give new life to their feeling but, in the end, something seems to have definitely broken between the two.

A few days after the release of Guapo, her new musical single, Anna wanted to tell about her rebirth at Corriere della Sera and the desire to start over from herself and her passions.

Anna seems to have rediscovered herself as an all-round woman: mother and artist with a great desire to try new work paths. It is precisely to meet this need that Tatangelo has chosen to make her debut on the rapper scene: a music sector for her still quite unedited and different from the pop to which her audience has accustomed. The musical turning point was therefore represented by the launch of the single Guapo, in collaboration with the Neapolitan hip hop singer Geolier.

A three hundred and sixty degree change also represented by a radical change of look, with which Anna surprised all her loyal fans, underlining her desire to find a bit of lightness after so many tribulations. There are many women who say they start from the hairstyle when they are about to change their lives and, in this sense, the singer was no exception showing off an unprecedented blonde hair.

The farewell to Gigi, arrived after more than a decade spent together, has upset the life of Tatangelo, who has found herself facing a revolution made even more complicated by the delicate situation experienced by Italians in recent months.

It was the closure of an important relationship, a strong shock in my life. I already a year ago I started thinking about a musical change, you can see that something was moving inside. Perhaps unconsciously everything was tied up, it would take a psychotherapist to explain the deep meanings, the links between the musical change and the end of a love story. Now I am calm, but there has been a difficult period which has also coincided with the lockdown. Months that allowed me a very important introspection. It was hard.

Today, however, Anna seems to have left the worst behind and told of the new balance with the former partner found, above all, for Andrea's sake:

We remained on excellent terms. Gigi is an important pillar of my life and will always remain so. He is my son's father. We have maintained a beautiful relationship: I will always be there for him and he will always be there for me. It is right that it should be so. We have worked so hard over the years, this cannot be forgotten. […] He is an expert, gives me advice and I listen to his suggestions. The artistic esteem remains, sharing one's experiences is important. […] We are both doing different things and we are happy with this.

If some indiscretions would like a new woman next to Gigi, Anna replied that she had already found true love: “I'm fine. My son is the greatest love of my life. "

And who could contradict a mother's so sweet words?

Barbara Catucci
11951 posts
Previous Post
A Place in the Sun returns to TV after 100 days, the announcement on Instagram
Next Post
Marica Pellegrinelli and Enardu are a memory: Eros and Pago single and happy