On April 20, 1999, Eric Harris and Dylan Klebold arrived at Columbine High School at 11.10am in separate cars. The rest went down in history as one of America’s most heinous school massacres

On April 20, 1999, the day imprinted in the collective memory for the Columbine High School massacre, one of the blackest pages in the history of all the United States of America was written, the one signed by Eric Harris and Dylan Klebold, the two students of the school who entered the building armed and opened fire on classmates and teachers.

Twelve students and a teacher were killed, while another 24 people were injured. A murder suicide that of the two boys who, after carrying out the massacre, killed each other in the school library.

The episode, which attracted the attention of journalists, media and institutions, turned into an opportunity to discuss gun control, social security problems and adolescent depression. But what happened that day, which has gone down in history as one of the most heinous school massacres in the United States, no one can forget.

Everyone knows what happened that April 20, 1999, what was about to happen, however, few knew. There are many questions that all the people who had to say goodbye to children, relatives or friends that day have asked themselves. It is impossible not to wonder if that massacre could have been stopped, if it could have been avoided with greater attention to those dangerous behaviors already manifested by Eric Harris and Dylan Klebold years before.

It was Harris, in fact, who told the hatred he felt towards society, his classmates, expressing the desire to kill all the people who obstructed him. And he had always been the one to highlight, on that blog, those acts of vandalism that he carried out together with Klebold and other peers using those explosives that they themselves had learned to manufacture.

They had done so because they were angry and bullied by their schoolmates, to seek lack of popularity, or perhaps because they were depressed and suffered from social anxiety. The reasons have been discussed for a long time, but the truth is that none of these will ever limit the suffering of those who lost everything that day.

Eric and Dylan were arrested in 1988 following a theft of computer parts stolen from a van in Littleton. But they were minors and clean records, and they were children of a good family. For them, only a re-education and rehabilitation program was designed which seemed to work, in the opinion of the doctors. Eric deleted his blog and in February 1999 he finished the program excellently with Dylan, even ahead of schedule.

When Eric Harris and Dylan Klebold finished their program in February 1999, it was not the end, but the beginning of a well-organized plan. On April 20, in fact, the two students arrived at Columbine High School at 11.10 in two separate cars. They had already planted bombs inside the school, which they had made themselves, and one outside with the aim of distracting the staff.

That one exploded at 11.14, the others, however, did not. When the two realized that something had gone wrong, they took the guns they had in the car and entered the school, opening fire on students and teachers. It was in the library that the largest massacre of 33 people took place.

At 11.42, after killing their schoolmates, the two left the room and continued wandering around the school for about twenty minutes while the others fled and the police had already surrounded the building. After a while there were two more shots and then nothing else: Eric Harris and Dylan Klebold had returned to the library to commit suicide, one with a shot to the head, the other with a shot in the mouth. 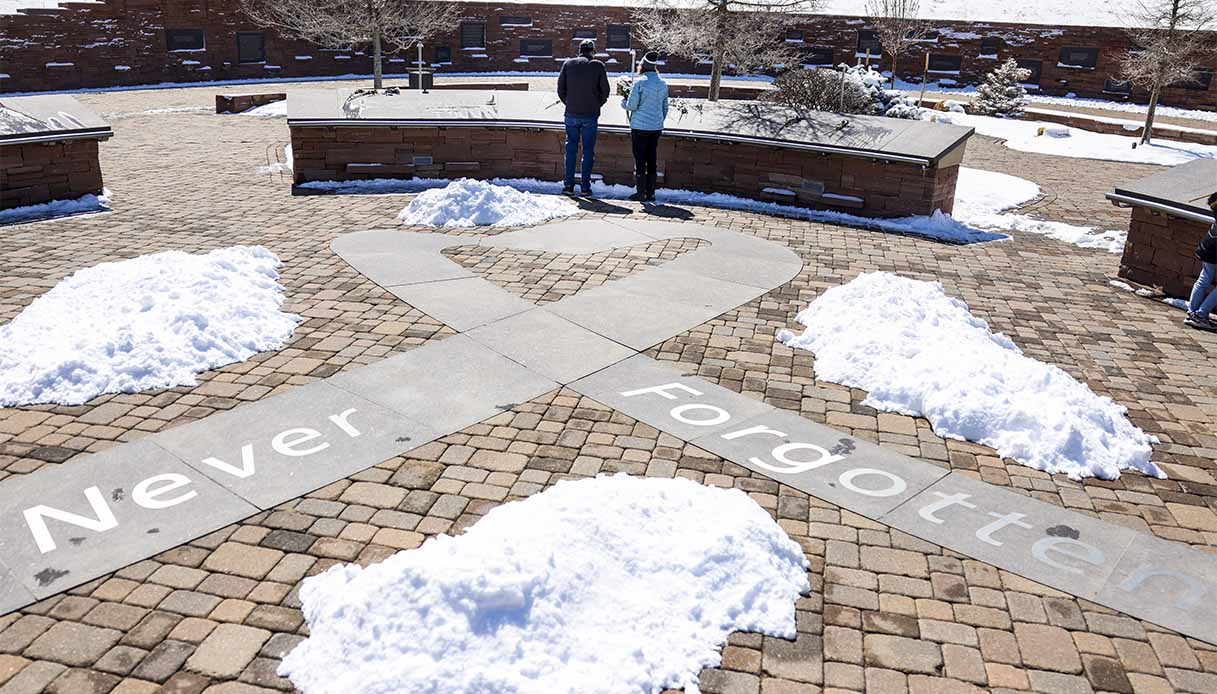