Argentina approves the abortion law, because it is an epochal turning point 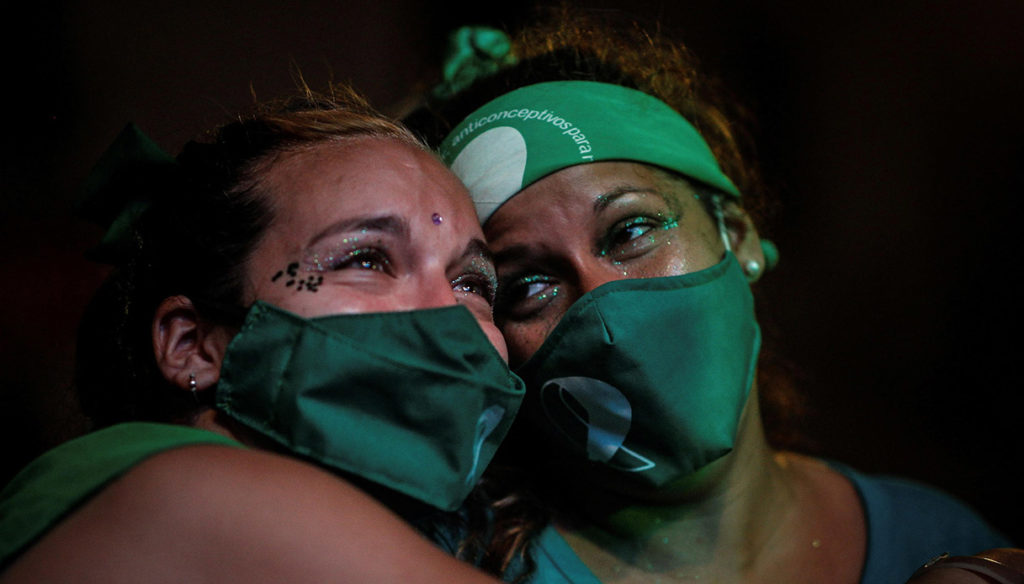 The Senate approved the bill that makes voluntary abortion legal: a real turning point for Argentina

From today also in Argentina there is a law on abortion that makes the voluntary interruption of pregnancy legal (within certain limits): an epochal turning point for the country, in which the pressures to the contrary have always been particularly strong and which saw the interruption of the parliamentary process in the passage of the drawing between the two chambers.

The law was in fact passed to the House already in 2018, but was blocked by the no of the Senate in second reading. This time the bill was finally approved, with 38 votes in favor, 29 against and one abstention. Some changes to the original text and explicit support from the ruling party favor the green light.

Until now, voluntary abortion in Argentina was only allowed in the event of rape or if the woman's health was considered in danger, but the government of President Alberto Fernández had made the bill one of the cornerstones of its program.

For decades, feminist collectives had been demanding a law that would protect women and their right to choose whether or not to continue their pregnancy and about 15 years ago the Campaña Nacional por el Derecho al Aborto Legal, Seguro y Gratuito, a movement that aimed to the decriminalization and legalization of abortion, the symbol of which is the green handkerchiefs that today are seen waving in Argentine cities (the so-called pañuelos) and which over the years had presented eight proposals to the Argentine Congress, all rejected. These collectives had welcomed the bill, but today they turned their noses up at the changes with which it was approved (first of all the inclusion of conscientious objection).

The "1000 days project – as it was called – strengthens the integral care of the woman during gestation and of her children during the first years of life", said President Fernández.

This is because the plan on voluntary termination of pregnancy, which in Spanish is abbreviated with the acronym IVE, presented in mid-November, provides for the approval of a law also on health care and the care of women who – al contrary – decide to carry on with the pregnancy.
Not only that: in the approved bill, which follows one of Campaña's proposals, abortion is included within the PMO – a mandatory medical program – equating it to a basic medical service, therefore essential and free.

The provision approved after 12 hours of debate provides that every pregnant woman can have an abortion within the 14th week, after having signed the consent and indicates a ten-day limit between the request and access to the service. A time frame that aims to protect women and their right to a conscious choice free from pressures of any kind and that the feminist movements asked to be set at five days (instead of the ten approved).

Another novelty is the inclusion of the possibility of conscientious objection, inserted in the text during the examination in committee together with other changes made to facilitate the approval of the bill. According to the feminist movements, the objection would be "a door to non-compliance with the law and an obstacle to access, as currently occurs (…) in countries where abortion is permitted by law, generating delays, mistreatment, morbidity, mortality maternal and transfer of the workload to those who guarantee the right by working conscientiously ". In fact, there is the possibility of individual conscientious objection and structure, which will allow private clinics, often religious ones, not to perform the surgery. However, there will still be an obligation to guarantee the service through the transfer to an available public facility, taking on the procedures and costs associated with the transfer.

The new law therefore represents an epochal turning point for Argentina, a conservative country in which the Church has a strong influence: in the weeks preceding the approval in the Chamber, several protests were held against the right to abortion that had received the support of the local Episcopal Conference, which argued that "for the first time, in Argentina and in a democracy, a law could be passed that includes the death of one person to save another".

In Latin America, only Uruguay, Cuba, Guyana and the state of Mexico City had already adopted a law that made voluntary termination of pregnancy legal. Other countries, such as Nicaragua, the Dominican Republic and Salvador continue to prohibit abortion in all cases (even following a rape) and the simple suspicion of having voluntarily terminated a pregnancy is punished with a sentence of up to 30 years in prison.

In Argentina, before the new law passed this morning, the ILE – Interrupción Legal del Embarazo, legal termination of pregnancy – was inserted in 2015 after a sentence on rape by the Supreme Court in 2012 and provided that you could only abort in case of rape or if the pregnancy put the woman's life at risk.