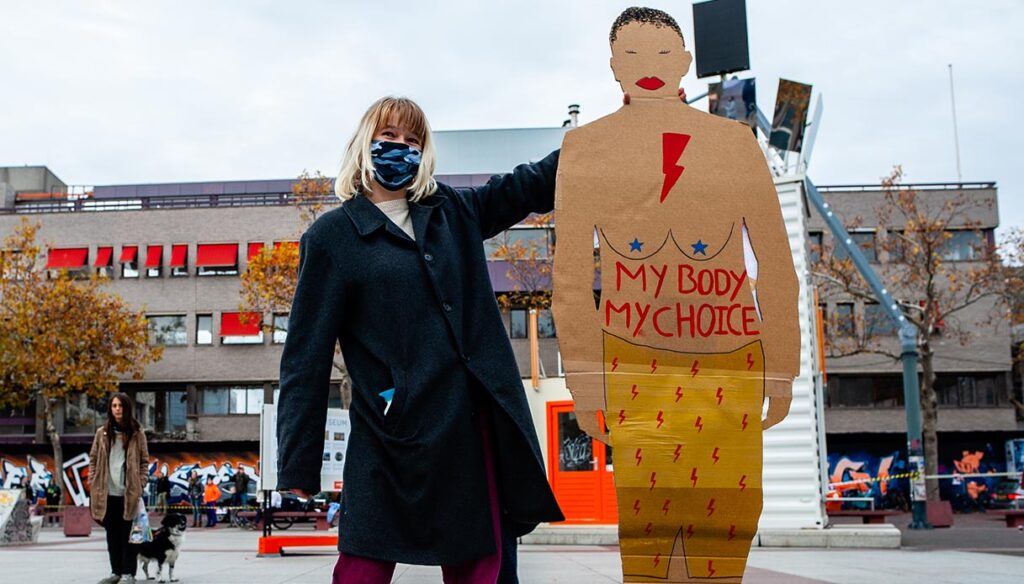 Illegal even in the case of malformations or rape: the ban on abortion in Arkansas is now law

One of the blackest chapters in the history of women and their rights has just been written: Arkansas has passed one of the toughest and most restrictive laws on abortion. The provision is clear and certainly does not create misunderstandings: termination of pregnancy is totally prohibited, except in the case where the mother risks her life in a medical emergency.

Abnormalities of the fetus, incest or cases of rape, no exceptions are allowed and women lose all right to choose their fate and their body. There seems to be no turning back at the moment, as Republican Governor Asa Hutchinsos has already pledged to stop the new law.

And woe to break the law. Women who decide to oppose the government decision face a fine of up to $ 100,000 and 10 years of imprisonment.

A law, this, obsolete and stale that takes us inevitably back in time and that cancels every step forward made in the name of freedom. Because denying access to abortion is tantamount to depriving women of their human rights. Because no woman in the state of Arkansas, in the southern United States, from now on, will be able to terminate a pregnancy, unless she is risking her life.

But people are not there, they cannot accept this temporal regression which has the bitter taste of a defeat too great for modern society to overcome. So here is yet another battle that shouldn't exist, the one made by opponents who aim to block the abominable law before it comes into effect all year round.

On the other hand, however, the supporters of the measure do not believe that the simple application of the law in the state will suffice. The aberrant hope is that the new law passed will force the Supreme Court of the United States to revise the Roe v. Wade of 1973 which legalized abortion internationally.

The situation in the USA

Unfortunately, Arkansas is not the only state in America against abortion. In fact, there are at least 14 territories in which the legislators have proposed a ban on the termination of pregnancy only this year. The reasons are more or less the same, hidden behind the belief in favor of life.

Supporting the abortion ban are mostly Republicans who, just like Arkansas, want the US Supreme Court to review the ruling against Wade who legalized abortion nationally. And the risk is that this will happen, given that former President Donald Trump has appointed three judges apparently more willing to revoke the decision.

Iconic are the words of Republican Senator Jason Rapert, a major supporter of the bill in Arkansas who explained: "We must abolish abortion in this nation just as we abolished slavery in the 19th century." But since when has depriving women of their human rights become comparable to slavery?

Beyond the reckless statements of some politicians, in America the question of the right to abortion is rather thorny and has been the protagonist of the front pages of newspapers, including historical appeals, for many years now.

It would be good to remind these politicians that abortion is a human rights issue and, consequently, access to services regarding termination of pregnancy must be guaranteed. Decisions about one's own body must be made by the individual in respect of autonomy and integrity. This is why no woman should be forced into an unwanted pregnancy, or worse, seek other avenues for an unsafe abortion which, in turn, creates complications that put women at risk.

The UN Deputy High Commissioner for Human Rights, Kate Gilmore, had already spoken about anti-abortion laws several years ago, comparing them to a form of torture, as well as gender-based violence, which not only prevents women from to choose, but which pushes them to take the path of clandestine abortions which are among the main causes of death among female individuals.

The right to abortion is under attack all over the world

In America, former President Donald Trump was the first and only one to participate in the March for Life anti-abortion rally. During his tenure, he also blocked government funding for international non-governmental organizations that practice abortion.

Not only America, however, the right to abortion is under attack all over the world. In Poland, huge protests have flared up for months after the ruling of the Constitutional Court which decided to ban abortion even in the case of malformation of the fetus. In the rest of Europe there have been, over the years, several attempts to hinder abortion and to limit the access of women to termination of pregnancy. In Slovakia, for example, a law has been proposed several times, fortunately not approved, which requires women to provide certain reasons behind the choice to terminate the pregnancy before obtaining an abortion.

Countries such as Russia, Armenia and Georgia, on the other hand, have set several preconditions that women are forced to meet in order to access the abortion service. According to a document from the Commissioner for Human Rights of the Council of Europe in 2017, there have been several attempts over the years to limit the voluntary termination of pregnancy. Of course, in most cases they did not go through, however they show a scenario that is anything but reassuring and which indeed confirms that the attack on the right to abortion and the freedom of choice of women is in progress.

Hillary Margolis, a researcher in the Women's Rights Division of Human Rights Watch, told CNN some time ago that women's rights are under attack from many European countries. Thanks to the cultural heritage, stale and obsolete, which sees them as procreators, wives and mothers. And nothing else. Germany, for example, demonstrates this. In fact, in the country, abortion is allowed, although not always easy to access, however the dissemination of news or advertising of services relating to the termination of pregnancy are prohibited.

So, apparently, history seems to have taught nothing to all those who want to deprive us of the freedoms we have acquired. The battles, the feminist struggles and everything that we have achieved with difficulty is seriously put at risk due to a society that deconstructs, through dangerous paths, everything we have achieved so far.

Lorenzo Gavazzi
2333 posts
Previous Post
Raoul Casadei, his wife Pina and family are his real satisfaction
Next Post
Because Brando Giorgi is famous, shipwrecked on the island of 2021