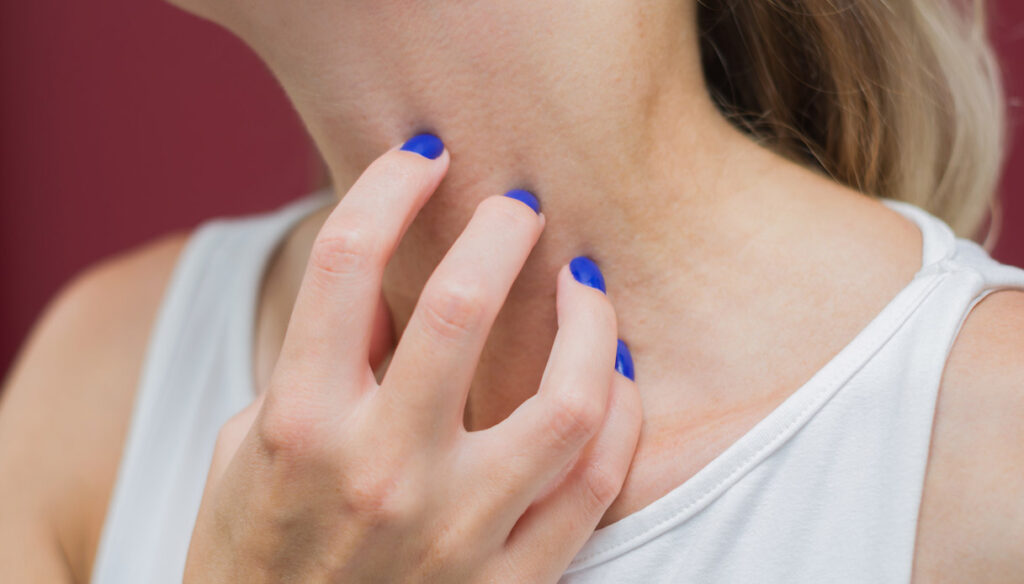 Atopic dermatitis is an inflammatory skin disease whose main symptoms are itching. The point about the treatments available

Itching, burning of the skin, insomnia, nervousness and difficulties in social relationships: these are just some of the problems that torment the daily life of those suffering from psoriasis and atopic dermatitis, two pathologies that in addition to the clinical aspect also have serious repercussions on the psyche and on the quality of life of those who suffer from it.

But important news is on the way, as emerged from the Congress of SIDeMaST, the Italian Society of Medical, Surgical, Aesthetic Dermatology and Sexually Transmitted Diseases, chaired by Ketty Peris.

Very young, but not only

Atopic dermatitis is the most common inflammatory skin disease, which in Italy affects 7.7% of adolescents between 13 and 14 years and 6.6% of adults. In the majority of cases the onset of symptoms occurs during childhood and in about 60% of cases a significant improvement is observed during adolescence, although in a certain percentage of cases the disease may reappear in adulthood.

Fortunately, in about 90% of cases, atopic dermatitis occurs in a mild-moderate form. The main symptom is itching and the lesions are eczema located more frequently in the folds of the limbs, neck and face and, in adults, also on the hands and mammary areolas.

In the most common cases, the disease is characterized by phases of remission and relapse caused by triggering events: “To the question that patients most frequently ask ‘Can atopic dermatitis be cured? What cure? ‘ – explains Peris – we answer by explaining that, being a chronic inflammatory disease, our goal is the disappearance of eczema and itching ”.

Today there are various treatments, adds Gabriella Fabbrocini, SIDeMaST Councilor: “We have the classic topical therapies based on corticosteroids and topical calcineurin inhibitors and systemic therapies with traditional drugs such as cyclosporine and with new biological therapies such as dupilumab or tralokinumab, or small molecules such as Jak inhibitors “. Furthermore, the European Commission recently approved padacitinib, a selective and reversible inhibitor of Jak that is taken orally and has been shown to be very effective in the treatment of moderate-to-severe atopic dermatitis in adults and adolescents aged 12 years and over.

In international clinical studies, which also included Italy, upadacitinib was used alone or in combination with topical cortisone and acted rapidly not only on itching but also on skin lesions. Furthermore, it has been observed that the clinical benefit remains constant over time: “With these innovative therapies it will be possible to better treat a complex and disabling disease such as atopic dermatitis – adds Peris. For this reason we hope they will be available soon also in Italy ”.

It is important, as the experts recall, that the patient also does his part. First of all it is necessary to respect the good daily habits of care and hygiene of the skin then it is essential to maintain a healthy lifestyle by taking care of nutrition and doing regular physical activity. It is important to use emollients frequently and avoid coming into contact with irritating or allergenic substances such as soaps, wool, excessive temperatures and allergens present in the environment such as plants and grasses. Finally, watch out for DIY. It takes a correct diagnosis and it is important to rely on expert care.