Aung San Suu Kyi: who is the controversial leader who leads Myanmar 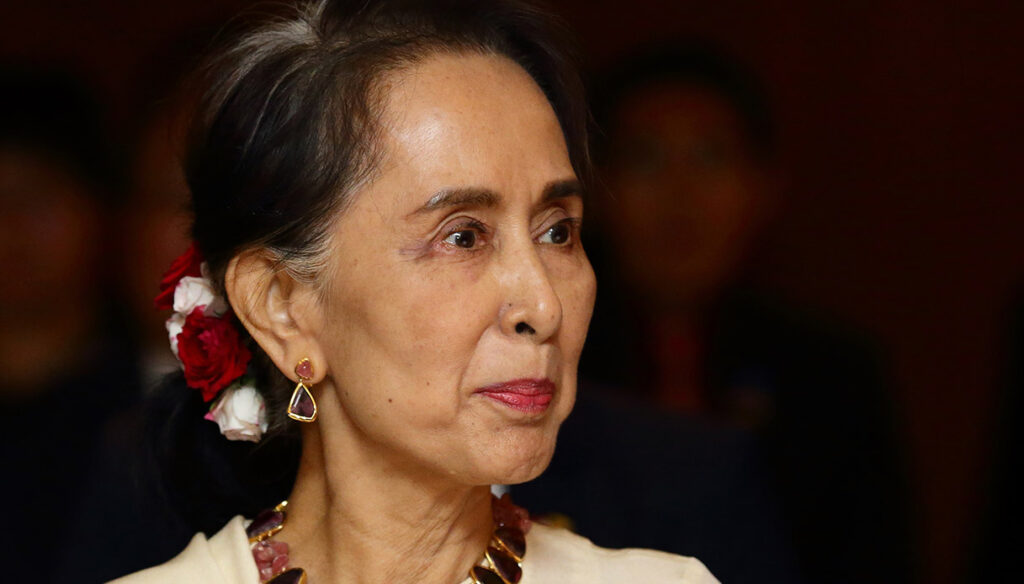 From the Nobel Peace Prize to his imperfect democracy: who is Aung San Suu Kyi

A quick glance at Google and the news of recent times and here, overwhelmingly, the name of Aung San Suu Kyi, the Burmese leader arrested following the military coup, springs to mind. But who is the winner of the Nobel Peace Prize and de facto head of government in Myanmar?

Who is Aung San Suu Kyi

June 19, 1945, Aung San Suu Kyi was born in Rangoon, the capital of Burma in the British colonial period. His fate, perhaps, was somehow already written, just take a look at the biography of General Aung San, his father, head of the nationalist faction of the Communist Party of Burma.

Aung was one of the most important active negotiators for the nation's independence from the United Kingdom in 1947, the year in which the man died at the hands of political opponents. Aung San Suu Kyi's mother, Khin Ky, was also an activist, appointed ambassador to India in 1960.

Aung San Suu Kyi chose, in 1964, to begin her studies in philosophy, politics and economics at the University of Oxford, where she met her husband, Michael Aris, with whom she had two children, Alexander and Kim. Back home, to be close to her mother, she embarks on a political career. 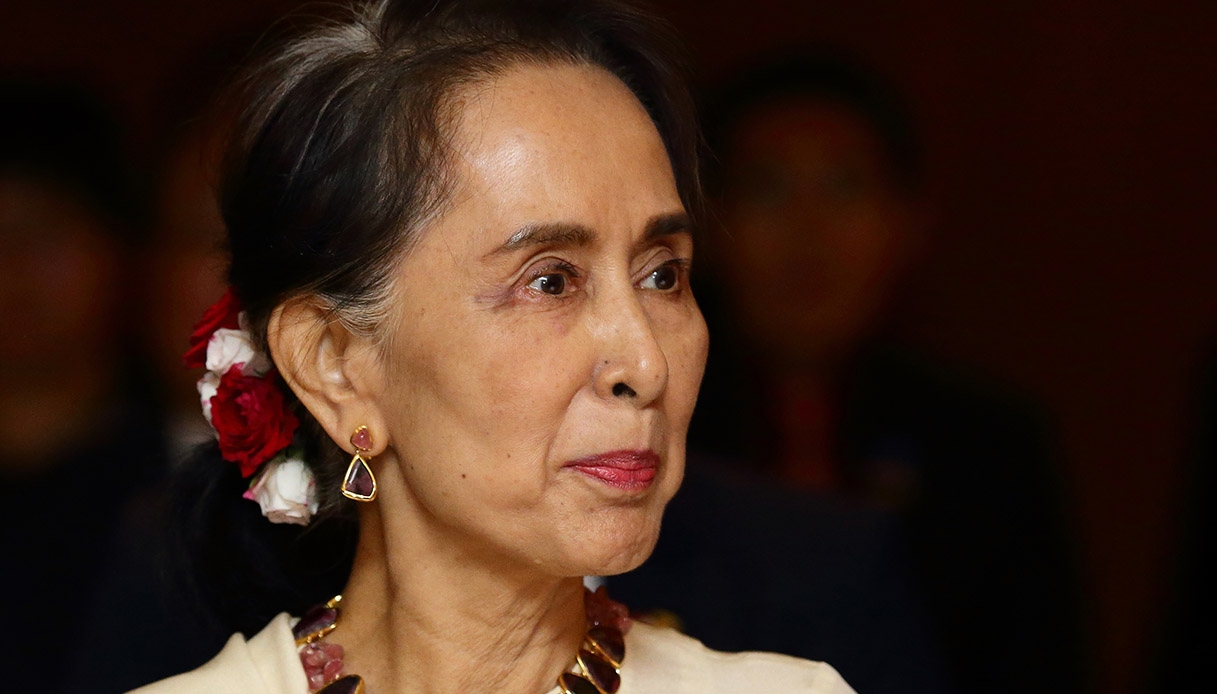 It is not surprising, therefore, the interest of Aung San Suu Kyi in politics, within which she made her debut in 1988 by founding the National League for Democracy. An inconvenient party that, after only one year from her birth, cost her house arrest. The alternative, of course, was granted to her: to leave the country. But Aung San Suu Kyi did not accept that blackmail.

The Nobel Peace Prize and the 2000s

The general elections called by the military regime were won by the National League for Democracy of Aung San Suu Kyi, making her, therefore, by right Prime Minister. This victory did not please the regime which decided to cancel the popular vote.

Her activism in defending civil rights in her country earned her the Nobel Peace Prize the following year, but this did not help to remove her from the regime’s sights. The house arrest, in fact, was revoked only in 1995 with the condition, however, of a semi-freedom. Thanks to the intervention and pressure from the United Nations, Aung San Suu Kyi obtained the much-desired freedom, but only a year after this, in 2003, she was the victim of an attack and returned to house arrest again.

I want our people to be able to hold their heads up, proud to be from Myanmar wherever they go. This is how I want my people to rank among the nations of the world. We have to fight hard for this

Peaceful resistance to oppression has transformed Aung San Suu Kyi into a true icon for democracy. November 13, 2010 is a date to remember for her: the woman is finally freed and gets a seat in the Burmese Parliament. 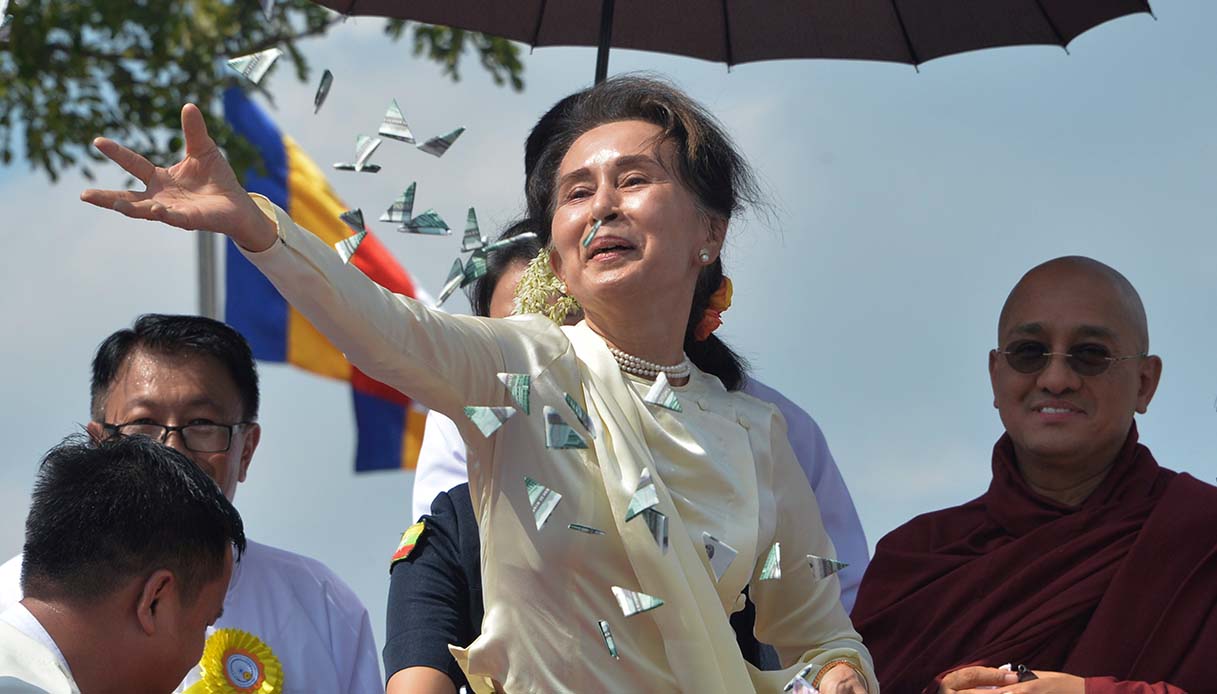 His is a strong, sincere voice, appreciated and acclaimed by the people as evidenced by the victory, in 2015, of his National League for Democracy. The first free elections after the coup of 1962 still bear the name Aung San Suu Kyi. It is she who holds the role of Minister of Foreign Affairs, Public Education, Electricity and Energy and Minister of the President's Office.

The following year, however, he will become a councilor of state, prime minister and de facto head of government in Myanmar. The people acclaim her, she is the Lady of the country, the true leader of Myanmar. Aung San Suu Kyi cannot become president because the Constitution prohibits those with foreign children from being head of state, but she will lead the country, even if informally.

In the following years, however, until today, from a champion of human rights in Myanmar, Aung San Suu Kyi has become the "denier" of crimes against the Rohingya.

No dynasty can produce strong and capable rulers forever.

His role as opposition leader, obtained by fighting for over half a century against the military dictatorship, the same as that which consecrated him to an icon of democracy, has however undergone an evolution that is anything but positive in recent times. To question the actions of Aung San Suu Kyi were the silence towards the violence and abuses committed against Rohingya Muslims, the religious minority persecuted in the country.

Myanmar, with a Buddhist majority, has always regarded the Rohingya as foreigners from Bangladesh, to the point of denying them citizenship, freedom of movement and other basic human rights. In particular, in 2017, a military campaign conducted in the State of Rakhine destroyed many villages with arson, causing thousands of deaths and rape. The government, as well as the military, have always denied this "cleansing" action, however too much clarity has never been made on the whole situation.

These episodes have contributed to overshadowing the country in the West, to the point that the European Parliament has distanced itself from the woman and from the 1990 decision to award her the Sakharov prize.

The name of Aung San Suu Kyi, however, in the last few hours has jumped back to the news for the coup in the country. Arrested and detained in Naypydaw prison together with President Win Myint, the Lady of Myanmar was accused of illegally winning the general elections which took place in November 2020. On this occasion the party had achieved a landslide victory over the Party for Solidarity and Development of the Union, supported by the military.

It was the party itself that claimed to have identified thousands of cases of fraud, including votes of minors. The tension was also perceived by the world embassies and the UN who feared the coup, and here it is. The military declared a state of emergency in the country and suspended all state TV broadcasts after denouncing the irregularities of the victory for weeks. Power is currently in the hands of Vice President U Myint Swe, a former military-aligned general who has been appointed interim president. Aung San Suu Kyi is currently being held in prison. What will be the fate of the Nobel Peace Prize? 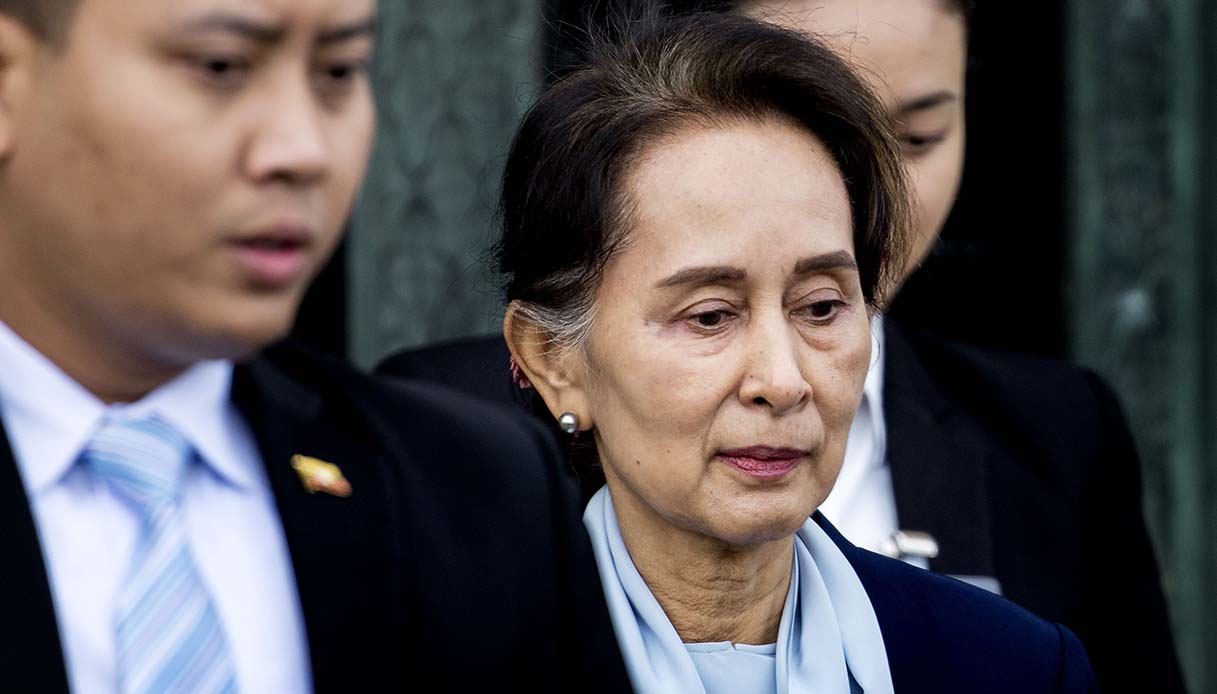