Aurora Ramazzotti and Michelle Hunziker duet and enchant everyone 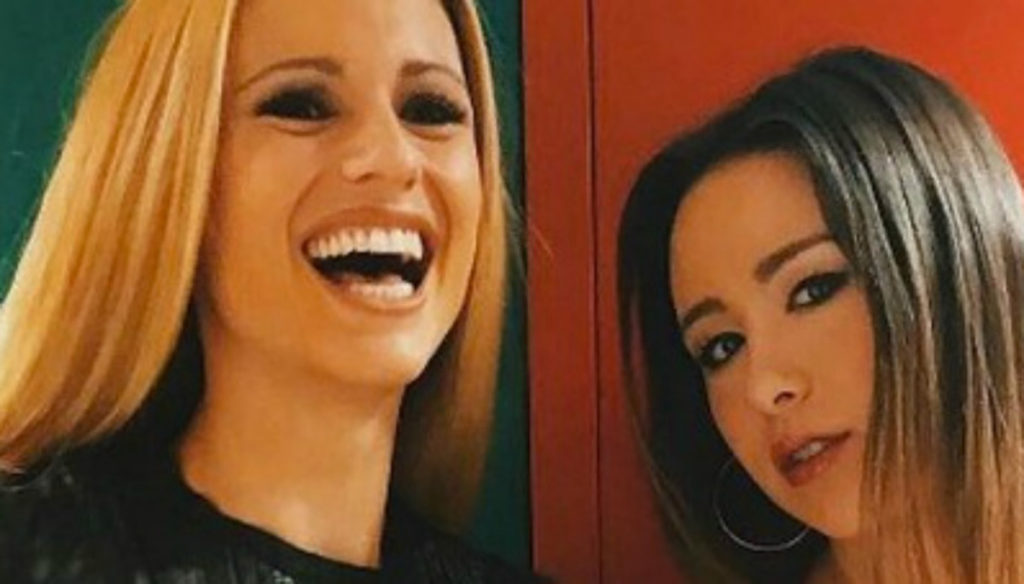 The most exciting moment at Michelle Hunziker's birthday? The duet with Aurora Ramazzotti. Mom and daughter in fact performed on stage, giving life to a performance that enchanted everyone. Michelle in a white dress, smiling and beautiful, Aurora dressed in red, gritty and sweet as ever: the two women picked up the microphones to sing "Smile" together, creating a thrilling duet.

A special bond is the one between mother Michelle and Aurora, 20, first-born of the hostess born from the marriage with Eros Ramazzotti and sister of Celeste and Sole. The Swiss showgirl posted the video on social media, commenting: “With her I always smile, and forever . I love you". In the movie one not only sees the complicity between the two, but also the talent of Aurora Ramazzotti, who seems to have inherited the beauty from her mother and the voice from the famous father. In the video itself, it is recognizable Daniele Gregolin, guitarist of Clan Zingaro, who played for the occasion.

A few hours before Aurora had decided to wish Michelle for her 40 years on social media, posting a collage in which her extended family appeared, with images of Tomaso Trussardi, the second husband of the presenter, Sole and Celeste. "The wonder of women is their ability to create and maintain indissoluble bonds – he had written in the caption -. This is an example of what my favorite woman has created. I could not be more proud, happy and honored than the woman you are ”.

For some time Michelle and Aurora have become the stars of Instagram, where they share videos and photos in which they tell about their daily life, but also the relationship between mother and daughter. In a series of films they were improvised comedies, making fun of Aurora's disorder and Michelle's authoritarian doing. The video had collected many Likes, Shares and Comments, just as it happened with this clip in which women duet on the notes of "Smile".

Lorenzo Gavazzi
2591 posts
Previous Post
Do you wake up for an instant in the middle of the night? Here's what your body is telling you
Next Post
School calendar 2016/17: when school starts in Emilia Romagna
You must be logged in to post a comment.
Menu