Aurora Ramazzotti turns 24: the touching video of Michelle Hunziker and the gesture of the sisters 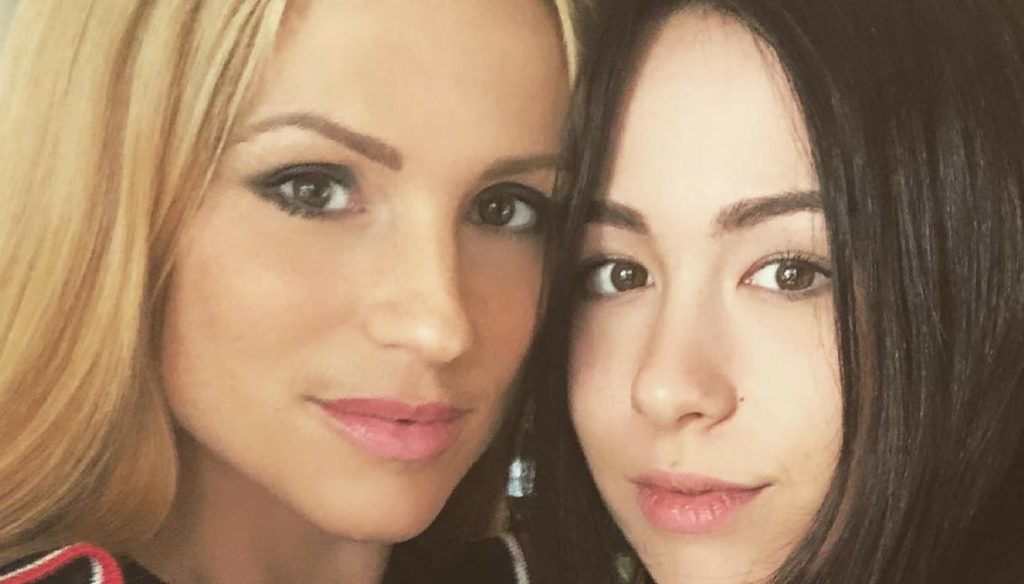 Aurora Ramazzotti turns 24: the touching video of Michelle Hunziker on Instagram and the gesture of the sisters Sole and Celeste

Aurora Ramazzotti turns 24 and her family celebrates it with a touching video and many gestures of love. Michelle Hunziker and Eros' daughter grew up and today she is a strong and beautiful woman, with a career started in the entertainment world and a stable relationship with her boyfriend Goffredo Cerza. Aurora lived through a difficult period that she managed to overcome above all thanks to the affection of her family.

The 24-year-old in fact announced some time ago that she had contracted the Coronavirus together with her boyfriend. From that moment on, complicated days had begun for her, away from her mother Michelle who, even from a distance, never left her alone. After being healed, Aurora confessed that she was in a particular phase of her existence: "I'm experiencing this lockdown badly compared to the last time – she admitted -, perhaps because I had Covid, and I didn't have a great time, although I could stay a lot worse. It took me physically, but above all psychologically and mentally. I am terrified to leave again, I am afraid of not succeeding. We must not be afraid instead. You have to give yourself some respite, allow yourself time to recover slowly. We will all feel much better ”.

Today the worst seems to have passed and Aurora can count on the affection of her parents, Eros and Michelle, and on that of her sisters Sole and Celeste. On the occasion of her birthday, the little girls, born from the marriage of the Swiss showgirl with Tomaso Trussardi, gave her some drawings with lots of rainbows and hearts. Hunziker instead posted a touching video on Instagram. In the clip, the presenter traces some moments of Aurora's childhood, from birth to the first bath, through games in the snow, cuddles with grandmother Ineke and smiles at the camera. A touching video that thrilled Michelle's followers.

The showgirl and her daughter, on the other hand, have always had a very strong and beautiful relationship, made up of confidences and complicity. “She and I grew up together – Hunziker told Verissimo a few days ago – we live in symbiosis, she is truly a special girl”. The showgirl had also expressed the desire to become a grandmother: "I would be very happy, I would love to, when Aurora and Goffredo will both be fulfilled […] I would be one of those grandmothers who have grandchildren, I will be there for them".