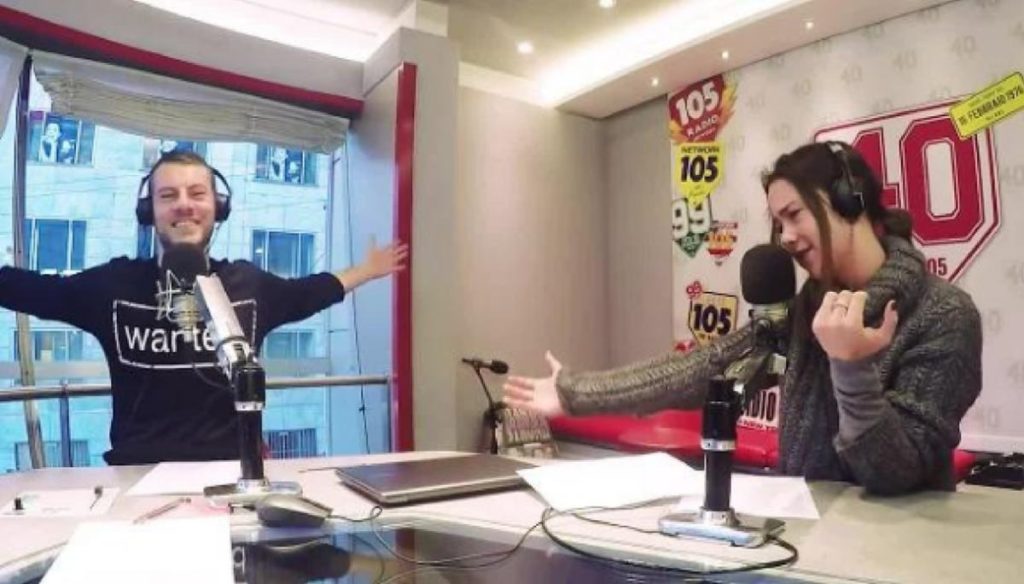 Aurora Ramazzotti has inherited beauty and irony from her mother Michelle, while from her father Eros has undoubtedly taken up her talent in singing. The last demonstration comes from an interview released on the radio by Michelle Hunziker's daughter and Eros Ramazzotti. Guest of Radio 105, Aurora has imitated her favorite singers. First of all Ed Sheeran, but also Eros. The young woman, full of enthusiasm and very ironic, performed on the notes of "Più bella cosa", one of her father's most famous songs.

Eyes closed, pathos and nasal voice: Aurora Ramazzotti has imitated Eros to perfection, so much that distinguishing the two is quite difficult. "Now it kills me – Aurora joked after singing -. I will tell him to see this interview, hiding from him the fact that I imitated him. "

It is not the first time that the young Hunziker-Ramazzotti shows her talent in singing. Some time ago he had depopulated on Instagram a video in which the girl, in a car with Eros, sang "L’Aurora", the song he dedicated to her at birth.

A few months ago, Aurora performed on stage with Michelle Hunziker for the forty years of the presenter and showgirl. Mom and daughter, accomplices and very close, they sang accompanied by a small band. The video of the performance was filmed with a smartphone and posted on social media, where it received thousands of Likes, comments and shares.

Also this time the video of Aurora imitating Eros Ramazzotti at Radio 105 has depopulated. Thanks also to Michelle Hunziker, who posted the clip on her Instagram profile, complimenting her daughter and showing how proud she is of her.

The young Ramazzotti has never hidden from dreaming of a career in the entertainment world and more than once has even admitted, in all sincerity, to feel recommended because of the fame of her parents. For now, however, its future seems to be in entertainment, as a TV presenter or on the radio, although singing, judging from the video, could be an excellent alternative.

Lorenzo Gavazzi
2479 posts
Previous Post
Pregnancy: thirty-fourth week
Next Post
Hallux valgus: what are the symptoms, the causes and what to do