Baby George, the first official commitment between games and girlfriend 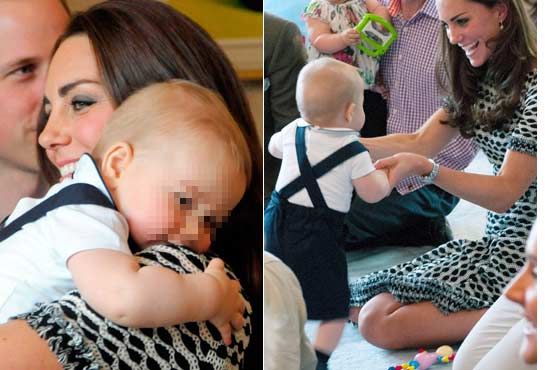 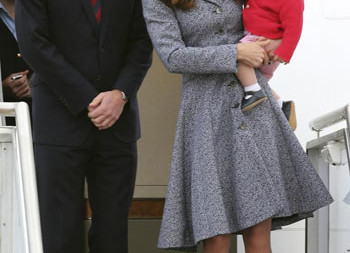 George, Kate and William in New Zealand and Australia

First official engagement (besides of course Baptism) in New Zealand for Prince George at almost 9 months: the meeting with 10 other children in the playground set up inside the Government House.

And the little prince was flawless during his first public occasion, despite the jet leg and the first two teeth. He crawled on the carpet strewn with games, gave smiles to everyone, was not afraid to approach the children: 4 boys and 6 girls, all born on a date close to his, on July 22, 2013. Indeed, he seems to have shown particular interest for a girl. Future girlfriend? Someone in the audience commented: "He's just a little man". And like all children, he loves to be in his mother's arms, tenderly abandoning himself.

With great pride Kate showed the audience how George is already standing almost alone. For the occasion, the Duchess of Cambridge wore a black and white geometric dress by Tory Burch. Perfect as always, she brilliantly overcame the risque incident upon her arrival in New Zealand. The Duchess of Cambridge is not new to this kind of gaffe. Kate and William chatted amiably with the other parents without losing sight of George.

The event was organized by the Royal New Zealand Plunket Society, an association that helps families in need.