Baglioni and Favino together again with "Let's go forward" 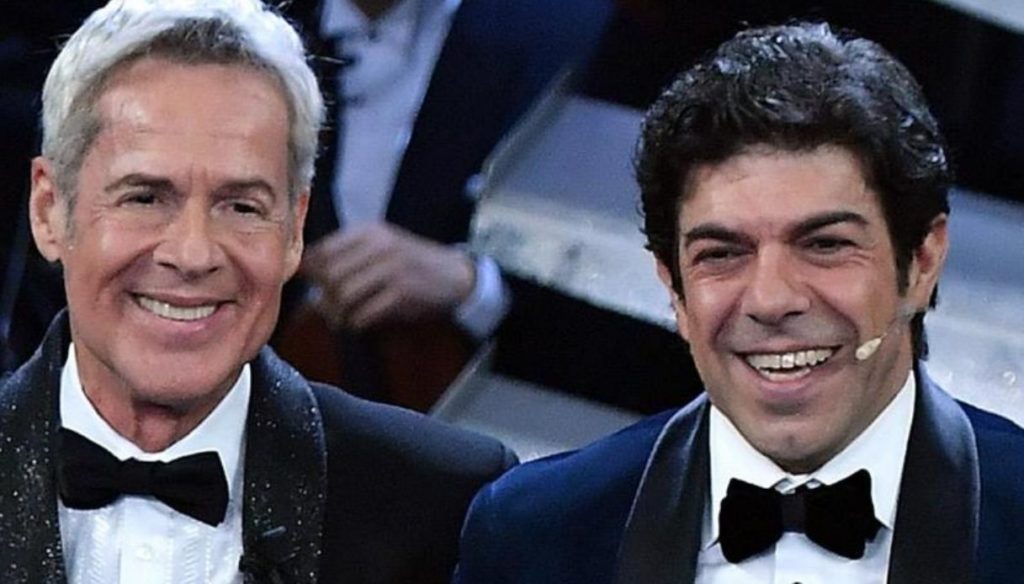 A winning couple does not change, one could say so thinking of the news of a new broadcast in the Rai 2021 schedule that could be conducted by Claudio Baglioni and Pierfrancesco Favino.

The singer and the actor had already shown great harmony on stage during the five evenings of the Sanremo Festival in 2018, when they had demonstrated to the public, in the company of an always talented Michelle Hunziker, to work very well together, to know how the scene and keep the audience's attention high.

Now they could be ready to return, according to what was written on the Davide Maggio website (and anticipated by TVBlog), and even soon enough. In fact, the date to mark on the agenda could be January 2021, with three evenings. The broadcast should be called Andiamo Avanti and be included in the schedule of "Rai 1" on Friday evening.

Art direction and scenography seem to be curated by Giuliano Peparini, known for his work on Amici di Maria De Filippi.

That the Baglioni – Favino couple is winning on the small screen is demonstrated by the fact that we still remember the best moments of the 2018 Sanremo Festival. talent, who proved capable of holding the stage with the ease of a champion of the small screen.

Favino recently obtained a prestigious award: he was in fact chosen among the new Italian members of the Academy Awards for 2020 who will have the task of voting for the Oscars. But not only that, he has also returned from a David di Donatello for his interpretation in the film by Marco Bellocchio, Il Traitore.

Claudio Baglioni, for his part, in addition to being an exceptional singer-songwriter, has also shown remarkable gifts as a presenter. Classy, ​​with a unique talent, he can boast in his curriculum some of the most loved songs that have made the history of Italian song. Not everyone knows that, in addition to being a well-rounded showman, in 2004 he also obtained a degree in Architecture at the Sapienza University of Rome.

With these premises and knowing the talent of the two artists, the expectation for Andiamo Avanti is very high.