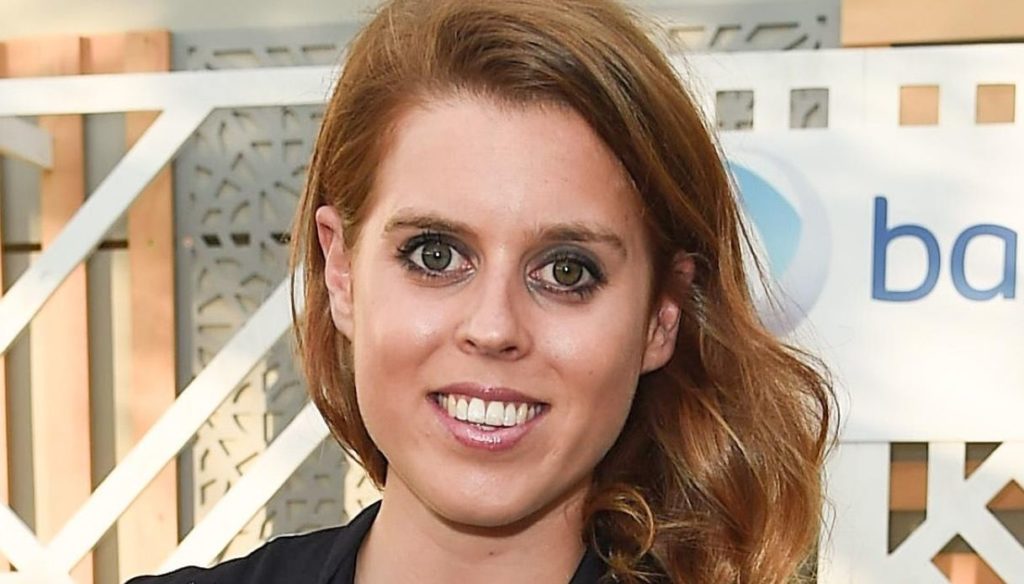 Beatrice di York and Count Edoardo Mapelli Mozzi have chosen the Amalfi Coast for their honeymoon. With them also little Christopher 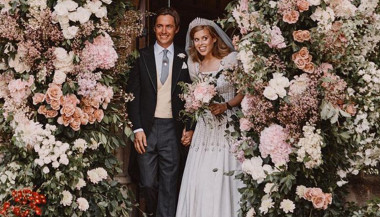 Italy represents, for Beatrice of York, a truly special place. The Princess, granddaughter of Queen Elizabeth, has in fact shown several times that she is deeply attracted to the beautiful country, of which her new husband Edoardo Mapelli Mozzi also comes from. And it is probably for this reason that he chose it as a destination for his honeymoon.

About a month after the wedding, which took place on July 19, 2020, Beatrice of York is enjoying an all-Italian fairytale honeymoon. Together with her husband Edoardo she decided to go to Amalfi to rest and recharge her energy. On the other hand, for her, getting to the wedding was not at all easy.

The date for the happy event, in fact, has been changed twice: initially due to some controversy that affected the father, Prince Andrew, and then due to the health emergency that affected the whole world. Therefore, he had to give up large receptions and opt for a celebration that took place in secret, in the presence of a few people, including Queen Elizabeth, Prince Philip and his parents. Great absent William and Kate Middleton and Harry and Meghan Markle.

What Beatrice did not want to give up, however, was the honeymoon on her beloved Amalfi Coast. A very significant place for the newly married couple: in Positano, last summer, Count Mapelli Mozzi asked for the hand of his beloved.

Beatrice of York and Edoardo Mapelli Mozzi in Amalfi, as the weekly Chi has shown, are not alone. With them there is also little Christopher, a four-year-old son that the Count had from a previous relationship, and his babysitter.

In short, the newlyweds reaffirmed, with this choice, once again the affection they feel for the country that gave birth to Mapelli Mozzi. A decision that feeds even more the rumors that Princess Beatrice, who has just turned 32, is looking for an all-Italian home to get away, just like Meghan, from London.

The honeymoon, for Beatrice and Edoardo, is only just beginning. After visiting new places, will they decide to return to Italy soon? 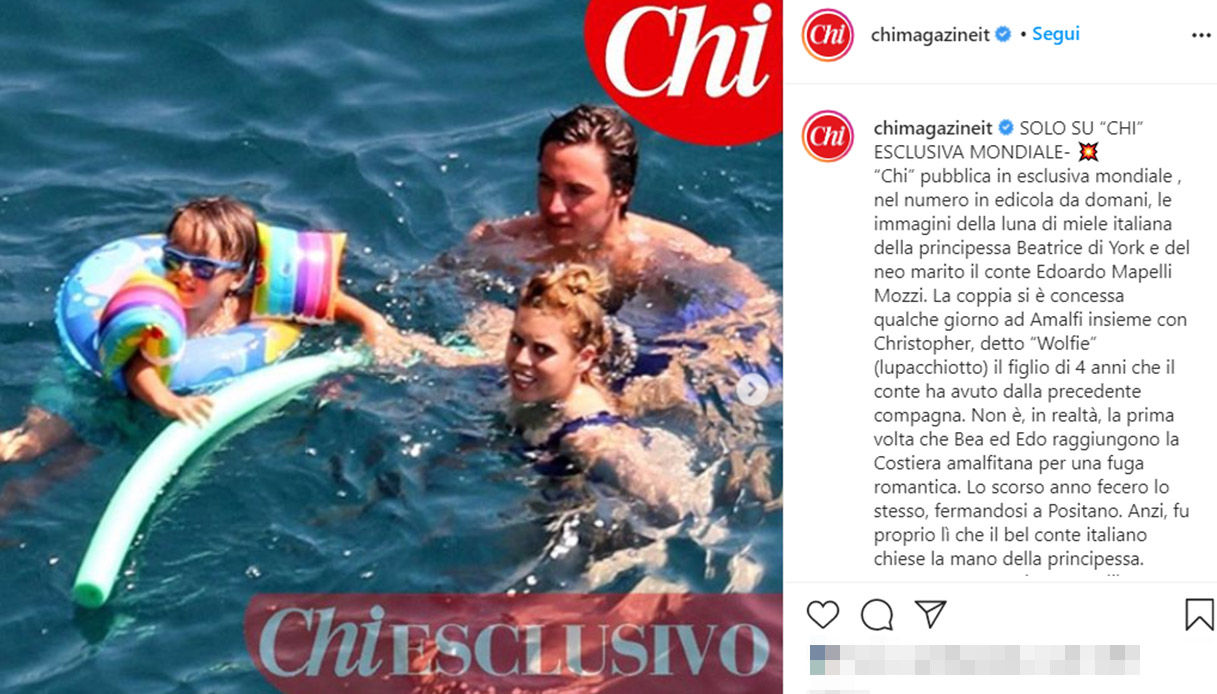 Beatrice of York chose the Amalfi Coast for her honeymoon. Source: Instagram.