Alena Seredova beautiful on vacation, but apparently without her Alessandro. While a suspect creeps in between the gossip: is D'Amico still pregnant? 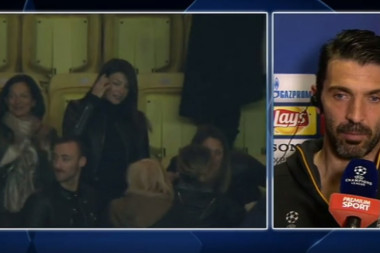 Alena Seredova is a very sweet and very sexy mom. After the stops in Forte dei Marmi with dad Gigi and Ilaria D’Amico, and the little brother Leopoldo Mattia, the two sons of Buffon and Seredova left on vacation with their mother. And what a mother! In a bikini while playing with them in the water or taking selfies after a shower, the 38-year-old Czech model is a crash.

But where is Alessandro Nasi? There is no trace of the Turin manager on his social networks. Is it just because Alena is very careful about privacy? In reality, there is no trace of him in the photos in which Alena appears radiant on her social networks, gorgeous, in a bikini, but her smiles tell all the happiness of the moment, and perhaps Alessandro is behind the lens.

With him, the Czech model found serenity after the end of her marriage to Buffon. "Life is wonderful, it takes away and gives," he wrote on Instagram a few months ago. And of Alessandro, in an interview he said: "For me it was like going home after a long time. It was amazing and wonderful, a gift that life has given me. It was worth living this suffering to get here. " The greatest suffering, the farewell to her husband, now belongs to another season. Everyone has moved on.

Also, and above all, Buffon and his new life partner. A suspect, in fact, creeps among the gossip of recent times: D’Amico seems to have been spotted with a suspicious tummy. What are you waiting for the second child from Buffon?

In the height of summer, the question launched by the weekly Novella 2000 that portrayed her at Romanina, her partner's plant in Versilia, with black one-piece swimsuit and suspicious roundness, begins to rebound.

The weekly Gente, for its part, has no doubts and shot on the cover that Ilaria is pregnant again, publishing an extensive report with some photos. Of course the couple, as always in these cases, avoided commenting on the pictures.