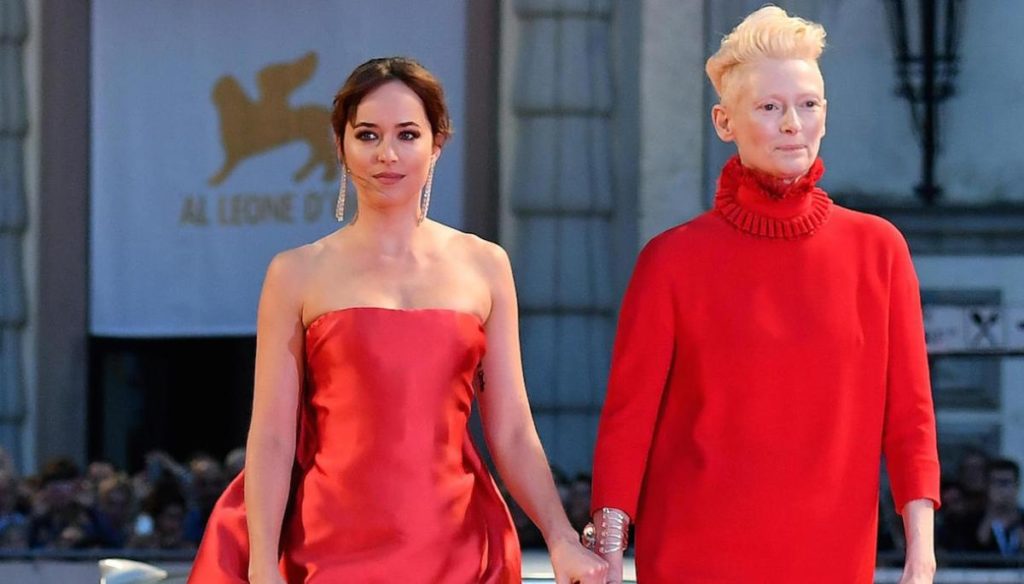 A natural but super sophisticated look is the choice of the Suspiria star. Here's how to copy it

On the red carpet of Venice she was among the most admired. Dakota Johnson, in the lagoon to participate in the presentation of the remake of Suspiria directed by Luca Guadagnino, presented herself with a dress by Dior with a plunging neckline on the back and without straps, red like that of another performer of the film, the talented Tilda Swinton .

For make-up the American star chose to remain faithful to her style, simple and very nice. Heir of three generations of stars – she is the daughter of Melanie Griffith and granddaughter of Tippi Hedren, protagonist of the famous Bird of Alfred Hitchcock – Dakota does not like excessive looks or head shots, rather prefers a water and soap look, which enhances his natural beauty, achievable with few products.

One of its distinctive features is the disheveled bangs that it never leaves, except that it is sometimes split or moved to one side to emphasize a harvest. A very copied fringe not only from the fans, but also from other celebrities.

The Dakota beauty routine is very simple, also thanks to the young age: the actress declares herself limited to cleansing her face morning and evening and applying a moisturizer. The choice not to overload the skin can be a winning one, but it is important to remember that you do not have twenty years for your whole life, and that a careful epidermis treatment lays the foundation for having it young and healthy for a long time.

In everyday life, then, Dakota often does not wear make-up, merely uses sunscreen every day – a good habit – and applies a touch of concealer and a layer of lipstick to the face. However, he pays particular attention to one of his cult make-up products: mascara. Dakota never forgets it and applies it generously to get a magnetic and deep look.

And for the application she puts into practice a trick that revealed her grandmother, the beautiful Tippi Hedren, a star with an icy charm chosen by Hitchcock after Grace Kelly had given up the scenes to concentrate on her role as princess of Monaco. It's very simple: to get perfect coverage at the base of the lashes you need to apply it holding a mirror under your face and looking down.

One last trick for a look that conquers? Slide two drops of eye drops into each eye and no one will resist you: word of Anastasia!

Giovanna Pirri
5759 posts
Previous Post
Who is Veronica Ruggeri delle Iene
Next Post
Diet with chicken and vegetables: reduce weight and protect yourself from diabetes