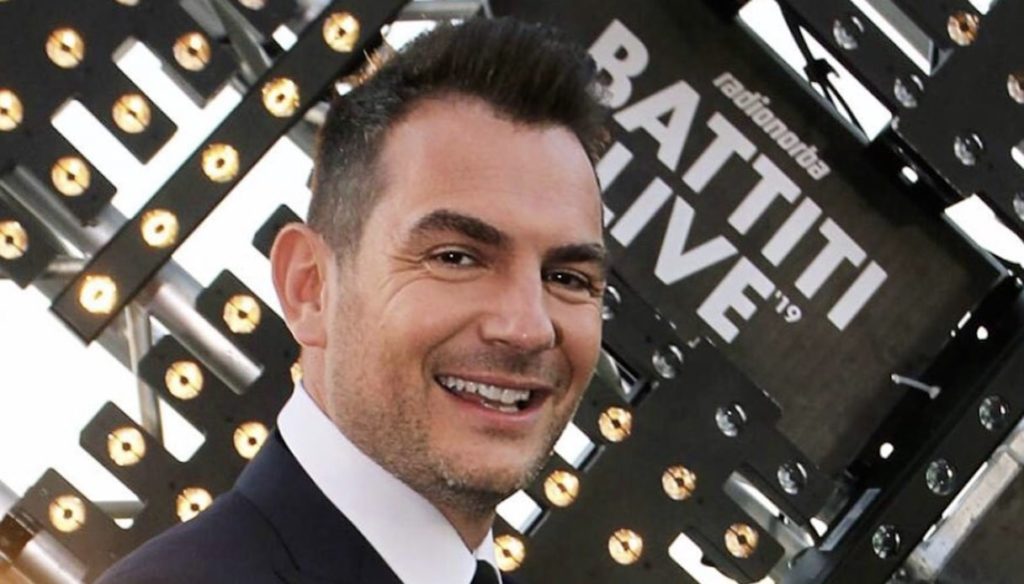 The radio speaker Alan Palmieri has been the face of Battiti Live for some years now, alongside Elisabetta Gregoraci

If as a radio presenter he has always had great success, there is no denying that Alan Palmieri has gained national fame at the helm of Battiti Live. The traveling show that sees many artists performing in the splendid setting of Puglia is in fact among its most important results.

Born in 1975, Alan Palmieri was born in Switzerland, but moved with his family to Puglia when he was still a child. Here he spent all his childhood and youth, and as it is easy to imagine it is in these spectacular lands that he left his heart. Already as a boy he dreamed of becoming a successful radio speaker, and soon he showed that he had all the skills to make a career. So he moved to Milan, where he made his apprenticeship on Radio 105 and, a few years later, on RTL 102.5.

His passion for music in general, and more particularly for dance and electronics, has certainly contributed to making him a very good radio host, appreciated for his communication skills and for his in-depth knowledge in music. However, the heart has reasons that the mind does not know: after years away from home, Alan thus found himself having to – unnecessarily – resist the hot charm of his beloved Puglia.

Probably, the call of his childhood land is linked to the birth of his son: although he is very private about his private life, his love affair with his wife Caterina is certainly no secret, to which he has been linked for a long time time, from which he had his firstborn. And so, determined to return home, Alan Palmieri landed in Radionorba, of which he is now speaker and station manager.

And it is precisely here that Palmieri has obtained a leading role: for some years now he has been running Battiti Live, the important music show that animates Puglia and its splendid squares every summer. After having been at the helm of the 2018 and 2019 editions, Alan was confirmed at the helm of the traveling event for the year 2020, alongside the beautiful Elisabetta Gregoraci and the webstar Mariasole Pollio.