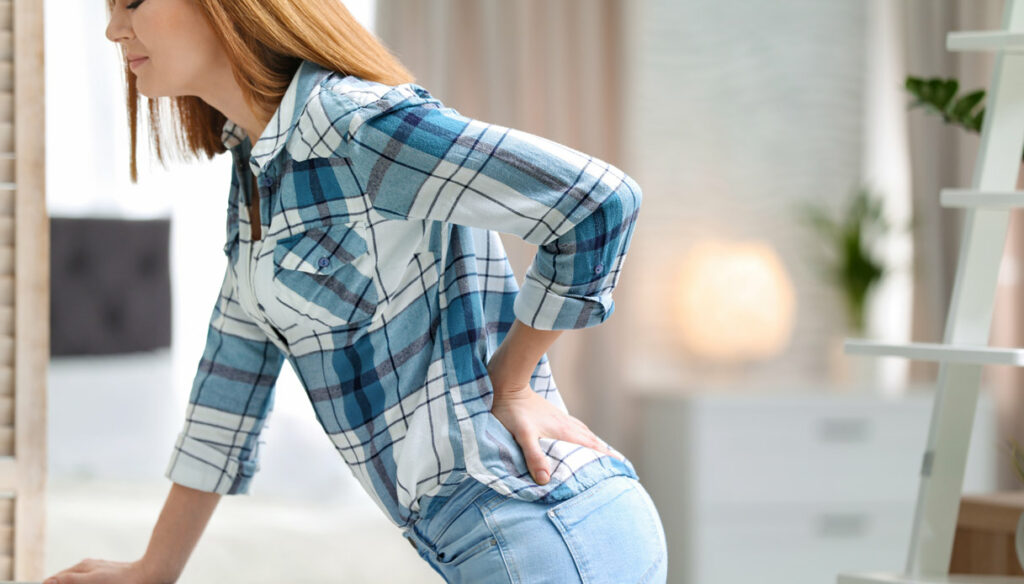 Chronic back pain, acute low back pain? A study explains why people choose fatter foods if they suffer from pain

We got used to it. When we are down in the dumps, we tend to let off steam at the table, perhaps choosing foods rich in fat to find a positive “reward” for our dark mood. But if the problem is physical rather than psychological, do we still have to expect a change in diet with consequent loss of weight-shape and an increase in belly, buttocks and thighs? To read the research coordinated by Paul Geha of the Del Monte Institute for Neuroscience published in Plos ONE, it seems so.

In fact, there are specific circuits that come into play to the point of “modeling” eating habits on the basis of pain and the need for reward. So you choose foods that give you more pleasure. In short: not only the reduced physical activity due to pain but also a change in diet managed through nerve pathways to be explored could explain what happens because we gain weight.

The role of the nucleus accumbens

When we feed, we don’t just do it to provide the body with the nutrients and energy it needs. The pleasure one feels at the table becomes in fact a key element for food choices, which are obviously aimed at providing the psyche with a feeling of enjoyment. The study conducted by the American experts obviously tested the response to a certain dietary profile, noting differences between those who had chronic back pain and those who did not have this problem but only had acute low back pain.

Notably, none of the patients experienced changes in eating behavior with sweet foods, while there were profound differences in their tendency to eat high-fat foods. Over time, the subjects with acute lower back pain who resolved, however, more easily showed the tendency not to pursue this choice, while those who had pain present for a year, over the months, began to “exaggerate” how the system that regulates the feeling of satiety.

At this point, particularly in-depth analyzes were carried out to understand what was happening in people’s brain circuits, to try to explain why there is such a close relationship between food cravings and pain. Experts have seen that a key to understanding the mechanisms lies in the nucleus accumbens. What is it about?

Generally it comes into play when we have to make decisions. However, the study found that the structure of this area of ​​the brain was normal in patients who initially experienced changes in their eating behavior but whose pain did not become chronic. Instead, in people who developed chronic pain, this brain structure changed over time and became smaller and smaller. From this observation the scientific hypothesis that correlates nutrition, pain and, indeed, the nervous system. The nucleus abbumbens could therefore become a sort of “signaler” of pain tendencies and, at the same time, of any food problems related to this situation.

What is chronic pain

There are pains that do not seem to leave peace and do not find effective treatments. In fact, even pain can lose its characteristics as an alarm signal of the organism which normally disappears when the cause of the symptom is eliminated. Unfortunately, in these situations, in some cases it becomes chronic, as happens with neuropathic pain, which arises directly from the nerves.

Neuropathic pain has a characteristic that makes it so feared: it often arises without a specific stimulus, such as a peeling or a burn, because it derives from an alteration in nerve conduction. And maybe it develops at a distance from the place where it should originate. For this reason, in addition to the aforementioned cases, it can be present after an operation.

Other examples? These “different” pains can follow, for example, a complication of diabetes, diabetic neuropathy. Or, typical neuropathic pains can also be considered those associated with some pathologies of the central nervous system, such as multiple sclerosis or the results of an ischemic stroke. Finally, there are “mixed” forms, for example in lumbosciatalgia, the classic back pain that radiates in a variable way also to the lower limb. In these cases, the doctor can refer you to specialized centers for targeted therapies on a case-by-case basis.