Because Corinne Masiero stripped naked on the César stage 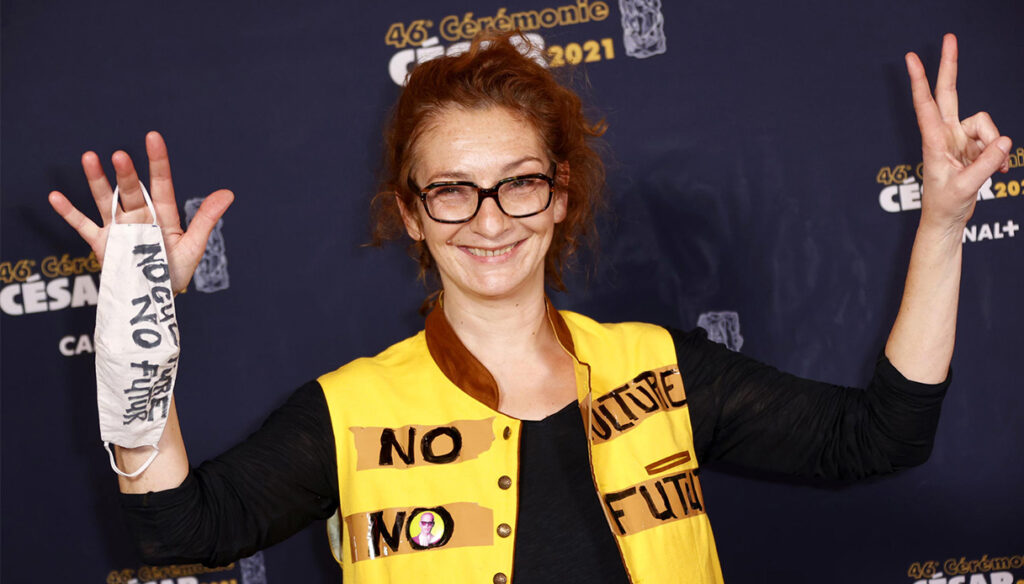 On the night between 12 and 13 March, the César awards, the Oscars of French cinema, were held at the Olympia in Paris. An edition, that 2021, that the transalpines will not easily forget and not because they are the first to be held in the era of Covid or for the beauty of the award-winning films, but for the extra program offered by Corinne Masiero.

The actress, 57, in fact stripped naked in live showing herself as she is in front of the cameras. The reason? To draw attention to the problem that – even in France – the world of culture is facing due to the pandemic.

Masiero, who had been invited to participate in the Césars to deliver the prize for the best costumes, went on stage disguised as a donkey, complete with a head and long ears (and so far it could seem like a gimmick with the award). That there was something underneath, however, became evident when she began to undress, dropping her headdress and showing off an additional dress smeared with red paint, before sliding that too to stay completely naked.

Only at that point did the reason for the gesture become clear, when the words “No culture, no future” were shown on the uncovered chest. A clear message: without culture there is no future. An appeal that, despite the ways, wanted to raise an issue that has become a topic of debate in Italy too: a society without art, cinema, theater, meetings is a society that does not offer beauty, opportunities for exchange and comparison and therefore is a society destined to die.

"Rend nous l'art, Jean" is another of the writings on the actress's body, this time on the shoulders, shown in favor of the camera to make her cry of alarm even clearer. An invitation to Minister Jean Castex to find a way to revive culture, putting an end to the prolonged closures that have brought entire sectors to their knees.

Corinne Masiero's protest is not an isolated event. Sure, it is in absolutely blatant ways, but it has been part of an active feeling for months. In December 2020, hundreds of actors, directors, musicians, technicians and critics had protested in Paris and other cities in France against the government's decision to close the places dedicated to culture. A choice considered inevitable by the executive, despite the complaints of the insiders who asked to find alternatives to be able to move forward safely.

Needless to say, Masiero's gesture was the most commented on of the evening, having attracted attention (despite having been heavily criticized anyway). For the record: Albert Dupontel's comedy Adieu les cons won Best Picture. 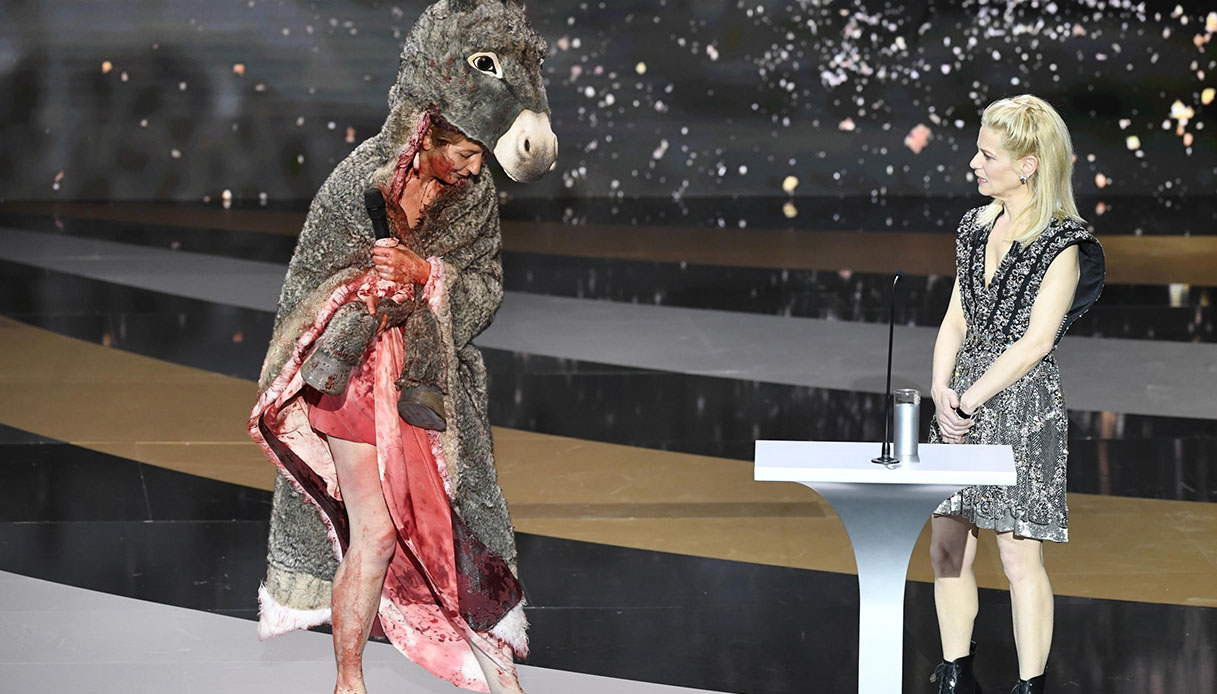 Corinne Masiero undresses at the Césars

Barbara Catucci
8010 posts
Previous Post
Sanremo, Giovanna Civitillo: "Amadeus the hero, in the evening he could not undress"
Next Post
Domenica In, Noemi talks about her change: "An obstacle course"