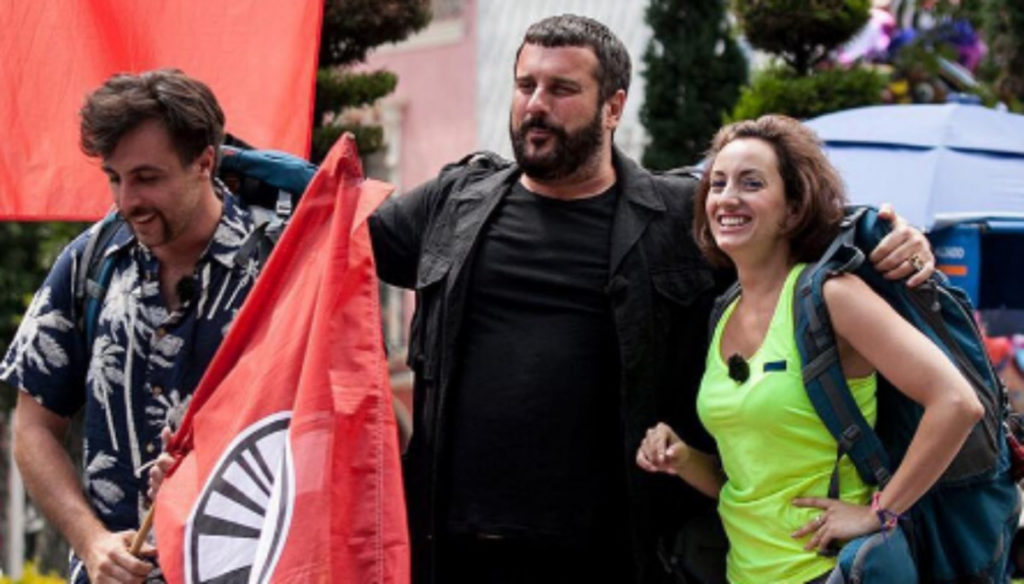 The Beijing Express race is heading towards the end and, after the elimination of the Strangers, the Socialists have tried to eliminate Tina Cipollari

Beijing Express arrived at the semi-final. In the last episode a double elimination was scheduled for couples. The first to be eliminated were the Spouses, Clizia Incorvaia and Francesco Sarcina, while at the beginning of the semifinal the challenge between the Strangers and the Displaced was consummated. The last-ditch challenge saw Tina Cipollari and Simone Di Matteo challenge each other on one side and Silvia Farina and Marco Cubeddu on the other.

The couples had to get 10 peppers, 10 avocados and 10 tortillas from the population, before hitchhiking to Fuerte Loreto, taking the food with them. There they found a Beijing Express judge waiting for them, who handed them the flag to take to Costantino della Gherardesca.

Finally, the Moves have won for a few seconds. Tina Cipollari once again won, earning the final and eliminating Silvia Farina and Marco Cubeddu. After the embrace with the vamp of Men and Women, Constantine asked the eliminated for a comment on their experience in Beijing Express. "Love had to be born, perhaps a friendship was born," the host asked, but while Silvia was moved, Cubeddu replied: "Perhaps mutual disregard".

The other couples resumed their divided race and at the end of the stage they got married, signing the "new love" with a kiss. Marco and Simone were the first to marry and get married. Shortly afterwards it fell to Lory and Diego, who commented: "I don't know Marco, but I think my boyfriend is happy." Between Cristina and Alessandro the passion broke out, while Alessio said he was happy to kiss Tina, stating that he wanted to "lemon all night" with her.

Once again the vamp was the protagonist of the evening among the "No Maria I go out" shouted to the megaphone, the gestures to the camera and the eaten insects. In the final, however, she is the one to lose. In fact, the Moves moved last to the stage and were eliminated by the Socialists, not without controversy from Tina Cipollari. The couple was saved by the black envelope opened by Costantino della Gherardesca who decreed the stage as "non-eliminatory".