Being a father, yesterday and today 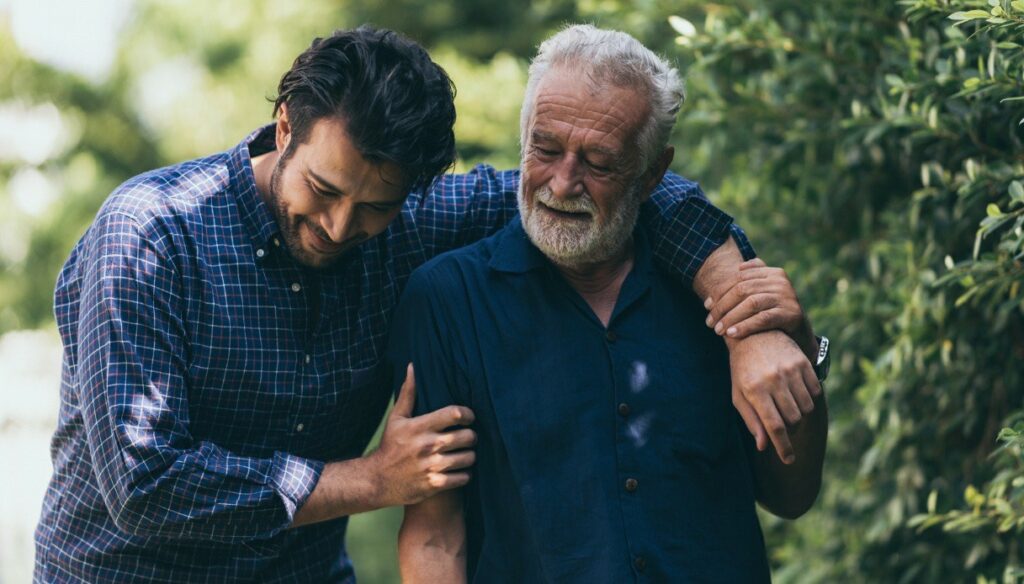 Being a brave man means not being afraid of being a father. But things have changed in recent years

We often talk about the profession of father, about the fundamental role of this parental figure in the life of children, especially now that the conviction that it is the mother who must necessarily take care of the family has been undermined. Because children need a mom and a dad, equally.

And if it is true that being a brave man means taking on the burden and the honor of such an important role, without fear and various excuses, it is equally true that the figure of fathers, compared to a few decades ago, has evolved, it is changed significantly.

Yesterday's fathers had this inexplicable predisposition to increase the distance between them and their children as if there was a veto on sharing moments of intimacy and affection. There was no dialogue, or at least not to the extent that a child could counter the thoughts or impositions of the paternal parent.

An interesting article by Luisa Miniati, published in the Italian Review of Family Education, returns through a series of autobiographical testimonies of the second half of the twentieth century, the figure of a fearful father. Giorgio De Chirico, for example, in an interview with Dacia Maraini, told of the coldness of the relationship with his father: "We loved each other. But we talked little. He was a Puritan, a closed and severe man ”.

Renato Guttuso also spoke of his father in the same way: “Very energetic. Severe. Formal. Sometimes you had to wear a jacket and respect good manners ”. And the examples could go on indefinitely with the same common denominator: authoritarian fathers with the absolute role of fulfilling their duty, always maintaining precise spaces and distances not to be exceeded.

Because yes, not so long ago, man was not allowed to be able to express his feelings, hug his children or show his weaknesses. A master father, in charge of the patriarchal society, could not admit that he did not know something.

And to all this were added the attitudes of women who contributed to making the man the undisputed head of the family and his words a law to follow. Today all this has changed, the rules are the same for everyone within the family, even if they are "dictated" by the mother.

Without falling into criticism and judgment of what is right or wrong, we just want to emphasize how evident it is that today's fathers are different from those of yesterday and live their role in a more difficult way because they do not have role models. which ones to draw from, since those of the past have now been abandoned.
The role of father, today, is gradually being redefined and it is clear that there is no instruction booklet to follow to become model fathers or to do the right thing. On the contrary, however, it is important to remember how fundamental the role of the parent is in the life of the children and to be aware that, in one way or another, one always becomes a model for them. It will be up to them to choose whether to imitate him or not to follow him.

Being a brave man means not being afraid of being a father.

Ilaria Barabrossa
1538 posts
Previous Post
A step from heaven 6, a record debut: the drama of Emma and the arrival of Carolina
Next Post
How to clean and sanitize your smartphone