Benjamin Mascolo and Bella Thorne get married: the announcement on Instagram and the ring 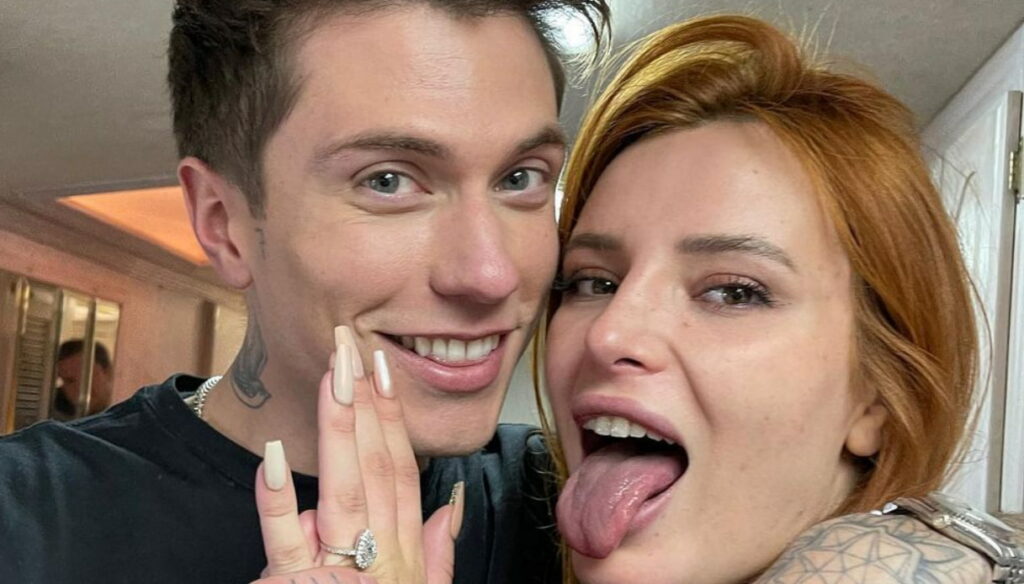 Benjamin Mascolo and Bella Thorne get married: the couple's announcement on Instagram after two years of love

Benjamin Mascolo and Bella Thorne are getting married: the announcement came thanks to a post published on Instagram in which the actress and the singer also showed the engagement ring. "He said yes!", Wrote the artist of the duo Benji and Fede simply, publishing some photos in which he happily kisses his girlfriend. In the Stories of Instagram instead a video appeared in which Thorne, moved and excited, shows the precious received from her boyfriend.

The love between Bella and Benjamin has been going on for about two years and after a long separation due to the lockdown, the young people have decided to take the plunge. In 2019, the singer and the actress confirmed that they were in love after numerous sightings and rumors. At the time, Bella was returning from a polyamorous relationship with Mod Sun and Tana Mongeau, while Benjamin had recently closed the love story with actress Demetra Avincola, known for having played the role of Margot in the famous fiction A Doctor in the Family.

In February 2020, Bella had stayed next to Benjamin on the occasion of the announcement of the farewell to the duo Benji and Fede, collaborating with him in the video for the single Until the stars shine, the first single of the EP titled California. Some time ago Benjamin had confessed to Bella Thorne, recounting their bond and the dream of a family. “Bella is the most intelligent and open-minded woman I have ever met in my life – she revealed to Grazia -. I commute between Modena and Topanga, an area 40 minutes from West Hollywood. Bella has a beautiful house on top of a mountain. We stand there or we take the bikes and go around. I practically already live together. Marriage and children will come, it is natural that you think about it. It's not that I'm in a hurry. Also because before doing it, you have to take off various satisfactions. After all, however, I have already taken off many, many ".

The singer later clarified his relationship with Bella: "Let's dispel this legend, Bella and I are not in a polyamorous relationship – he explained -. Only her and I are engaged, but I'm open minded when it comes to her and other women. I try to be less jealous ”.

Barbara Catucci
7903 posts
Previous Post
Gianni Morandi, the video from the hospital: "I was really lucky"
Next Post
Harry challenges William and remembers Lady Diana: "Losing her left a hole in me"