Berlusconi, complicity with Marta Fascina: the photo and the best wishes on Instagram 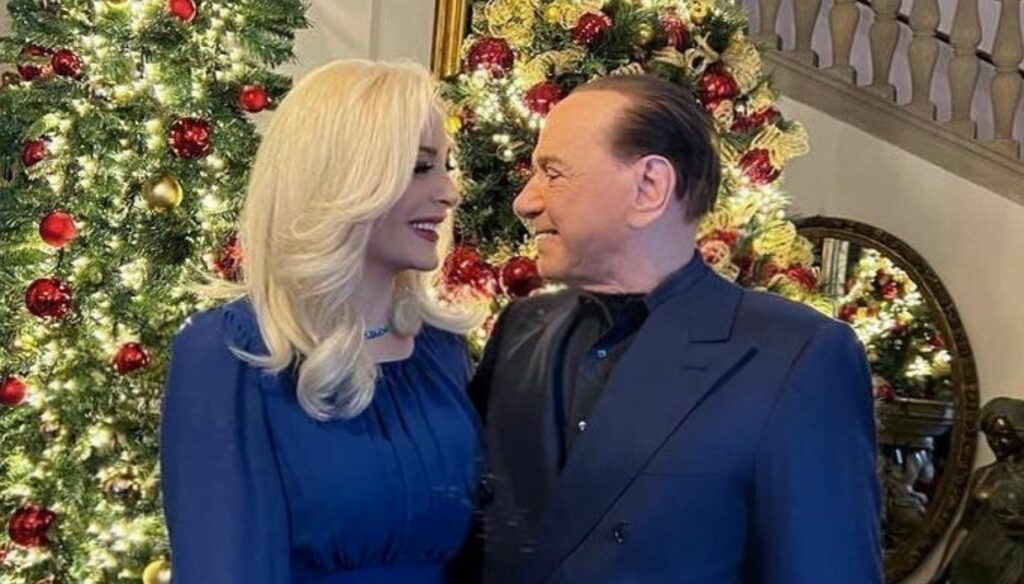 Silvio Berlusconi, on the occasion of Marta Fascina’s birthday on January 9, shared a photo on Instagram: looks of complicity

We had not missed the Royal-style Christmas card by Silvio Berlusconi and Marta Fascina: wrapped in a blue dress, we were struck by her enormous style, a dream dress. For Marta’s birthday, on January 9, the former Premier shared a photo on Instagram. A private shot, which highlights a look of unparalleled complicity. To accompany the caption, a few words: “Happy birthday, Marta”.

On the day of the 32nd birthday of the Fascina, Berlusconi wanted to pay tribute to her on his official Instagram profile. A shot where you can breathe the Christmas air, with the decorated house, the sparkling lights and the pine needles to create an intimate atmosphere. For just over two years, the Knight and the Fascina have been together: the relationship had become public knowledge at the beginning of 2020.

Some shots, at the time, had portrayed the new couple in Switzerland: some indiscretions on the pages of gossip columns, then confirmation. To seal the bond between the two, Berlusconi has shared photos on his Instagram feed in the last period. The most recent was on the occasion of Christmas, to wish his followers happy holidays.

Berlusconi and Fascina, the Christmas card

Christmas greetings from Silvio Berlusconi and Marta Fascina had not gone unnoticed by most. A shot made ad hoc, in the wake of the Royal style that is very popular: one next to the other, in a suggestive setting, with a white tree soaring, decorated with the classic Christmas balls. Composed and smiling, the style of the Fascina had conquered us: a princely dress, blue in color, with a shrug buttoned at the neck. A refined style choice.

It seems that blue is a much loved color by Marta, from the moment she also showed it off in the shot shared by Berlusconi on the occasion of her birthday. After all, it is a nuance that evokes tranquility and harmony, and which is famous for generating a balance of emotions. It cannot be a coincidence, therefore: the eye also wants its part.

Marta’s dedication to Berlusconi for his birthday

Il Cavaliere and la Fascina are not a couple that could be defined as social. However, on important occasions, they do not fail to show themselves on social networks: even Marta had made her birthday wishes to Silvio on 29 September. Compared to Berlusconi, she let herself go in a “Happy birthday, my love”, also inserting a heart in the caption and showing all her affection for her partner.

Born in 1990, originally from Melito di Porto Salvo in the province of Reggio Calabria, the Fascina won the heart of the former Premier with sweetness, intelligence and beauty. A very important aspect of her history with Berlusconi is that even her ex-wife, Veronica Lario, decided to meet her (and even approved her). An important story, which is doing Silvio good: the health problems he had to face in 2021 he was able to overcome serenely with Marta at his side, who supported him at all times. 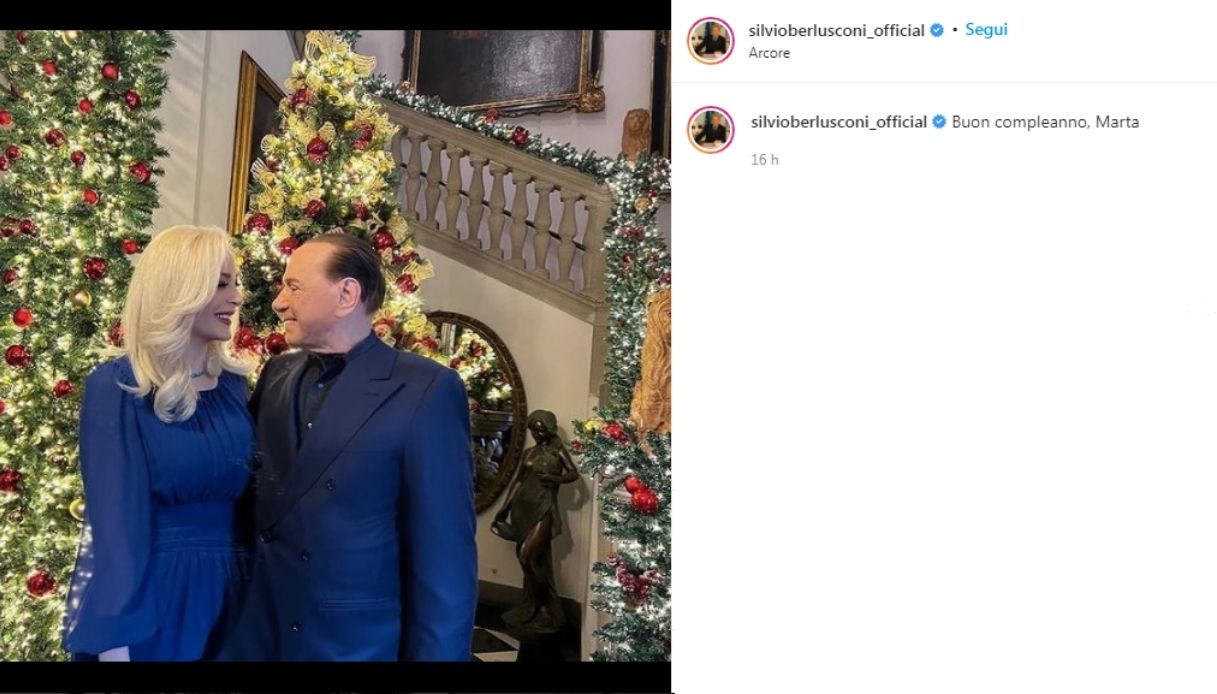 Giovanna Pirri
6125 posts
Previous Post
Tell me what hat you wear and I’ll tell you who you are
Next Post
Elisabetta Canalis, the vinyl skirt is super sensual and a must of the season
You must be logged in to post a comment.
Menu