Between contradictions and weaknesses: why the body positive movement has failed 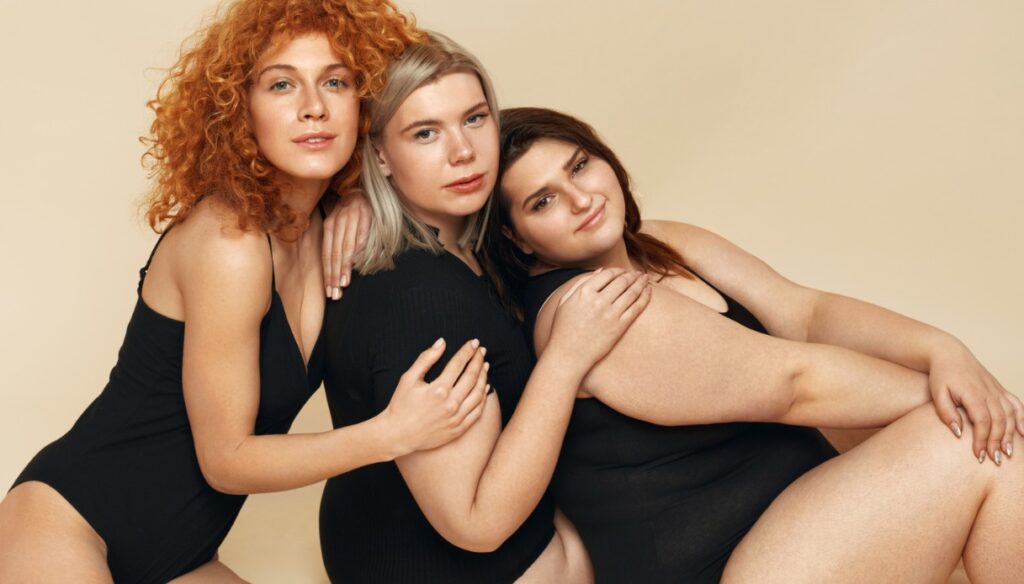 Between exploitation, guilt and spectacularization of defects to sell and talk about them at all costs. What is really left of the body positive movement?

The cultural debate on body positivity has held the attention of the media, and beyond, for years now. Accomplices personalities of the stars system and outspoken influencers who express themselves in favor of diversity, curves, plus-size bodies and more generally of all those physical aspects that, up to now, have been labeled as defects. Even better if hidden.

There are those who then rode the wave, as happens with things that work. This is the case of companies, more and less known, that have created ad hoc advertising campaigns promoting true beauty, the one far from perfection to which we were now used to.

But identifying a problem does not mean solving it. And after more than a decade of debates, photographs on social media and curvy models on billboards, the situation hasn't changed much. Women are still dissatisfied with their bodies, as evidenced by the obsessive search for ways to appear younger, more beautiful, thinner. Perfect.

If it is true that long ago one could easily pale in front of the beauty and perfection of the models chosen for television programs or catalogs, it is also true that in recent times things have turned upside down. In short, accepting those extra pounds, or defects such as stretch marks and cellulite, does not necessarily imply unhappiness. Nor does it remove those privileges that seem to belong only to those who are thin and beautiful.

This was the message we wanted to convey by including the presence of "normal" women in TV programs and on the covers of newspapers. Leaving aside the discourse on normality and beauty, which respectively follow objective and subjective standards, the goal of the body positive movement was to change the way the body was perceived by society in general.

And yes, characters with plump and shapely physiques now also appear in films, not only as outcasts or subjects of transformation from duckling to swan, but as strong, independent and successful women. Able to love and be loved. But it didn't take long for even this normality to become the object of standardization.

Having become a mainstream trend, body positive has once again seen the commodification of women's bodies. Monetization and politicization by brands and public figures has meant that other exclusions are created. The increasingly overbearing presence of models with hourglass bodies, but with upturned noses and full lips has created other standards of beauty: women with curves and a few extra sizes but extremely beautiful.

Of course, companies have stopped using Photoshop, just as influencers have found the courage to show themselves without filters, but since body positive has become a trend, cleverly embraced by marketing, its message has been completely distorted. Because it is not enough to take faces like Ashley Graham and propose them almost everywhere when, despite the extra sizes, the model is still a girl with an objectively beautiful face. And no, we can't all identify with her.

Even the defects, so much praised, shown and put in the spotlight, have become objects of a spectacle. And this isn't staged to spread the message of body positive, more like something destined to become the star of a show. Thus the defects are not cleared through customs, but spectacularized. And this should make us feel less alone or less dissatisfied with a defect that belongs to us?

To all this there is also another reflection that is too often underestimated. Why does suffering from a physical defect have to be wrong? There are those who manage to accept their bodies and consider imperfections as a strength, unique and peculiar characteristics. But who has decided that the same thing must apply to everyone? There are people who want to lose weight, or to resort to aesthetic interventions, not necessarily to accommodate the stereotypes of society, but for themselves.

The compulsion to accept one's own body, on pain of a great sense of guilt and exclusion (which in itself is a paradox), is yet another demonstration of how much even such a positive movement actually has a dark side.

A research conducted a few years ago by the American Psychological Association confirmed that still many, too many women, and much more than their male counterparts, are dissatisfied with their bodies. This is a condition that inevitably leads to the development of eating disorders, stress and depression.

The research examined over 200 studies carried out from 1981 to 2021 and it emerged that, in the early 2000s, there would be a significant turnaround. In particular, the concern about body weight would have been less than the peak reached, however, in the 90s.

According to another research conducted by the Royal Society, it emerged that women confronted with models of perfection, especially physically speaking, create discomfort and dissatisfaction. On the contrary, however, the massive presence of normal weight or overweight figures can reduce this general condition of frustration towards one's body.

However, we cannot forget the comparison with reality and how, also other people, make us feel less or more beautiful according to our body. Just think of Adele's physical transformation following her weight loss, and the general clamor and enthusiasm of people who certainly consider her more beautiful without the excess pounds. In short, even weight loss is news, when in reality this should not even be a reason for discussion.

Also in Italy, recently, we have witnessed a similar phenomenon following the metamorphosis of singer Noemi, also celebrated by the star in the album of the same name. In this case, however, it was she herself who demonized those extra pounds by talking about the frustration felt with an overweight body.

Is there a solution?

The considerations made so far return a rather complex scenario, not without unknowns and reflections. There is still a long way to go. And the solution could be to stop commodifying and exposing women's bodies at all costs. That each of us carves out his own space to live peacefully, without suffering lack of respect and judgments, without having all those pressures on him, for one reason or another.

In this controversial scenario, however, a new school of thought makes room that could forever revolutionize the way of thinking about the body: to love it without thinking too much about it. The movement is called body neutrality and conveys the importance of learning to focus energy and thoughts on what the body allows us to do, and not on its aesthetics.

The movement brought to the fore by life coach Anne Poirier invites you to love your body without being obsessed with it. Will this be the solution?

Giovanna Pirri
5951 posts
Previous Post
Philip, because the Duke of Edinburgh was a Prince and not a King consort
Next Post
Isola, Brando Giorgi under accusation for the gesture towards Beppe Braida