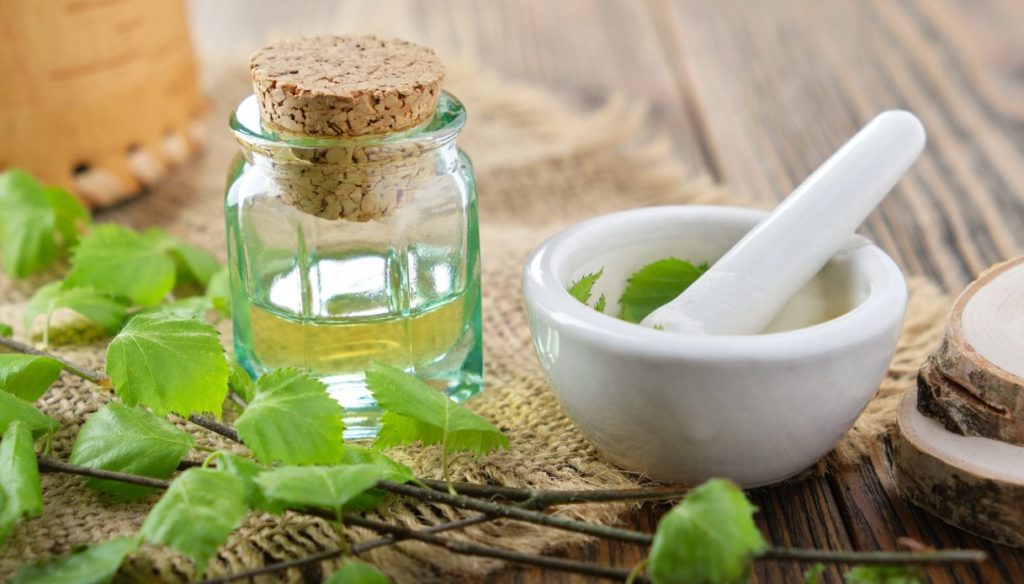 Characteristics of the plant

Birch is a tree that belongs to the Betulaceae family, widespread in the northern area of ​​the northern hemisphere. In Italy, birch grows spontaneously in the Alps and the Apennines, where it prefers damp, cool and shady woods. There are various species of birch, including Betula pendula, Betula pubescens and their hybrids, including Betula alba.

Generally speaking, birch trees reach heights between five and fifteen meters and produce a stem covered with small scales and whitish bark on which long and flexible branches develop. The leaves of the birch are bright green on the upper side, greyish on the lower side and have jagged edges: in the pendulous variety the leaves are slightly elongated, pointed and glabrous, while the pubescens variety has more rounded and velvety leaves, due to the presence of hairs. The flowering of the birch occurs in spring and subsequently, the plant produces fruits consisting of overlapping bracts, whose appearance resembles thin and elongated pine cones.

The birch drug, that is the part of the plant that contains the greatest amount of active components, is represented by the dried leaves, whole or fragmented, which are collected from spontaneous and cultivated plants. The leaves of the pendula and bubescens varieties and their hybrids are characterized by the presence of numerous flavonoids, as well as acid and triterpene phenols. Flavonoids are mainly represented by rutoside, quercitoside, hyperoside, heterosides of campferol and myricetol and glycosides of quercetol.
It is above all the flavonoids that give birch leaves diuretic and aquaretic properties, which have always been exploited by folk medicine in diluting therapy to treat mild urinary disorders, such as in the case of cystitis and gravel, to increase the amount of urine and clean up the passages. urinary.

Birch is also attributed with antirheumatic, antiseptic, soothing and healing properties. Traditionally, birch is also used to lower fever and against gout, to reduce cholesterol levels, in case of azotemia and albuminuria. Today, birch-based preparations are recommended above all for draining and purifying purposes, for the well-being of the kidneys and, in association with other plants, in the formulations useful for combating cellulite, which causes unsightly orange peel.

In addition to the leaves, the bark of the birch is also used, with the same indications, the buds, the sap and the tar. The bud extractives are recommended to lower fever and flu syndromes, in case of excessive tiredness and inappetence, for infections of the oral cavity and to protect against dental caries.

The birch sap is extracted from the trunks of the plants at the end of winter; it contains mineral salts, amino acids, sugars and organic acids and is used above all for its draining and purifying action, to treat cellulite, edema and to prevent kidney stones.

The tar is instead the oily fraction of the condensable liquid that is produced by dry distillation of the parts of the plants. It contains hydrocarbons, phenols and terpenes that exert anti-inflammatory, antiseborrhoeic and keratolytic activity and is used especially in the case of eczema and psoriasis, incorporated in creams for localized treatments.

How to use it

Fresh or dried leaves of birch, whole or fragmented, are used to prepare various formulations to be administered orally, including herbal teas, powders, dry extracts or liquids. Herbal teas are prepared by infusing 2-3 grams of birch leaves in 150 milliliters of hot water and are consumed up to four times a day in case of gravel and minor urinary tract diseases, for two to four weeks.

The birch bud extract is taken instead in case of fatigue, fever, water retention, in the measure of 40-50 drops once or twice a day between meals.

Birch sap, indicated in purifying treatments, gout and cellulite, is administered in the morning before breakfast, adding 50 drops to a glass of water.

Finally, birch tar is used in percentages equal to 5% in topical preparations for localized treatments.

Contraindications, interactions and side effects

Birch preparations should be used over 12 years of age and are considered safe.

The intake of birch has no significant side effects but there have been reports of gastrointestinal problems following the administration of birch. Birch can also trigger allergic reactions in susceptible individuals, causing allergic rhinitis, skin rashes and itching.

People suffering from severe heart or kidney disease, for whom it is recommended to limit their fluid intake, should not use birch-based products. The use of birch tar can also cause allergies, irritation, chronic dermatitis and folliculitis.